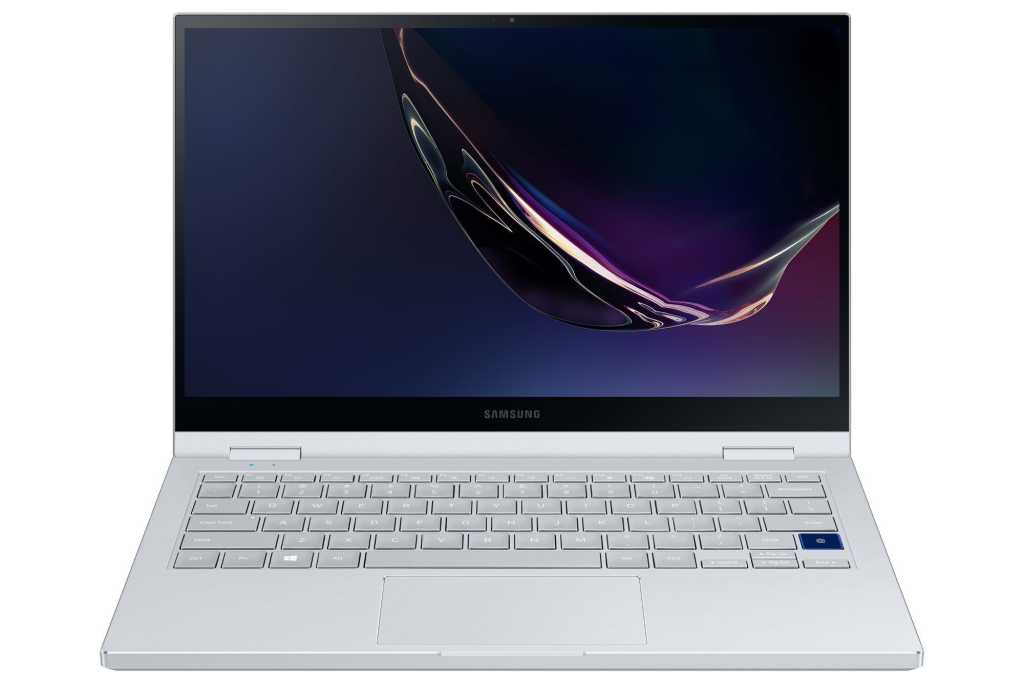 Samsung’s QLED-equipped Galaxy Book laptops are coming, and no, you won’t have to spend north of $1,000 for them. The upcoming Galaxy Book Flex α (or “alpha”) is slated to arrive in the first half of 2020 with a relatively tame sticker price.

Starting at $830, the 2-in-1 Galaxy Book Flex α is a variant of the pricier Galaxy Book Flex. Its differences include a slightly thicker and heavier shell, a smaller battery, and pared-back features. Then there’s its 13.3-inch QLED (or quantum-dot) display, complete with 1080p resolution, 100-percent color accuracy, and up to a whopping 600 nits of brightness.

Let’s pause for a moment to dig into the details:

A few things pop out when taking a glance at the Galaxy Book Flex α’s specs, starting with the fact that the alpha is a hair thicker than the comparable 13-inch version of the standard Flex and slightly heavier. That said, the teeny difference in girth and weight probably won’t be too noticeable in a backpack or briefcase.

Samsung didn’t give us much detail in the processor department, other than that it’s a 10th-gen Intel CPU. Given the integrated Intel UHD graphics core, it’s a pretty safe bet that we’re in Comet Lake territory rather than the Ice Lake CPU in the Flex 13, but we’ll update this story once Samsung gives us some clarification.

Also a step down from the standard Galaxy Book Flex are the Flex α’s maximum memory and storage capacities, which are capped at 12GB and 512GB respectively, versus 16GB and 1TB for the pricier Flex.

Another key missing feature is Thunderbolt 3. The Flex α settles for plain USB-C, although at least the newer, cheaper Flex throws in a pair of legacy USB 3.0 Type-A ports. The standard Galaxy Book Flex serves up a pair of Thunderbolt 3 ports and USB-C, but no USB Type-A ports.

Then there’s the battery: The Flex α makes do with a 54 watt-hour battery, compared to the 69.7Wh battery in both the 13-inch and 15-inch Flex laptops. Samsung promises up to 17.5 hours of battery life from the Flex, but we’re curious to see if that estimate stands up to real-world conditions.

Last but not least, one of the niftiest features in the Flex 13’s bag of tricks—a wireless Galaxy phone charger that’s integrated into the touchpad—has been cut for the Flex α.

So much for what’s missing from the Galaxy Book Flex α. Which features did make the cut?

First and foremost, the Flex α doesn’t skimp in the display department, with Samsung execs taking pains to emphasize their goal of delivering a QLED-equipped laptop with a “palatable” price point.

You also still get the Royal Blue aluminum casing, along with a fingerprint reader for biometric security, an included S Pen, and speedy Wi-Fi 6 wireless networking.

So yes, we’re looking at some notable compromises to squeeze a QLED display into a slim and trim $830 laptop, but we’re not seeing any deal-breakers given the (relatively) bargain price tag, either—or at least, none on paper. We’ll take a closer look at the Flex α once we’re on the scene in Las Vegas.