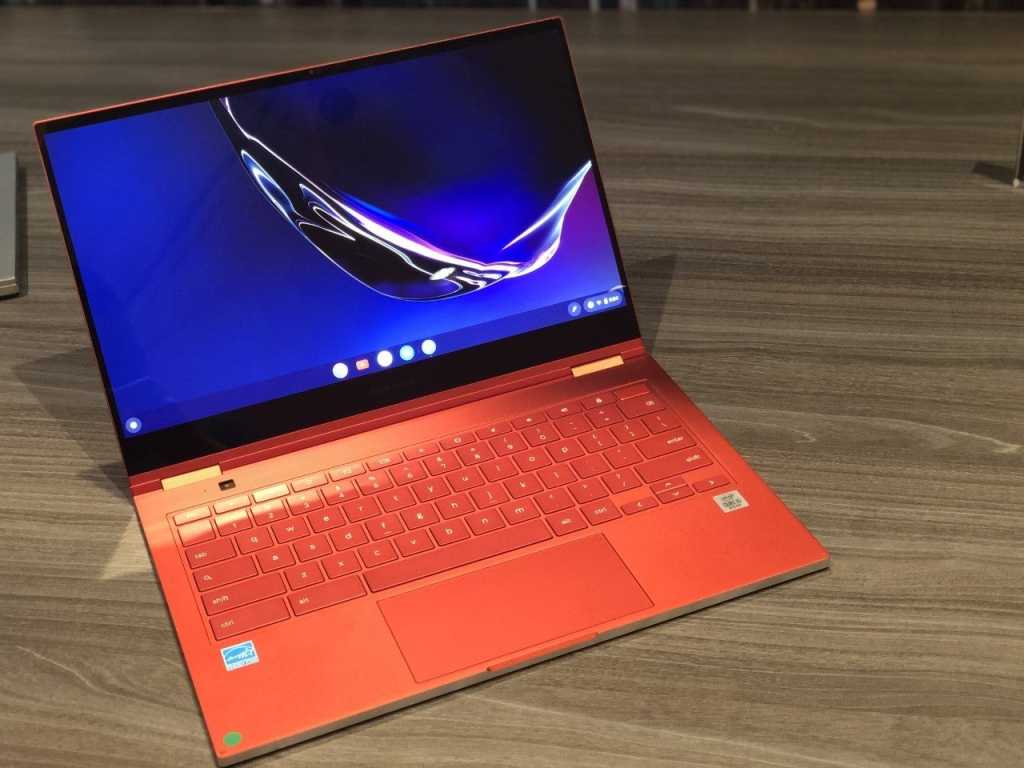 Samsung never had to make the Galaxy Chromebook—a thin, light, and beautiful convertible laptop with a price to match. The company is doing just fine churning out the low-end Chromebook models that dominate sales on Amazon. Why mess with a good thing?

The fact that Samsung has made the Galaxy Chromebook anyway signals that the company is ready to join the small, but scrappy movement to make premium Google laptops. And if Samsung is joining up when it doesn’t have to, maybe this movement is finally a thing.

A Chromebook that makes a statement

Announced Monday at CES in Las Vegas, the Galaxy Chromebook will be available in Q1 2020, with a starting price of $1,000. That makes it one of the most expensive Chromebooks you could buy. Other vendors have tried to play in this space, and there’s rarely been any traction.

Samsung has truly committed to the style part by offering a Fiesta Red-colored Galaxy Chromebook (pictured above) that could only be called a statement piece. Maybe the other available color, Mercury Gray, is the safe option, but a shiny red laptop is just the kind of desirable object that could draw more people toward premium Chromebooks.

Later, Samsung’s Stephen Hawke acknowledged to PCWorld that cheap Chromebooks continued to dominate. He turned it into a positive, saying, “we’re comfortable playing at both the low end and the high end.” Hawke reiterated that the number of users looking for premium Chromebooks was growing. “People are asking for better experiences and are willing to pay for it.”

Based on the specs alone, the Galaxy Chromebook would make most mainstream users pretty happy. The Core i5 U part (from Intel’s 10nm 10th-gen Ice Lake line—state of the art) is the go-to CPU for productivity computing; the RAM and storage are generous; and then, of course, there’s the gorgeous display. It’s all sheathed in a durable aluminum chassis with a soft, smooth, and slightly sparkly finish. Here are the other details we know:

There’s one spec in particular to note: battery life. That 4K display may look fantastic, but we’ve seen such high-res screens take down other laptops’ longevity by as much as one-third.

Samsung’s Stephen Hawke said, “battery life isn’t the priority” for the Galaxy Chromebook, admitting, “the AMOLED display definitely impacts it.” He thinks people will choose the display quality over the battery life. The 10-hour estimate should be taken with a grain of salt, in any case—your mileage will vary.

The Galaxy Chromebook offers some unusual features, most notably an integrated pen tucked neatly into a spring-loaded garage on the right side, where it also charges. These smaller, skinnier pens aren’t necessarily comfortable for prolonged use. Still, you’re more likely to use it rather than lose it, unlike the precarious lives of pens stashed in pen loops or dropped into your bag.

Right above the pen garage you’ll find a fingerprint reader. You also get two cameras, a 1MP one at the top of the display and an 8MP model above the keyboard tray (shown below). You’d use the latter to take photos when the Chromebook is in tablet mode.

We’ve seen premium Chromebooks come and go for some years now. Is it finally their time to shine? Samsung’s Hawke said evolving user needs were driving the growth of higher-end options. “For the things people do online now, like video streaming, you need a better class of Chromebook.”

I think the best idea was to offer the Fiesta Red. Even the nicer Chromebooks available today tend to look bland, let alone the lower-end models. The Fiesta Red Galaxy Chromebook is a gutsy move some users will respond to. The high-end Chromebook hardware may win some heads, but the Fiesta Red will win the hearts.