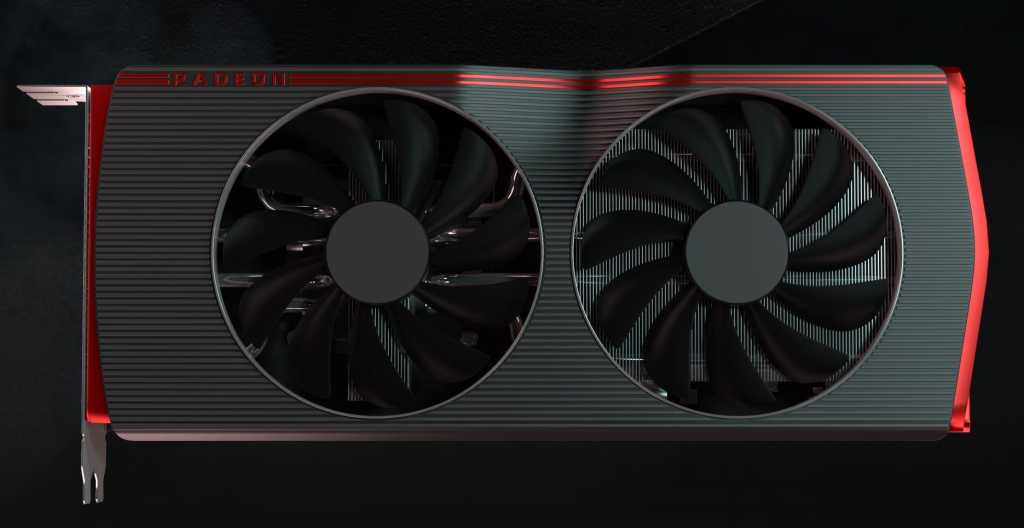 AMD’s stunning Ryzen 4000-series laptop processors might have stolen the show at the company’s CES 2020 keynote, opening a new front in the war with Intel, but CPUs didn’t steal the entire spotlight. On Monday, AMD’s graphics division announced the Radeon RX 5600 XT, a high-performance 1080p graphics card designed to slot between the 1440p-focused Radeon RX 5700 series and the more mainstream Radeon RX 5500 XT. It takes a direct shot at Nvidia’s lucrative sweet-spot graphics cards, the at $230 GeForce GTX 1660 Super and $280 GTX 1660 Ti.

There wasn’t much left to actually reveal after abundant leaks from AMD partners spoiled the surprise during the last couple of weeks. Fully fleshed-out product pages detailed everything from clock speeds to core counts ahead of the announcement, and with all of AMD’s Radeon RX 5500-series graphics cards enjoying the same underlying “Navi” RDNA architecture features (like PCIe 4.0 support and a cutting-edge display engine), the only real question left was the card’s pricing. It’s competitive: $279.

That equals the price of the GeForce GTX 1660 Ti, and based on the early benchmarks revealed by AMD, the Radeon RX 5600 XT should best it. (Insert obligatory “take all vendor-provided benchmarks with a grain of salt until independently verified” here.) But the $230-plus GTX 1660 Super is almost as fast as the GTX 1660 Ti, and while AMD says it beats even heavily overclocked versions of that card, the margin of that claimed victory will make a difference in this price-sensitive product segment.

But enough price talk! Onto the graphics card itself.

The Radeon RX 5600 XT is essentially a down-clocked version of the $350 Radeon RX 5700 with a reduced memory configuration. Its 36 compute units pack the same 2,304 stream processor count, but clocked much lower, at 1375 game and 1560 boost clocks. By comparison, the reference Radeon RX 5700 hit 1625MHz game clocks (the typical clock speeds you can expect to see while gaming).

And while the pricier RX 5700-series kept their GPUs fed with 8GB of GDDR6 RAM over a 256-bit memory bus, the new Radeon RX 5600 XT sticks to 6GB of 12Mbps GDDR6 memory over a 192-bit bus. Don’t scoff, though: Moving to faster GDDR6 memory gives the Radeon RX 5600 XT an overall memory bandwidth of 288GBps, while the older Radeon RX 590’s GDDR5 RAM only hit 256GBps overall bandwidth despite using a wider 256-bit bus and a larger 8GB capacity.

The move to GDDR6 and improvements in the Navi architecture help the Radeon RX 5600 XT be much more power efficient than the card it’s replacing, too. After years of lagging far behind Nvidia, the Radeon RX 5000-series finally pulled ahead of GeForce GPUs in efficiency, as tested on the 5700 and 5500 GPUs. We expect the Radeon RX 5600 XT to continue the trend.

In a briefing with journalists ahead of its keynote, AMD said its new GPU is faster than Nvidia’s GTX 1660 duo by up more than 30 percent depending on the game, though it admits that it may be closer to mid- to low-single digits in some titles. Different game engines respond differently to Nvidia and AMD’s architectures. And compared to the older GeForce GTX 1060, the most popular graphics card in Steam’s hardware survey, well, it’s a bloodbath.

Expect to see triple-A games hit north of 60 frames per second—well north, in many—and esports games to top 120fps on the Radeon RX 5600 XT, AMD says. And, yes, that’s with all visual settings cranked to the max.

The various software features built into AMD’s superb Radeon Software Adrenalin 2020 Edition, like Radeon Boost, Radeon Anti-Lag, and Radeon Image Sharpening, can help improve performance even more. As always, however, we counsel waiting for independent reviews before plopping down your cash.