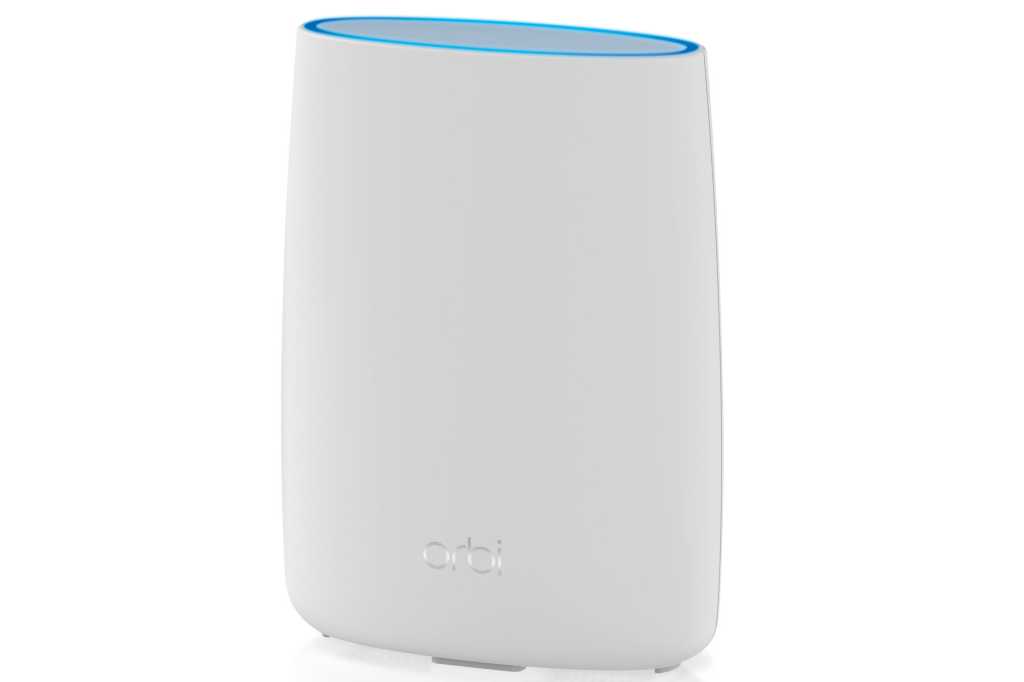 Netgear’s Orbi line of mesh routers has long been one of our favorite home networking devices, and now the company is showing a tri-band model with a CAT18 4G LTE modem built in.

Netgear will aim the Orbi 4G LTE WiFi Router at consumers living in areas that high-speed broadband providers have previously ignored when it comes to fiber and cable modem infrastructure. Alternatively, the router’s 4G LTE connection can be used as a backup connection for more conventional wired broadband service, such as DSL.

With a 4G LTE connection, the Orbi 4G LTE WiFi Router is capable of sustaining a broadband connection as fast as 1.2Gbps. Whether your service provider is willing or able to provide a wireless pipe that fat—and how much it will cost to maintain a 24/7 connection to the internet over 4G LTE—is a whole other question.

As a tri-band Wi-Fi 5 router, Netgear says its Orbi 4G LTE should blanket up to 2,000 square feet with Wi-Fi coverage. If you need more coverage than that, you can add Orbi Wi-Fi 5 satellites—such as the Orbi Voice or the Orbi Outdoor to form a mesh network.

“Up to 22 percent of American homes and an even higher percentage around the world don’t have a good option for high speed internet,” said David Henry, Netgear’s senior vice president of connected home products. “It’s either too slow, too expensive, or non-existent. We are solving this problem for customers by delivering fast broadband for the home, wherever there is mobile coverage.”

Netgear is predicting that as wireless carriers roll out 5G coverage, they’ll offer more data for less money on their legacy 4G networks, and that policies such as data caps and throttling on so-called unlimited data plans will become less of an problem for consumers.

Netgear says its Orbi 4G LTE Whole Home WiFi will sell for $399.99 when it becomes available in April. Buyers will need to acquire a 4G LTE SIM card from their service provider to utilize its 4G connectivity.

Michael is TechHive's lead editor and covers the smart home and home entertainment markets. He built his own smart home in 2007, which he uses as a real-world test lab when reviewing new products. Michael also reviews routers and networking products for TechHive and PCWorld.