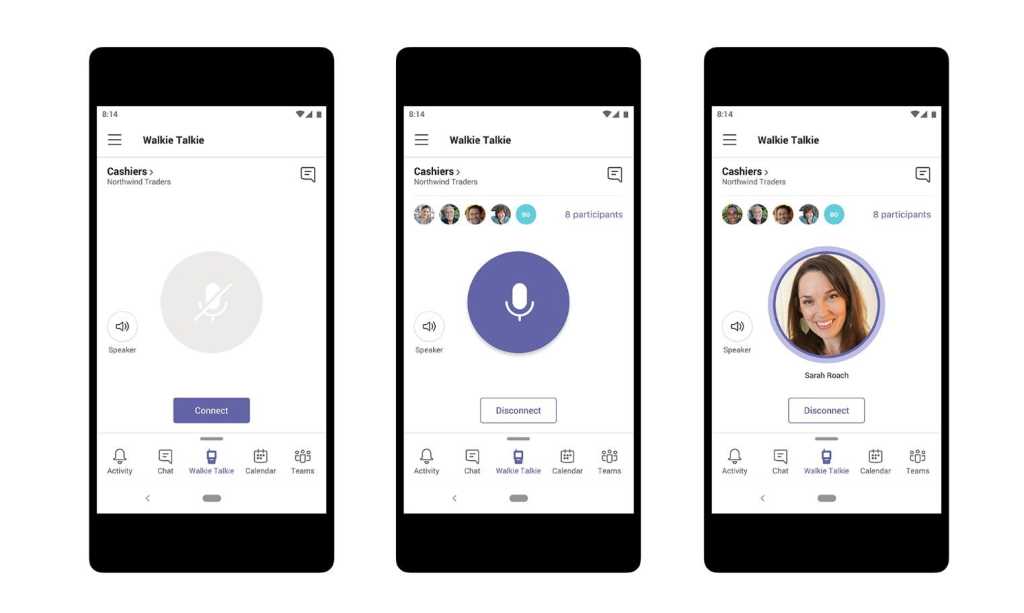 Push-to-talk has been one of those communications features that can be indispensible to a certain niche—after all, Nextel’s Direct Connect basically was the killer feature that kept the cellular company afloat before it was sold to Sprint. Now, Microsoft is building it into Teams.

Push-to-talk is different than calling features, which are already in Teams and its competitor, Slack. While a call is essentially a request to talk that is either accepted or rejected by the other party, the new Walkie Talkie feature will simply broadcast a message to a person or group of people. While Walkie Talkie presumably will work over both the desktop and mobile versions of Teams, Microsoft exclusively showed it on its mobile app, presumably to imply that it should be an integral part of Teams communication. The Walkie Talkie feature will work over either Wi-Fi or cellular, Microsoft says.

Microsoft said last November that it counts 20 million daily users for Teams, which competes heavily with Slack for those same users. Recently, Microsoft said it’s also bringing Teams to Linux, an unusual move but one that broadens Teams’ reach.

The new Teams features anticipate the upcoming National Retailers Federation show, where Microsoft is trying to establish Teams as the solution for managing what it calls frontline workers: cashiers, clerks,and other customer-facing employees.

Other Teams features that Microsoft is rolling out for NRF include SMS sign-in capabilities, a two-factor authentication method that allows a one-time code to be sent to an employee’s phone to unlock Teams. Tasks, which allows managers to set a series of to-do assignments for workers, is also new. Finally, Teams is adding a shared-device sign-out feature, which allows a user to log out of a shared phone or PC, allowing the next shift worker to take over and receive a fresh PC with no personal information stored on it. If a user is off-shift, they may not be able to access Teams, thanks to new controls Microsoft is adding.