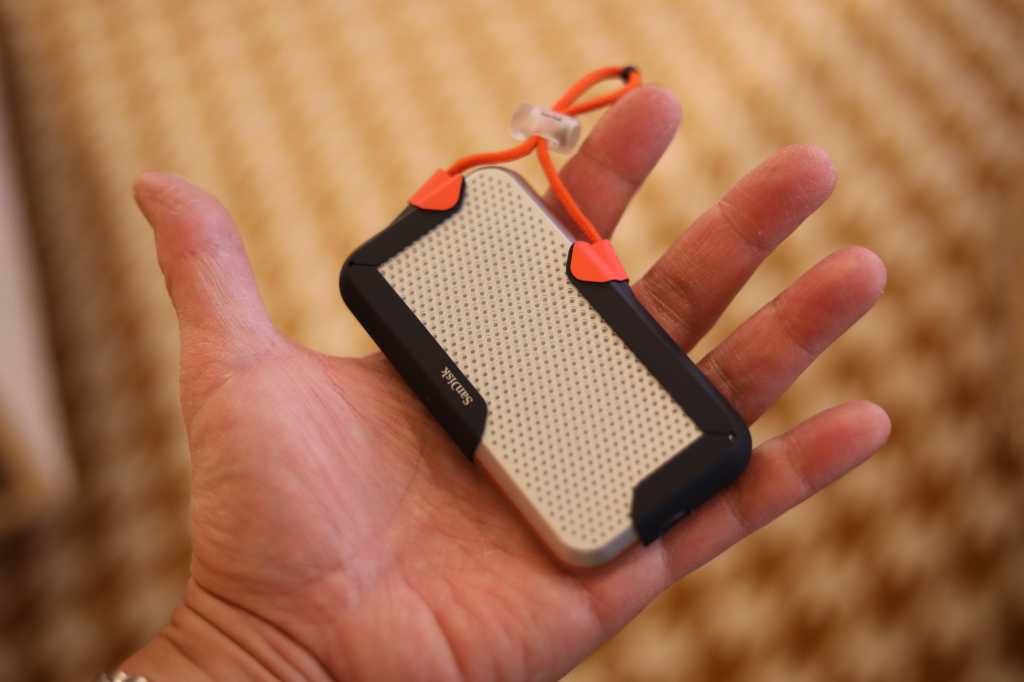 Data hoarders, rejoice: At CES, WD showed off an 8TB prototype SSD that can slip into the pocket of your skinny jeans.

The proof-of-concept drive features a loop and rubber bumpers should you drop it. But more importantly, cramming 8TB of NAND storage is a feat that hasn’t been attempted in a portable drive yet.

Most portable drives are built using standard M.2 SSDs, and for the most part, WD does the same thing here. The problem is, you can’t yet physically fit 8TB of NAND on an M.2 drive, and we haven’t yet seen any with larger capacities than 4TB. And even that capacity is rare, as the majority are 2TB drives. So, yeah, 8TB would be unprecedented.

WD said that using today’s NAND densities, it had to cheat a little by using a slightly larger PCB to mount additional chips in its prototype drive. The company did hint that the design could change as NAND densities continue to ramp up.

To ensure access to that data fast, the prototype drive is built on a USB-C interface at 20Gbps speeds. WD offiicials said the prototype is operating at about 1.6GBps read speeds, but that should improve by the time it’s released, as its WD_Black drive using the same USB interface can hit about 2GBps read speeds.

Those speeds, however, require that a host PC support the newest USB 3.2 2×2 interface, which is still fairly rare except on the highest-end motherboards. The good news is you can just buy a card supporting that interface, such has Gigabyte’s USB 3.2 2×2 host card.

No availability was announced nor was pricing released. But with volatile NAND prices this year, we’re certain it’ll be a price with four numbers in it.