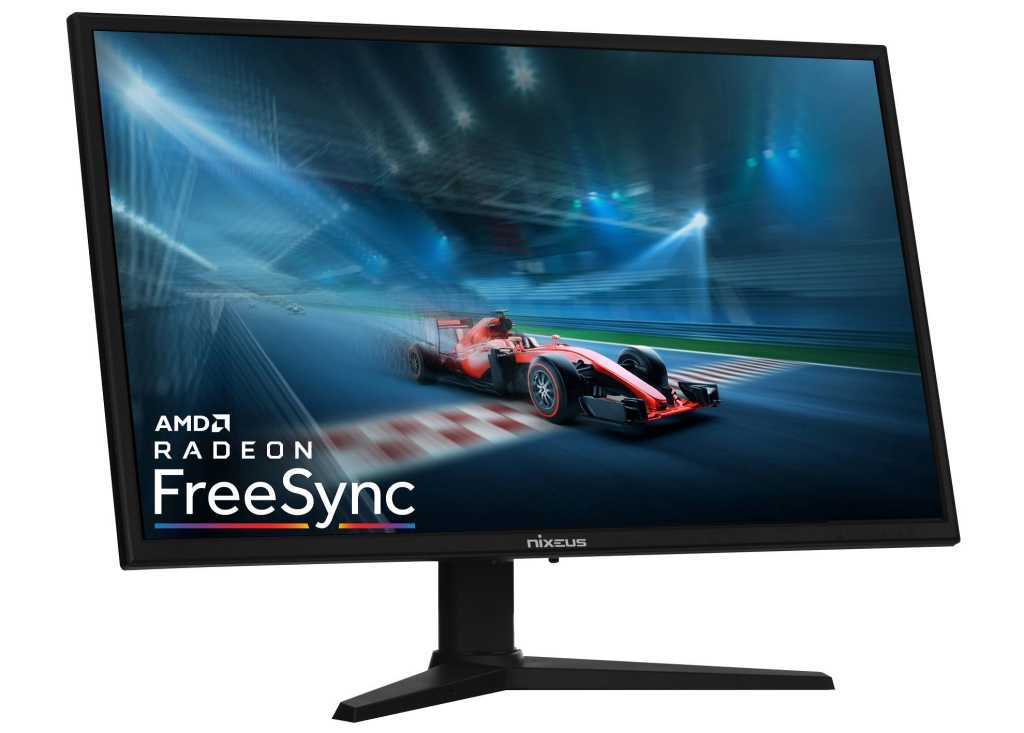 The Nixeus EDG27 was one of the best early 1440p FreeSync monitors you could buy, and at CES 2020, the company’s building on that foundation. The newly revealed Nixeus NX-EDG274K is all that and more: a 4K, 144Hz AHVA display (read: IPS-like) with a bright screen blazing at 350 nits (or 400 in HDR mode), complemented by a stark 1000:1 native contrast ratio. Better yet, the monitor comes with AMD’s gameplay-smoothing, tear- and stutter-eradicating FreeSync built in. If you own a Radeon GPU, it should kick in seamlessly, though you can also manually activate the adaptive sync technology if you own one of Nvidia’s GeForce graphics cards.

A spec list like that alone is enough to turn heads, but the Nixeus NX-EDG27K includes a few extra tricks up its sleeves.

The monitor’s dual DisplayPort 1.4 connections support Display Stream Compression technology, which means you can drive all those pixels at full speed over a single cable, rather than sending the signal over a pair of wires. DSC is relatively new technology, however, so you’ll need a “Navi”-based Radeon RX 5000-series graphics card to tap into it. (We’d suggest the Radeon RX 5700 XT, and specifically, the virtually flawless Sapphire Nitro Radeon RX 5700 XT, as it uses clever software tricks to achieve GeForce RTX 2080 Ti-like speeds.) On the Nvidia side, you’ll need a “Turing”-based GeForce RTX 20-series or GTX 16-series graphics card for Display Stream Compression. The dual onboard HDMI connections top out at 60Hz refresh rates.

Display Stream Compression’s a rare find, but even more exotic? Nixeus provides full, fine-grained overdrive control to combat ghosting. The on-screen display lets you tune the setting in 128 increments, “to precisely increase or decrease response times to minimize or eliminate ghosting according to [user’s] gaming applications and preferences.” The capability’s only available when you’re not using FreeSync, however.

With FreeSync active, the Nixeus NX-EDG274K supports variable refresh rates between 48Hz and 144Hz, with Low Frame Rate Compensation enabled to keep things smooth when performance dips below that. Overdrive and anti-ghosting automatically kicks in when FreeSync’s on. The monitor offers ultra-wide 178-degree viewing angles with a 4ms gray-to-gray response time and an HDR mode, and pumps out audio via stereo speakers or a headphone jack.

On paper, the Nixeus NX-EDG274K looks like a winner, especially given its stellar pedigree. (We’ll have a review of the recently released Nixeus EDG34 ultra-wide, curved 34-inch monitor soon, too, and spoiler alert: It rocks.) Nixeus didn’t reveal pricing, but the company tends to offer its premium products with competitive value—part of the reason we’re such big fans. Look for this monitor to land sometime in the first quarter.