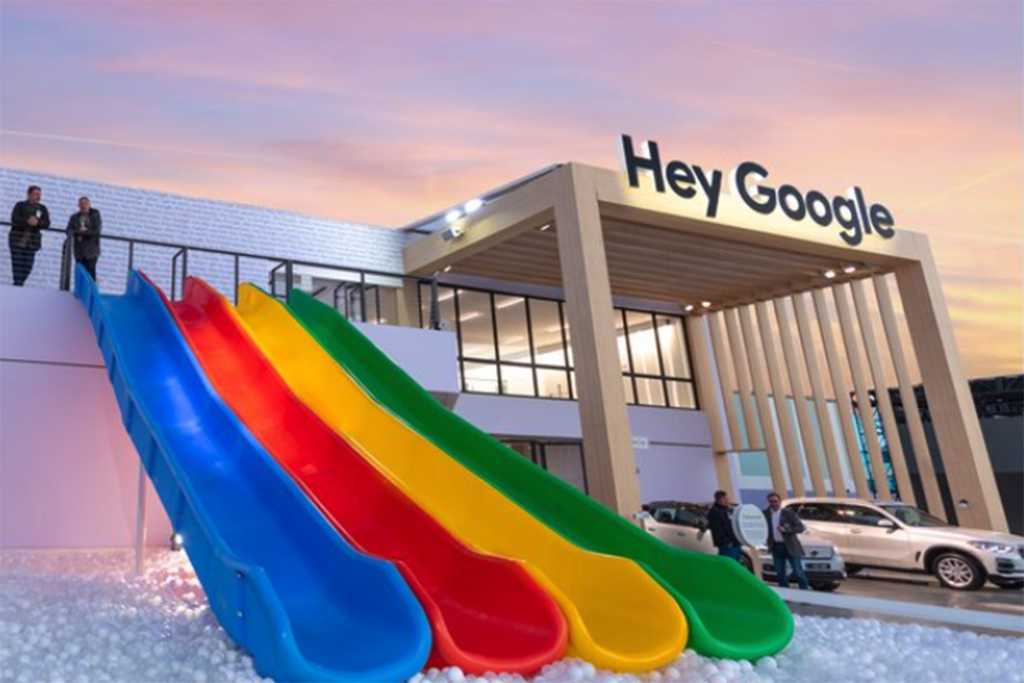 Another year, another CES in the books. Once again, the halls of the Las Vegas Convention Center were filled with folding PCs, helpful smart home gadgets, and futuristic AI dreams. But among all the hype that may or may not ship, we found some truly useful and exciting Android-related things at CES this year:

In the age of tablets, styli, and Bluetooth pencils, a dedicated drawing tablet might seem unnecessary, but Wacom has other ideas. The newest member of its family of computers, displays, and tablets is the Wacom One ($400), which brings the usual Wacom accoutrements: a 13-inch display, pressure-sensitive stylus, an integrated stand, handwriting recognition. There’s one thing this tablet has that the others don’t, though: Android support. It’s somewhat limited (supported handsets include a handful of Huawei models and the Samsung Note 9 and Galaxy S8 and later), and you’ll need to hook up a labyrinthine set of cables and dongles for it to work. But once it’s ready to go, your Android phone will get the full Apple Pencil treatment. And when you’re not using the Wacom One, you’ll even be able to use the Wacom One pen on your phone. Try doing that with an iPhone.

Android fans should be familiar with TCL through its BlackBerry and Palm phones as well as Roku-powered smart TVs, but for the first time, the China-based company is going to be making its own smartphones. At CES, the company showed off three models: the 10 Pro, 10L, and 10 5G. The high-end 10 Pro model, which TCL says will sell for less than $500, has an infinity display like the Galaxy S10, four rear cameras, and an in-display fingerprint sensor. The 10L has a rear fingerprint sensor, and the 5G model is powered by a Snapdragon 7 Series processor, likely the upcoming 5G-integrated 765 chip. TCL even demoed a folding phone prototype, one of several the company says it is experimenting with.

We don’t know much in way of availability (frankly we’d be surprised if TCL launched in the U.S.), but consider our interest piqued.

Razer made a push into Android gaming last year with the Nintendo Switch-inspired Junglecat controller, but there was just one problem: It worked only with a handful of high-end phones. The upcoming Kishi controller fixes that. Similar in theory and design to the Junglecat, the Kishi controllers “provide clickable analog controls and thumbsticks on both sides of the phone with a universal fit created in partnership with Gamevice for compatibility with most smartphones.” Rather than Bluetooth like the Junglecat, the Kishi uses your Android phone’s USB-C port, and even includes pass-through ports on the controller for charging.

We’re not sure why anyone would buy the Junglecat now, and we can’t wait to check out the Kishi when it arrives in a couple of months.

Google likes to save its biggest announcements for its own stage, of course, but it always brings something new to CES. This year, it was all about Google Assistant. The biggest news is the obverse addition scheduled actions, which lets you ask Google to turn on the coffee pot on at 6 a.m. the following morning, but there are numerous others, including:

Digital sticky notes for Smart Displays: If you want to remind yourself or someone in your home to do something, you can add a sticky note to your Google Nest Hub display just by asking Google to leave a note. Read aloud: If you’ve ever wanted Google Assistant to read a news article on your phone, you’ll soon be able to ask it to do so. What’s more, it can translate the content it reads into 42 languages. Interpreter mode: Speaking of languages, businesses will now be able to use Google Assistant as a live translator in hotels, airports, sports stadiums, and other places to help bridge language barriers. Privacy: In addition to new commands that let you clear your activity, you’ll be able to say, “Hey Google, that wasn’t for you,” if your phone or speaker accidentally triggers to forget what it heard. More devices: Google Assistant is set to blow up in 2020, with support for smart displays, speakers, headphones, and soundbars from Acer, Anker, Belkin, JBL, Lenovo, Philips, and LG, among others, all on the way.

Every time we think Android TV is ready for the Google Graveyard, something comes along and gives it new life. At CES that was the TiVo Stream 4K ($50). A massive departure for the DVR pioneer and a bid to reclaim its position as an industry leader, the TiVo Stream 4K is exactly what its name suggests: a media streamer. But while it won’t record your favorite shows or let you skip commercials (at least not yet), it will collect all of your subscribed services into a cohesive menu so you can discover new shows and continue watching the ones you love. It comes with an actual remote with actual buttons, too.

The proof of the pudding will be in how many services TiVo can get on board before it ships in April. Even if it’s half as good as we hope, it’ll be the answer to our streaming prayers.

Samsung spent CES dreaming big, but one of the more practical moon shots is something called Selfie Type. As its name suggests, it uses your Galaxy phone’s front camera to “project” a keyboard onto any flat surface and use AI to figure out what you’re trying to type. We’re skeptical, especially because Samsung wouldn’t let anyone actually try it out for themselves, but it’s definitely an intriguing idea. We’re not expecting it to ship on the next Galaxy phone, but if it does, we’ll be stoked.

We can never have enough chargers in our gear bags, especially when they can stake the claim of bringing incredibly fast charging speeds in a tiny package. Aukey’s Omnia chargers check off every box. The gallium nitride, power-delivery mini bricks are “up to 66% smaller when compared with stock MacBook 13-inch chargers” and should be able to power basically anything that uses USB-C for charging (though the top speeds will be reserved for USB-C Power Delivery-capable phones, specifically the Google Pixel). Available in 61-, 65-, and 100-watt varieties with either one or two USB-C ports, the plugs promise to be safe, speedy, and smaller than most of the ones we have now. Pricing hasn’t been announced, though Aukey’s chargers are usually very affordable. Look for the Omnias in the second quarter of 2020.

Smart speakers powered by Google Assistant are a dime a dozen, but the Belkin Soundform Elite ($300) is something different. For one, the audio comes from Devialet, so you’re getting the company’s patented Speaker Active Matching technology that “ensures radically high fidelity so you can experience music as the artist intended.” (That means it sounds good.) For another, you can pair it with any Google Assistant speaker to play multi-room audio. But the best part? It’s also a wireless charger and a fast one (9W for Galaxy phone, 10W for Pixels). Let’s see Apple’s HomePod do that.