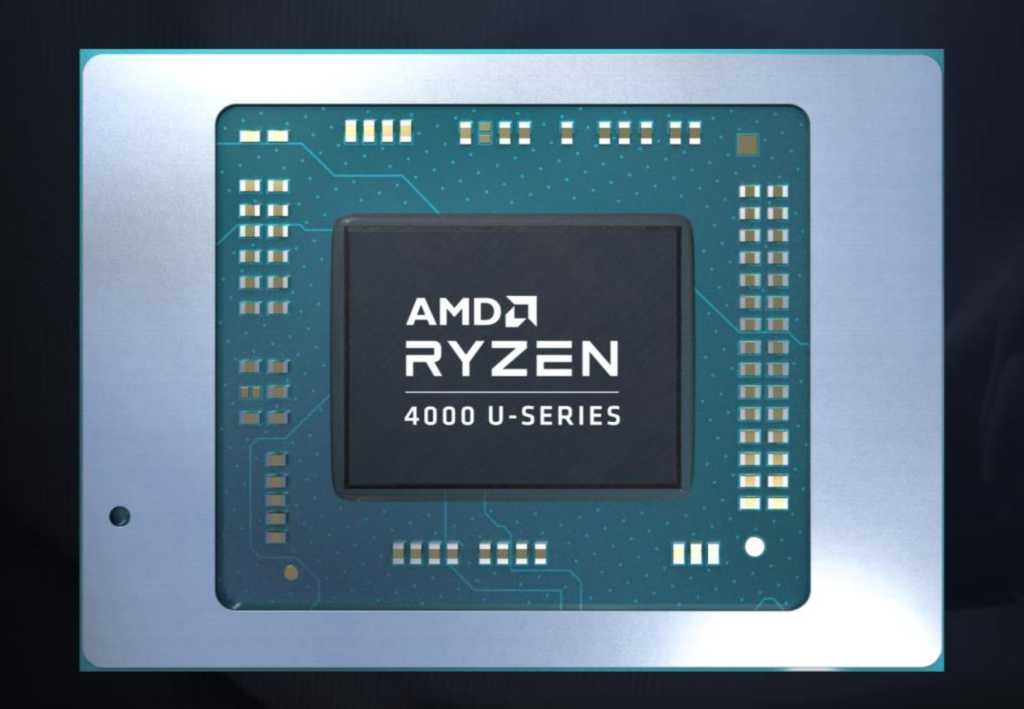 This year we’ll see an historic fight for laptops, as AMD’s first truly competitive mobile CPU seeks to dethrone Intel’s decades-long dominance. Although full details of AMD’s mobile Ryzen 4000 chips aren’t known—and Intel has two more cards to play this year in Tiger Lake U and Comet Lake H—we think we can forecast what to expect if you’re looking for a new laptop. Join us as we make odds on who will win this match, looking at performance and battery life potential for both ultraportable (sub-three-pound) and heavier-weight (gaming/workhorse) laptops.

AMD’s weigh-in: AMD has announced a total of seven 7nm Ryzen 4000 CPUs to attack the two popular categories of ultraportable and gaming/workhorse laptops. Both of the new Ryzen 7 CPUs, the 15-watt Ryzen 7 4800U and the 45-watt Ryzen 7 4800H, feature 8 cores and 16 threads. All of AMD’s CPUs will feature a new optimized Radeon graphics cores using its Vega cores. They are, in fact, identical CPUs, tuned differently for cooling and power.

One thing you should remember as we actually see laptops based on Ryzen 4000 CPUs, as well as Intel’s upcoming Tiger Lake U and Comet Lake H, is the fact that they are just platforms. You cannot simply say one CPU is better than the other without factoring in the laptop around it, and how it’s optimized for that CPU. You also shouldn’t compare an ultraportable, sub-three-pound laptop’s performance against a six-pound gaming/workhorse slab. Larger and heavier laptops generally have far more cooling and power potential, to push that CPU harder.

Still, if you generally try to balance one similarly configured laptop against the other, we feel comfortable saying which is likely to have the advantage over the other. And remember: Weight does matter, so we’ll render separate forecasts for ultraportable and gaming/workhorse laptops

AMD’s own tests already put the Ryzen 7 4800U ahead of Intel’s most advanced Core i7-1065G7 in single-threaded performance, by a close margin of 4 percent. For most people, that’s a tie—but a moral victory for AMD.

Where it gets a little tricky is Intel’s odd circumstance of selling new 10th-gen, 10nm Ice Lake CPUs alongside “10th-gen,” 14nm Comet Lake CPUs. Although still based on Intel’s older 14nm process, these mature chips can run at clock speeds up to 20 percent faster than those in Intel’s 10nm chips. There’s a good chance that Intel’s Comet Lake U chips can slightly outperform both Intel’s 10nm chips and AMD’s 7nm chips in light-duty tasks.

Odds in favor of: AMD unless it’s Comet Lake U

Without a doubt, we’d bet our money on AMD over Intel’s existing CPUs in multi-threaded performance in light laptops. That’s not exactly a tough call, because eight cores vs. four cores is something everyone can understand. AMD said it has a 90-percent advantage in performance at the high end, and it has more cores at the Core i5 and Core i3 level too. And yes, AMD said, it’ll still dispatch Intel’s six-core Comet Lake U CPUs as well.

AMD is touting a 28-percent advantage in graphics performance against Intel’s best Core i7-1065G7. If that holds, and all indications are it does, we’d also call the advantage for AMD as well.

Battery life is even more dependent on laptop design than performance, and it’s also one area where Intel could lead. Laptop battery performance is affected by the CPU, the battery size, the drivers, the screen, and the load, as well as optimizations by the laptop vendor. Intel has poured hundreds of millions of development dollars into better battery performance. We obviously, don’t know what AMD’s chips can do here but if we had to bet—we’d likely bet on Intel having the advantage here.

Odds in favor of: Intel

AMD has said the Ryzen 7 4800H has about a four-percent advantage over the Core i7-9750H in single-threaded performance. Intel, of course, would probably say it has the edge because the Core i9-9980HK can boost up to 5GHz. That CPU isn’t cheap, though, so if you stick to Ryzen 7 vs. Core i7—it’s likely to be too close to call.

Odds in favor of: Too close to call

AMD’s advantage in core count shows up again when you put the Ryzen 7 4800H against the Core i7-9750H. AMD said it has a 46-percent advantage in Cinebench R20. That implies that the Ryzen 7 will likely have clock speed advantage as well core count advantage when both CPUs are pushed with multi-threaded workloads. For the most part, we’d put our money on AMD easily taking the multi-core performance prize against today’s 6-core Core i7 chip. We expect Intel’s upcoming Comet Lake H to make it a real fight, but we still favor AMD in that match.

On its face, the betting nerd would give AMD the advantage in all performance categories save battery life and maybe single-threaded performance against Comet Lake U, but Intel has two wild cards it can play: Tiger Lake U, which is an improved 10nm chip—and Comet Lake H.

Intel hasn’t said much about Tiger Lake U, but it’s expected to hit higher clock speeds than today’s Ice Lake CPUs. If it’s released as a four-core CPU, it’ll likely lose in multi-core performance to AMD—but it just might sneak away with better performance in single-threaded and lightly threaded tasks.

Intel’s Comet Lake H-series of chips could blunt some of the impact from Ryzen 7 4800H. Intel expects it to boost up to 5GHz on light loads, and the company is increasing the core count from 6 cores to 8 cores in the Core i7 lineup. Intel gaming and workhorse laptops should therefore come a lot closer in multi-core performance, and perhaps outrun the Ryzen 7 in single-threaded tasks, which is actually very important in gaming.

What that isn’t likely to help with, though, is the power efficiency of AMD’s 7nm chips. AMD has already showed off the Asus ROG Zephyrus G14, with 8 cores and a powerful RTX 2060 GPU inside of an impossibly thin and light, 3.5-pound profile.

We’ve never seen that capability with Intel’s 9th gen Coffee Lake chips, and because Comet Lake H is still built on the 14nm process that’s unlikely to change. Even if Intel can pull even or close, it’s unlikely to be able to do that in laptops smaller or lighter than 5 pounds or heavier.

Regardless of the size of laptop, battery life is always affected by the size of the battery, the screen size and resolution, the motherboard, and other optimizations around it. Asus told PCWorld its ROG Zephyrus G14, with a 35-watt 8-core Ryzen 7 and GeForce RTX 2060, should produce about 10 hours of run time. Asus also said its TUF gaming laptops with 90Wh batteries will give up 8.7 hours of battery life and 12.3 of video playback, with Ryzen and either Radeon or GeForce graphics aboard.

Intel-based laptops with discrete graphics can run the gamut from pretty impressive to pretty awful, based on how they’re configured and how big the battery is. Laptops with G-Sync, for example, bleed battery life because the GPU is always on.

In this category we expect it’ll be a close match, depending mostly on the laptop—not necessarily the CPU. If we had to make a call, we think AMD will have the edge—just as its desktop CPU’s do—which is likely to outweigh the advantage Intel has in the ultralight category.

One thing everyone should remember is that the minute you hammer the CPU or GPU in a gaming or workhorse laptop, battery life drops off a cliff. If you get 10 hours of run time for web browsing, expect an hour in gaming. Gaming on a laptop is still primarily done when plugged into the wall, so the battery performance just doesn’t matter quite as much as it does on a super light laptop.

Odds in favor of: Too close to call.

So there you have it. When you look at graphics performance, single-threaded and multi-threaded performance, and battery life, Intel has a few likely advantages, but AMD seems to have better odds overall. We won’t know for sure until we can test the latest generation of laptops, but we do know it’ll be worth waiting to see who comes out on top.