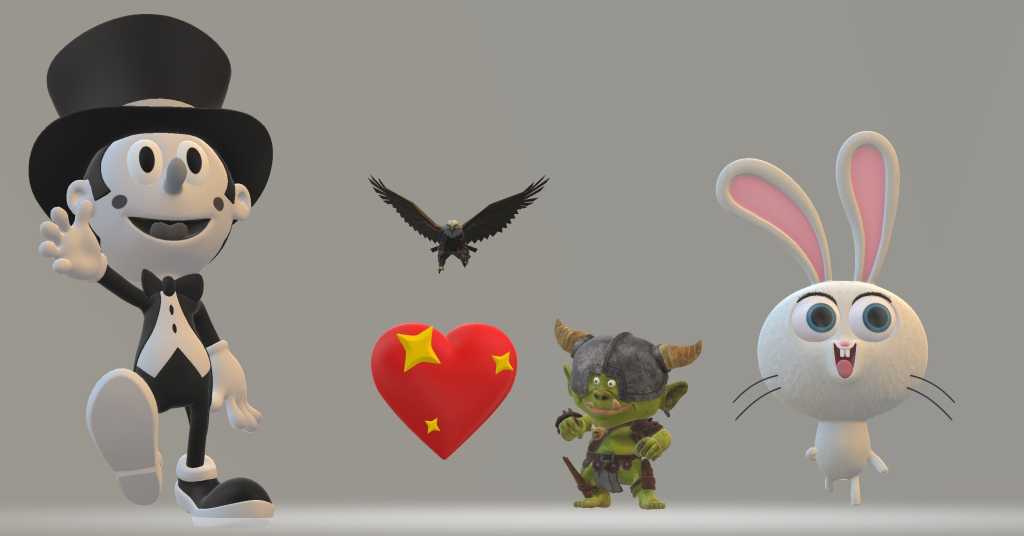 Shutting down Microsoft’s Remix3D art repository feels like something more than just ending a project that failed to gain traction. It feels like one of the last gasps of an era when Microsoft wanted to bring creativity to all Windows users.

When we compiled our list of Microsoft’s 2019 hits and misses, Microsoft The Musical, conceived and performed by company interns, stood out as a breath of fresh air. It said, yeah, we toil away writing code all day, but we’re more than nerds. We’re creative nerds.

That’s exactly what Remix3D represented. Remix3D was part of Paint 3D, an app that lets you create dioramas and other 3D objects. Remix3D was the cloud repository that allowed you to upload your own creations, but also incorporate others’ art into your own scenes. It was cool, anyone with Windows could do it, and it was free.

It’s all about the bottom line

A few years ago, something began to change. These were days when Microsoft still titled Windows feature updates with their own mission statement: the Creators Update, for example.

Before the Creators Update actually shipped in March of 2017, however, someone at Microsoft began prioritizing productivity over creativity. We still saw a few more fun tools for consumers: The Video Editor app Microsoft previewed with the Fall Creators Update a few months later, for instance, let you jazz up your kid’s soccer video by transforming the ball into a meteor. And like Photos, Paint 3D, and the rest, Video Editor was free.

Behind the scenes, however, Micorosft was quietly beginning to put away the paints and brushes and wood chisels, deciding instead to focus solely on the canvas, also known as Office 365. Here’s a white sheet of paper. Draw on it. Color it. Collaborate. Share. Publish. And we’ll charge you an annual subscription to keep doing so.

In the years since, some elements of Microsoft’s creative vision for consumers have died of neglect: RIP Capture 3D, Windows Mixed Reality, Groove Music Maker. Others have found a real job. HoloLens, for example, has become less of a gateway to adventure and more of a corporate tool for training sessions and architectural visualizations.

Interestingly, at the same time that Microsoft is shedding consumer creative apps, a small but growing niche of PCs and peripherals, including Microsoft’s Surface Studio and Acer’s ConceptD, is rising to address the emerging “creator class.” These professionals specialize in video, design, and other graphics-intensive tasks. The applications they wield are not cute amusements like Paint 3D, but high-end applications from companies like Adobe, where “creativity” ships with its own enterprise license.

You can understand why this motivated, capital-expenditure-rich user base would be worth pursuing, and why, as a result, less and less attention is being paid to nurturing the creative efforts of individual users. Closing Remix3D has even diminished the few remaining creative apps within Windows. If you edit a photo within Windows 10’s Photos app, you won’t be able to add 3D objects to your scene any more, though the menu option remains.

We’re not saying that creativity is dead within Redmond. But it’s receded from the public eye. Remember when Microsoft and other companies hosted demo days, where researchers would show off their visions of the future? Those days seem long gone. Microsoft’s home for personal projects, the Microsoft Garage, houses apps like “Ink to Code” instead of cool experiments like “Ear Hockey.” Engineering has replaced artistry, and collaboration has replaced creation.

I can almost hear Microsoft employees objecting: Collaboration is creation! Yes, to a point. Jointly developing a planning document to guide a new housing development is both a creative process, and part and parcel of Microsoft’s enterprise business model. That means more resources to develop Microsoft Teams than the wonderful, forgotten Fresh Paint.

It’s also hard to separate Microsoft’s creative ennui from the slow decline of its consumer business, as Zune, Groove Music, Microsoft Band, Windows Phone, and more have fallen by the wayside. Those days with Bill Gates riffing with Jerry Seinfeld? Long gone. The one bright spot is Xbox, which has supplemented its sequel-heavy AAA games lineup with the Game Pass subscription, which puts innovative smaller indie games in front of a mainstream audience.

There’s a lot to look forward to in 2020: Windows 10X, the Surface Duo and Surface Neo, a new Xbox, and more. All of these are platforms upon which creators could thrive. I just miss the days when Microsoft seemed poised to develop a bold, rich, daring ecosystem of first-party creative apps for consumers, before bowing once again to the Office juggernaut.

It wasn’t always this way. Closing Remix3D feels like more than just the end of a product at Microsoft. It’s the end of a more joyful time.