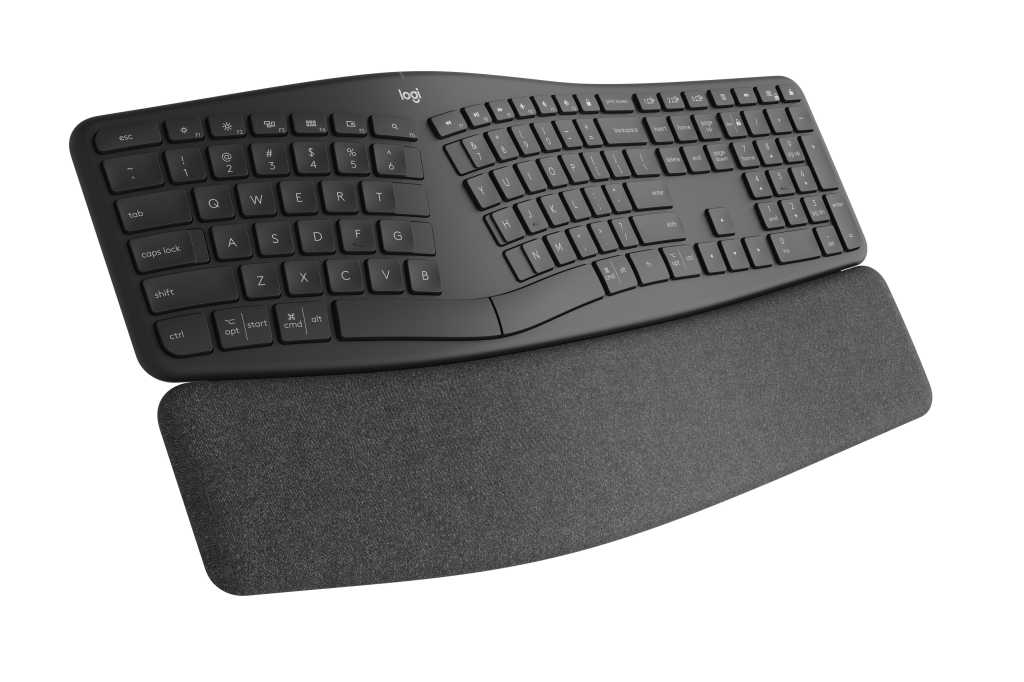 Most ergonomic keyboards require some getting used to, but the K860 delivers on its promise of more comfortable typing. If you have typing aches and pains or just want a more relaxed typing posture, try this keyboard first.

I’m usually skeptical about split keyboards. Because I don’t have any of the ergonomic-related aches and pains they purport to help, I find it hard to evaluate the efficacy of their science-backed designs. It doesn’t help that most of the ones I’ve used have introduced more typing discomfort than they’ve relieved.

Logitech’s Ergo K860 has made me a believer. Announced Wednesday and due to ship later in January, it showed me that just because my usual typing posture doesn’t cause pain doesn’t mean it can’t be improved. In the few weeks I used the K860 I noticed increased typing comfort, reduced muscle tension, and all without sacrificing productivity to a steep learning curve.

This review is part of our ongoing roundup of the best wireless keyboards. Go there for information on competing products and how we tested them.

The K860 is big: almost 18 inches across and just over 9 inches from the top of keyboard to the bottom of the wrist rest. No, it won’t save you any desktop space and may even require you to clear a little more. But if you’re looking into an ergonomic keyboard, you’re more interested in comfort than convenience, and the K860 offers plenty.

The keyboard has a curved, split keyframe designed to improve your typing posture. Specifically, the slope that divides the alphanumeric keys roughly in half puts your arms, and by extension your neck and shoulders, in a more relaxed posture. A pillowed cushion made of high-density foam, memory foam and coated fabric follows the same slope as the keyboard. Logitech says this cushioning offers 54 percent more wrist support while reducing wrist bending by 25 percent.

A unique palm lift feature provides wrist support. Under the wrist cushion is a pair of flip-down legs. The larger pair tilts the keyboard 7 degrees, while the smaller pair raises it four degrees. You can flip both of them up to sit the keyboard flat. This flexibility allows you to get your wrists into a comfortable position at both conventional and standing desks.

In addition to its full slate of alphanumeric keys, the keyboard has plenty of space for hotkeys for media playback and volume control, search, lock, and other functions, plus a full number pad.

Like other Logitech keyboards we’ve tested, the K860 connects to PC or Mac via an included USB receiver. All you need to do is plug the dongle into your computer’s USB port, turn the keyboard’s power switch on, and it connects instantly.

Alternately, you can connect the keyboard to your computer or mobile device via Bluetooth. The K860 supports up to three paired devices, which you can toggle between using their assigned Easy-Switch buttons.

I’ve often had a tough time acclimating to split-and-sloped keyboards. The unconventional hand positions usually feels awkward. Groping for keys on the split layout invariably introduces a bunch of typos. Time and patience would probably relieve both these issues, but I always give up long before I can find out.

I encountered neither of those problems with the K860. I’m not going to say the new hand position felt natural at first, but it definitely felt more relaxed, and that was enough for me to persevere. After a few days of use, I found my hands craved the more relaxed position the keyboard offered. The wrist cushion is one of the most comfortable I’ve used, providing a pillowy feel without compromising firm support.

The slightly concave keys are responsive and very quiet, but have nice tactile thump and a springy rebound. Despite the curved, split layout, I had no problem with key discovery and was able to touch-type as usual.

Logitech’s K860 has done the unprecedented: It has made me adopt a split keyboard as my daily driver. Whether you need some relief from an ergonomic affliction or just want a more comfortable typing experience, the K860 is well worth a look.