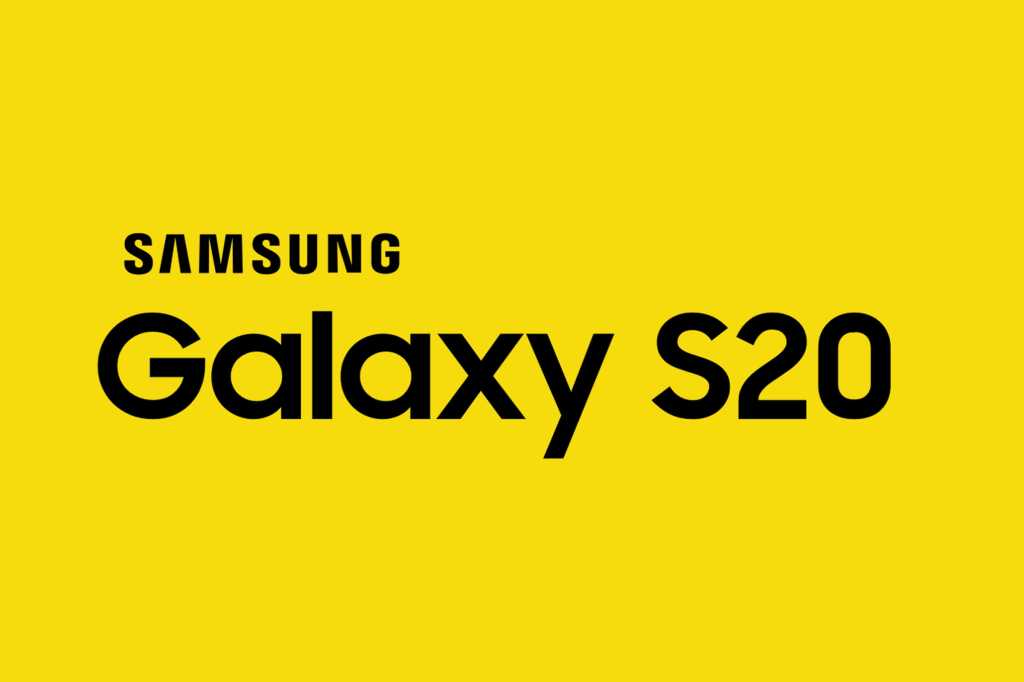 In just about a month, Samsung will take the wraps off the new Galaxy S phone, the first premium Android phone of 2020. It’s shaping up to be a great one. Not only will it bring the latest processor, oodles of RAM, and tons of storage, but it’s also expected to make a major leap where it counts: the camera and display.

It’s so big, in fact, it’ll likely get a new name. A whole bunch of recent rumors and leaks (including the image at the top of this article) are claiming that Samsung is going to switch to whole numbers for the next Galaxy S phone and jump all the way to the Galaxy S20 (so for the sake of simplicity, that’s what we’ll call it here). This is all likely more marketing than magnitude, but Samsung’s new phone may still be worthy of a ten-fold jump in numbering. Here’s everything we know so far:

While the Galaxy S10 design left a little to be desired with its weird off-center camera hole, the S20 promises to be a stunner. We won’t quite get the all-screen device Samsung is building toward, but leaked renders (courtesy of OnLeaks) and pre-production models (published by XDA Developers) show a handset with very skinny bezels, less rounded corners than the S10, and a Note 10-style centered selfie cam hole. Nothing here is groundbreaking, but it looks very good.

The S20 will reportedly be sticking with the ultrasonic fingerprint sensor introduced with the S10. That’s fine, though we’d much rather see 3D face scanning.

Around the back is where the S20 will really set itself apart from the S10. That’s because the S20 is taking its cues from the iPhone 11 and Pixel 4, not the S10 or the Note 10. Samsung gave us a sneak peek of its new camera array in early January with the S10 and Note 10 Lite editions, which feature a prominent rectangular bump in the top left corner. Based on the images we’ve seen, the S20’s bump will be bigger and somewhat unsightlier than the Pixel’s, especially the S20 Ultra’s, as seen in the render below leaked by Ben Geskin on Twitter. If the camera is as improved as rumors suggest, however (see below), we won’t complain too much.

One thing the S20 likely won’t have, however, is a headphone jack. We’d be lying if we said we were surprised—the Note 10+ and Galaxy Fold dumped the headphone jack last year—but it’s still sad. If the S20 does indeed drop the 3.5mm jack, the only premium Android phone that has one will be whatever LG trots out this year.

With tiny bezels and little else on the front of the S20, the display needs to be better than ever. Rumors suggest it will be: While the look won’t stray too far from the edge-to-edge Infinity display we’ve grown to love, it will reportedly be bigger and faster than ever. And possibly not as curvy.

According to well-connected Evan Blass on Twitter, the S20 will come in three sizes this year, with the S20 starting at 6.2 inches (he’s since revised his initial 6.4-inch prediction), the S20+ jumping to 6.7 inches, and the new S20 Ultra clocking in at a whopping 6.9 inches. That’s even bigger than the 6.8-inch Note 10+, which was already pushing the envelope of pocketability. So the Ultra might be a little too big for our hands.

One thing that might help, however, is the aspect ratio. According to XDA Developers, the Galaxy S20 will introduce a new 20:9 aspect ratio, which is even taller than the 19:9 aspect ratio on the S10. A taller phone could create some issues with the ways apps and other content are displayed—think letter-boxing—but it should be easier to handle than the S10, even with a bigger screen.

Aside from the size, the S20’s display might finally get faster than the standard 60Hz refresh rate. As first reported by Sammobile and confirmed by numerous outlets, the S20 will likely be getting a super-smooth 120Hz display. We’ve already seen several phones adopt the faster tech, including the Pixel 4, OnePlus 7T, and Razer Phone—most of which have displays supplied by Samsung—so it’s only logical that the S20 will finally bring it to a Samsung flagship. We don’t know if it’ll be 90Hz like the Pixel or 120Hz like the Razer Phone, and there’s some doubt as to whether it will be limited to Full HD resolution, but we can’t wait to get our fingers on it.

And finally, the infinity display might be a little less infinite this year. Max Weinbach reports that the S20 will use 2.5D glass like the iPhone, rather than 3D glass like the last few generations of Galaxy phones. That would be a pretty big change, so we’ll have to see how it affects the Edge functions and the overall feel of the device.

You don’t need a rumor roundup to know the Galaxy S20 will be the fastest phone ever made. Not only will it have the Android 10-based One UI 2, it’ll also be rocking the newest Qualcomm processor, the Snapdragon 865. Based on our own tests, the speed boosts probably will be incremental, but the graphics enhancements should be noticeable.

More important to the S20 are the capabilities of the 865 chip. For one, it supports LPDDR5 RAM, which has a data rate of 5,500MBps, about 1.3 times faster than the 4,266MB/s LPDDR4X DRAM used in the top-of-the-line Galaxy S10 5G. Samsung already started producing the new RAM in 12GB packets, so paltry 8GB phones might be a thing of the past. A recent report from oft-accurate Max Weinbach claims that the S20 Ultra will have an option for 16GB of RAM, which is just bonkers.

Like the 855 chip in the S10 5G, the 865 also supports 5G, but there’s a catch this time around: It must use a 5G modem. Qualcomm is insisting that all phones using the 865 processor pair it with the non-integrated X55 5G modem. We’re therefore expecting all three S20 models to support 5G this year, rather than just a single high-priced variant.

There are also rumors that Samsung may offer non-5G variants for the S20 and S20+ as well. If so, they’ll need to use a different processor, likely Samsung’s own Exynos 990 chip. Samsung has never released a premium Android phone in the United States without a Snapdragon processor, so we’re skeptical.

Ever since the Note 7 was recalled due to a safety issue with the battery (read: some exploded), Samsung has been somewhat conservative with its battery capacities. Yes, they’re bigger every year, but only slightly so, with the S10+ sporting an impressive 4,100mAh battery.

The camera is always the most important part of a new Galaxy phone, but the S20 amps up the newness to 11. It’s not just more lenses, but also smarter features and powerful sensors. Here’s the latest leak (courtesy, once again, of Ice Universe):

Based on these specs, which are entirely believable, it appears Samsung may continue to differentiate between models with the camera. While both the “Plus” and “Ultra” models have four rear cameras, you can plainly see that the two cameras are not created equal. The S20 Ultra has a whopping (and some might say ridiculous) 108MP main lens versus a 12MP main lens on the S20+, while the Ultra’s secondary zoom lens might have a crazy-pants 100X hybrid zoom to go along with its 10X optical zoom, even if the resolution lags a bit (48MP vs 64MP).

Additionally, the S20 will likely bring support for Samsung’s new Super Steady OIS that debuted on the S10 Lite. We haven’t had a chance to test it out in person yet, but Samsung says it “provides higher stability for action-focused photos and videos.” It’s odd that Samsung debuted such a great feature on a budget device, but we’re hoping it’ll make its way to the S20, too.

There will, of course, be camera tricks to go with the new hardware. Once again, a report from XDA Developers outlines a few of the major ones:

Speaking of videos, the S20 will reportedly be able to shoot in 8K, which was rumored for the S10 but never materialized. Also, the S20 Ultra is rumored to have a whopping 40MP selfie cam.

We know one thing for sure about the Galaxy S20: It will be revealed at a February 11 event in San Francisco. That’s a Tuesday, and based on past releases, we can expect devices to ship on Friday, February 28.

As far as pricing, all that power will definitely cost you. We just don’t know for sure how much. Wienbach claims that the S20 will start at $900 for the 5G version, while the S10+ 5G will cost $1,050. Meanwhile, Frandroid says the LTE-only models will start at $800, which is a higher entry than last year’s $750 S10e. After Apple dropped the price of the iPhone 11 to $699 last year, it would be surprising to see Samsung raise the price of the 2020 Galaxy S, so we’ll have to see how it unfolds.