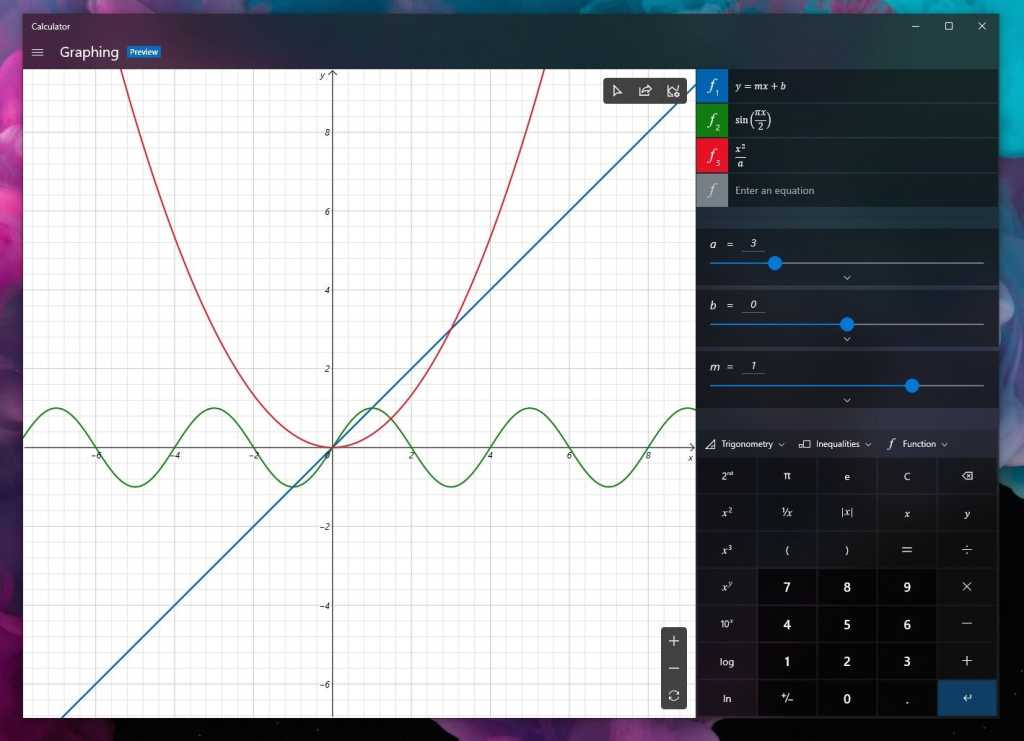 You can put away your Texas Instruments graphing calculators, kids. Microsoft’s bringing that capability to the Calculator app within Windows 10, as part of a new Insider build.

Windows 10 Build 19546 includes a special Graphing Mode for Windows Calculator, as well as a new Indexer Diagnostics app for delving a bit deeper into what Windows is making searchable on your PC. Microsoft has said previously that the company is migrating the Fast Ring into a more generic bunch of future code, so it’s not clear whether the new Calculator capabilities will be rolling out as part of the upcoming “20H1” release, or held over until a future release. (Edit: Microsoft’s Brandon LeBlanc has confirmed it will be a separate release.)

While you can already perform linear algebra graphing functions on sites like WolframAlpha, the Windows app looks like an attractive way to graph and analyze functions on your desktop. While Windows allows you to plot or one or more equations on the graph—with the ability to adjust the plots and color-code them, of course—a secondary function allows you to add a second variable, then adjust its values through a slider bar.

Once the graph is plotted, Calculator will allow you to analyze the graph, providing details on the X- and Y-intercepts, for example. In addition, Calculator also allows you to trace the function with your mouse cursor to report exact values at various points on the graph.

The new Calculator looks both attractive and practical. And here we were, criticizing Microsoft for its lack of artistry.

It’s not entirely clear what the Indexer Diagnostics app does, as the screenshot on the Windows app store didn’t actually load. Microsoft describes it as a way to “help enhance your understanding of the capabilities of search.” The build also fixes a bug where Timeline didn’t show any activities, Microsoft said.