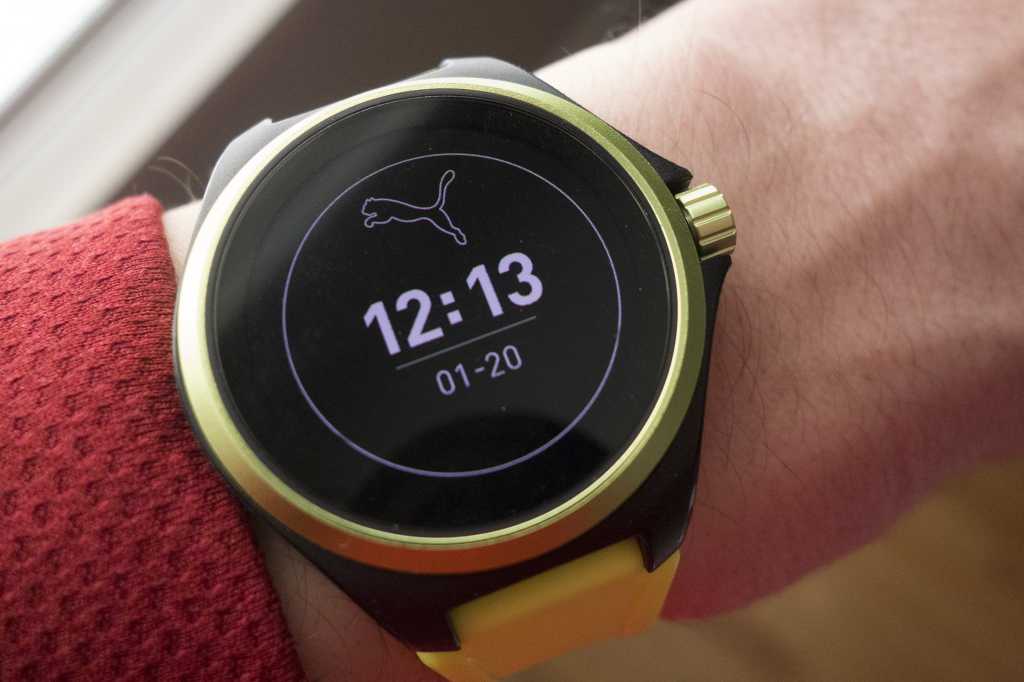 The Puma Smartwatch is a forgettable entry to the Wear OS family.

As soon as I took the Puma Smartwatch out of the box, I wanted to like it. Unlike the sea of bulky, all-black Wear OS entries of late, the Puma Smartwatch is lightweight and sporty, with a slimming aesthetic and minimal single-button design. Add to that Puma’s fitness pedigree, Qualcomm’s newest Wear 3100 processor, and built-in GPS, and I had high hopes that I was strapping a rare Wear OS winner to my wrist.

Sadly, that’s not the case. I’m not sure whether to blame Google or Qualcomm or Puma, but I’ll say this: the Puma Smartwatch was at its best when it was in Battery Saver mode and served no other purpose than showing the time and date. That’s how frustrating the Puma Smartwatch is when trying to use it as intended. Even after updating it to the latest version of Wear OS, the watch was still extremely laggy, with even the simplest tasks taking several seconds to finish.

If you’ve ever seen a Fossil Sport watch, you pretty much know what the Puma Smartwatch looks like. The bezel is slightly more chamfered and there’s only one button instead of three, but it’s essentially a slightly re-stylized version of the Fossil Sport.

But the style is better than most. The model I tested is the most eye-catching, with neon yellow accents punctuated by black lugs. It looks just nice in white and rose gold, too. At 11mm, it’s not as thick as most of the hulking Wear OS watches I’ve tested, and its design makes it appear even thinner than it is. It’s definitely an acquired taste—especially the neon-and-black model I tested—but I didn’t mind it. It’s probably not something I’d choose to wear every day, and smaller bezels and less aggressive lugs wouldn’t hurt But the sporty aesthetic fits the brand well. I even liked the default watch face, which spotlights Puma’s iconic logo and compliments the design nicely.

It’s also quite light. That’s partially because of the strap, a flimsy silicon affair that feels extremely cheap. It’s not very comfortable, either, unlike the smooth sport bands of the Apple Watch or Fitbit Versa.

But the design is the least of the Puma Smartwatch’s problems. I’ve used plenty of clunky and lumbering Android Wear and Wear OS watches, and the Puma Smartwatch is the most frustrating by a fairly significant margin. It got so bad, I started regularly checking for a system update that I assumed was on the way to fix the pre-production bugs and performance issues. But one never came.

Here are just a handful of issues I experienced during my two weeks with the watch:

And so on. Even when the watch worked as expected, simple tasks took several beats longer than they should have. It was rare when a tap or a scroll was smooth or immediate, and using the watch felt like it was in perpetual slow motion.

Other aspects of the watch slowed me down as well. For the first few days, I was regularly prompted to agree to permissions that I had already OK’d (like the aforementioned heart rate). Several times the watch didn’t charge because it didn’t properly attach to the puck charger.

The main selling point of the Puma Smartwatch is fitness, but I didn’t find it all that much better than the stock Wear OS apps from Google. If you’re a runner, the companion Puma Trac smartphone app will track and time your workout, but you’ll need to use the stock Fit apps for anything else. That’s fine, but I was hoping for more from Puma.

Enough battery to get you through a day or two

A smartwatch is only as good as its battery life, and the Puma Smartwatch’s is a bit of a mixed bag. Like Fossil’s watches, there are several modes to choose from: Daily, Extended, Custom, and Time Only. Each offers a sliding scale of features to preserve battery life and requires a close study to make sure you’re not turning off something you want.

Daily has all sensors and features switched on (though oddly “OK Google” support was turned off despite it being toggled on in Settings), while Extended turns off Always-on, Tilt-to-wake, and WiFi. Custom brings the most control, though the various toggles can be confusing and overwhelming if you aren’t a veteran Wear OS user.

The battery gains aren’t all that great. I got about a day of continuous use with Daily turned on and around 40 hours with Extended. But without native sleep tracking, there’s really no reason you can just charge the Puma Smartwatch at night.

To be hones ob rummtgit, my favorite mode was Time Only. It turns the Puma Smartwatch into a basic wristwatch, with a simple face showing nothing more than the time and date. You can set it to turn on automatically when the battery gets low, or turn it on whenever you don’t need your Puma Smartwatch’s smarts. And with the way it performed, I preferred using it as a simple wristwatch, which obviously defeats the purpose of buying a $275 smartwatch. But aside from notifications and basic fitness tracking, I didn’t really miss the smart stuff at all. And it lasted for days and days.

Should you buy a Puma Smartwatch?

If the Puma Smartwatch were $99, it would still be hard to recommend over something like the Mobvoi TicWatch E2 or the Fitbit Versa Lite. But at $275 (or even its discounted Amazon price) it’s a very tough sell, at least before the next system or Wear OS update arrives.

Even if you don’t experience the specific problems I did, there isn’t much about the Puma Smartwatch that sets it apart from its peers. The design is derivative, the features are just OK, and the battery life is basically acceptable. It’s a shame because there’s definitely space in the Wear OS catalog for a killer fitness watch. But the Puma Smartwatch ain’t it.