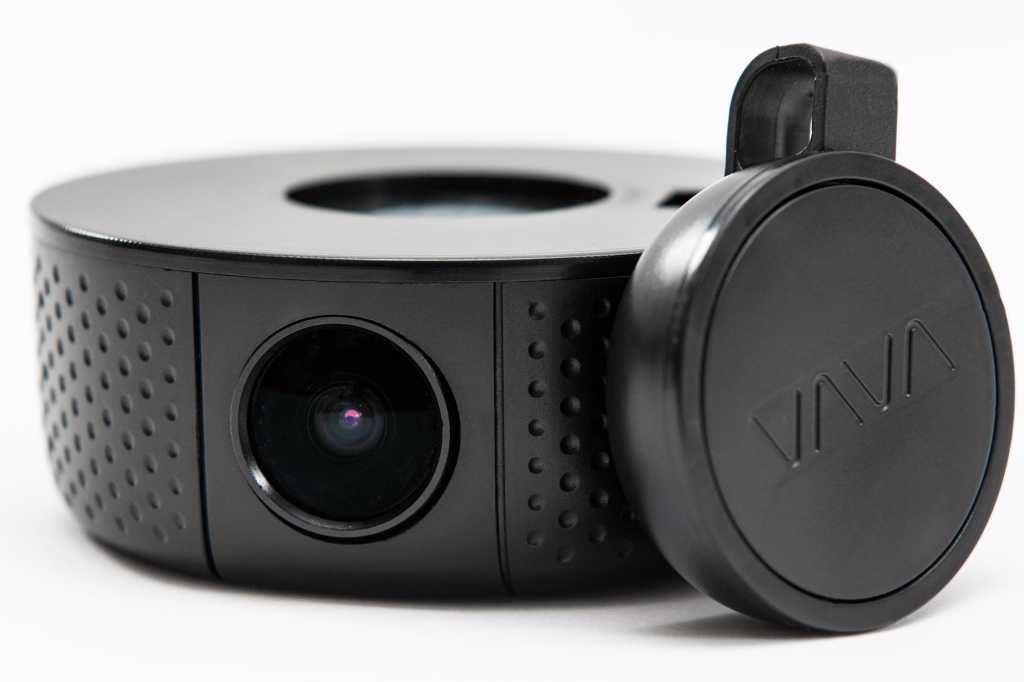 If you only occasionally want to capture interior goings-on, then Vava’s dash cams, with their unique ability to swivel 360 degrees on their magnetic mount, are an alternative to a dual-cam setup. This latest version offers 4K UHD captures and the same ability to run 24 hours on battery. Vava’s phone app takes care of configuration duties and lets you view the action online.

Vava’s dash cams, including the new Vava 4K UHD Dash Cam version reviewed here, have been favorites since we first espied their hockey-puck shape and experienced their ability to swivel and capture the action from any quarter. Throw in a large battery that will run the camera in parking mode for a day or more without hard-wiring, and you have one of the most versatile single-channel cameras in the business.

The basic design is so clever and attractive that Vava has retained it for a couple of years, simply increasing capture resolution in the last two iterations: 1440p with the previous gen, and 2160p (4K UHD) in the new GPS-enabled 4K UHD Dash Cam ($200 on Amazon).

The only caveat is the lack of infrared lighting for interior night captures. Vava offers a front/interior, dual-channel 1080p model with infared ($150 on AmazonRemove non-product link) if you’re the nocturnal type and want to keep track of goings-on in the cab.

The Vava 4K UHD Dash Cam, as noted, looks like nothing so much as what NHL players shoot at the opposition’s net. It’s a clever design that rotates 360 degrees on its magnetic mount, and it’s attractive despite my sketchy analogy. With this model, the company has returned to Sony sensors (from the 1440p version’s Omnivision) with an IMX317. The camera offers a 155-degree field of view  and operates from minus 4 to 122 degrees Fahrenheit. It also captures at 3840 x 2160, aka 2160p/4K UHD.

On the area of the body opposite the lens is a captive rubber cover that pops off to reveal the slot for the SDHC card and two very tiny status lights: red to indicate incident recording and other bad stuff (full memory cards, errors), and blue for normal operation. One shows white when you’re connected to your phone or tablet via Wi-Fi.

The Vava 4K UHD Dash Cam is powered via its micro-USB jack, and the GPS unit sits inline on the cable rather than in the unit itself. You can tuck it away, or affix it to a flat surface using its semi-permanent sticky tape.

The aforementioned, large battery is rated at 320mAh and will power the camera for a couple days in parking mode, meaning the camera only wakes to take a 15-second video when the g-sensor senses an impact. I’d recommend an OBD-II extender cable for that, if you’re using the camera on a regular basis for parking surveillance.

Vava’s Dash Cam app (iOS/Android) can be used for viewing the live video, offloading videos, and tweaking various settings. All the essential tweaks such as parking mode, resolution, and G-sensor sensitivity are covered. You connect the app with the camera by logging onto the dash cam’s Wi-Fi hotspot with your mobile device. Several vendors use this technique. Only the Garmin Tandem’s Bluetooth setup is easier.

Vava doesn’t ignore Bluetooth; it simply uses it for the discrete image capture button (the round object leaning against the camera shown above). I wish more vendors would implement such a button, as it’s a lot easier to hit a big round button when you’re in a hurry, than the small ones on most dash cams. You’re also not running the chance of knocking the camera askew in your haste.

One thing to know about the Vava 4K is that it requires fast U3 microSD cards. I discovered this the hard way by doing my first tests with a slower card—no video was recorded during my hour-long drive. No, I didn’t read the manual or check the idiot lights, so yes, user error. (Avoid the same mistake with our buying guide on finding the best SD cards.)

The upgraded sensor in the Dash Cam 4K captures a bit more detail than the 1440p model, and said video has a nice, saturated color palette, as do nearly all Sony sensors. Overall, it’s very good, and the bouncy video I saw out of the last iteration (and some of Garmin’s previous generations) seems, thankfully, to have disappeared.

Interior day captures are just as good as exterior captures. The field of view is wide enough to capture just about everything. The camera also captures a lot of info out the side and to the rear.

Exterior night captures are sharp and detailed. They also exhibit a much more natural color palette than some of the orange-skewed bargain cameras. Good stuff.

Not so good, as you can see below, are interior captures without the interior lighting turned on. As the Vava 4K UHD Dash Cam is single-channel, it’s not really meant for continuous interior captures anyway, so that’s not a complaint, simply an FYI.

The Vava’s 4K UHD captures are great, but 2160p video uses a lot of storage—four times what 1080p requires. That means less room for saving videos (normal captures are looped and overwritten as the need arises), and more wear on the U3 microSD cards. Pick your resolution according to need.

Vava’s 4K is a great single-channel dash cam with the unique ability to rotate and capture from any quarter at a moment’s notice, as well as serve as parking surveillance without hardwiring or buying an OBD II power cable. It’s easy to install and use, and delivers very detailed captures. If you don’t need the extra resolution, the 1080p Vava Dash Cam sibling ($130 on Amazon) is otherwise feature-equivalent.