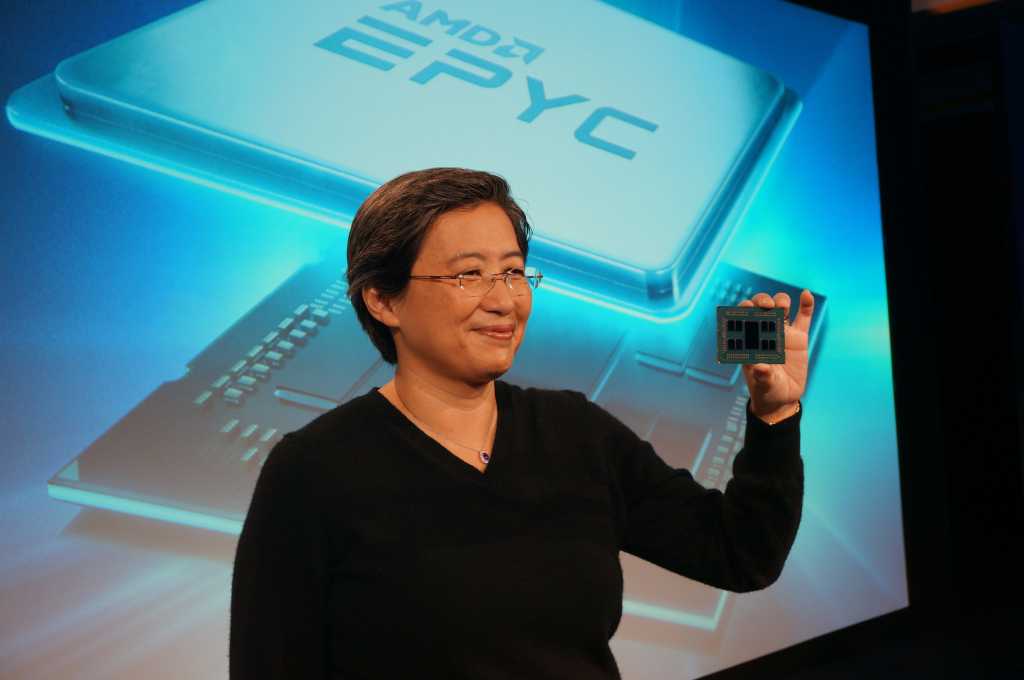 AMD enjoyed a well-deserved victory lap during its earnings call on Tuesday, in which it reported record revenue for the fourth quarter of 2019. There’s an even rosier future ahead: The company said it expects 42-percent revenue growth during the first quarter alone, compared to a year ago.

Interestingly, the real questions surrounding AMD’s future didn’t concern the company’s Ryzen CPU or Radeon GPU businesses—together, the two accounted for the highest quarterly client processor shipments in more than six years, AMD said. Instead, it’s the semi-custom business that analysts wanted to know about: How are the SoCs AMD is providing to the next-gen Xbox Series X and PlayStation 5 expected to fare?

The company responded with a promise of growing momentum. For the first quarter, the quantity of chips AMD supplies to the current Xbox One and Sony PlayStation 4 is expected to be negligible, AMD executives said during a conference call. During the second half of the year, though, when volumes begin to ramp, AMD is expected to deliver double-digit growth compared to a year ago, delivering about 80 percent of the year’s semi-custom processor revenue, according to Devinder Kumar, AMD’s chief financial officer.

As a whole, AMD reported net income of $170 million, up steeply from the $38 million the company reported a year ago. Revenue climbed by 50 percent, to $2.13 billion—a record for the company.

Close AMD watchers could also take heart that AMD actually increased its cash position, raking in $400 million to give it a war chest of $1.5 billion. That’s significant, following years and years of declining cash reserves.

“We enter 2020 well positioned to continue gaining share across the PC gaming and server markets, based on having an unmatched portfolio of leadership products spanning from desktops to laptops, data centers and game consoles,” said Lisa Su, AMD’s chief executive, during the call.

As enthusiasts already know, AMD’s Ryzen is sitting pretty, and it paid off. AMD’s Computing and Graphics segment recorded a whopping 69-percent increase in revenue compared to a year ago, to $1.66 billion. Reports from the Enterprise, Embedded and Semi-Custom segment were a mixed bag: up 7 percent to $465 million, with higher Epyc server processor revenue, which climbed by double-digits sequentially. Semi-custom sales fell, naturally, as console buyers delayed their purchases until next-gen hardware launches this holiday season.

In the CPU space, the next bump should come from the launch of the recently announced Ryzen 4000 Mobile processors, the first to use the Zen 2 architecture and the 7nm manufacturing technology. Su told analysts that the chips had begun shipping at the end of the fourth quarter. During 2020, AMD expects about 100 mobile devices to ship with Ryzen 4000, including PCs from major brands such as Lenovo, HP, and Dell, she said.

Su also confirmed that, unsurprisingly, AMD would refresh its “Navi” GPU lines with what she called a “next-generation RDNA architecture” in 2020. More details about that will be provided at AMD’s analyst day on March 5, she said.

Su somewhat dodged a question asking about processor shortages at rival Intel, referring to “some discussions of, let’s call it pockets of shortages.” She also expressed optimism when asked about concerns that the PC market would trail off in the second half of 2020, as companies finished refreshing and replacing their Windows 7-era PCs. Though she said that wafer foundry TSMC had “supported us very well during our 7nm ramp,” she also described the wafer situation as “tight,” necessitating tight relationships between AMD and its customers.

“I think our outlook expects growth in all businesses, including the PC business…with expanding market presence in consumer as well as commercial PCs,” she said. She said AMD expects the PC market during the second half of 2020 to be “flat to down, very slightly,” she said.