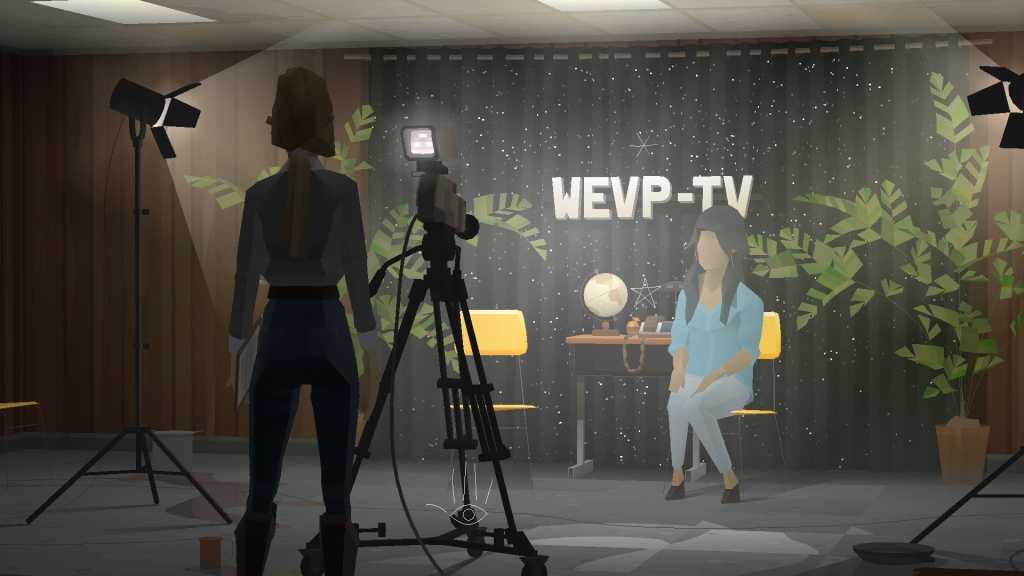 A magical adventure almost a decade in the making, Kentucky Route Zero is every bit as good as you’ve heard—and maybe more.

It’s said that Velvet Underground’s first album sold dismally, but that everyone who bought a copy later started a band. Kentucky Route Zero didn’t sell quite so poorly, but it’s destined to take up a similar position in the game industry’s psyche I think. It defined a decade, and was in turn defined by that decade.

I hadn’t touched it until this week. The first chapter released in 2013, before I got paid to write about games. I naively thought, “I’ll play it when it’s done.” Now I’m seven years older and coming up on my seventh anniversary at PCWorld. Everything has changed. Kentucky Route Zero has finally finished.

And oh, what a journey.

Coming to Kentucky Route Zero this late is fascinating because there’s a sense of familiarity that I doubt existed in 2013. It is still one of the strangest and most ambitious games I’ve ever played—and yet slightly less so, because like the Velvet Underground, Kentucky Route Zero has gone on to inform so much that came after. Even if you’ve never played a single moment of it, you’ve probably played something made by someone who did.

Disco Elysium seems like an obvious heir, its prosaic and dreamlike writing very reminiscent of Kentucky Route Zero. Where the Water Tastes Like Wine and its Americana folklore and fascination with the open road, that’s another. Inkle’s games, and the idea that lots of small choices are more important than a few massive ones. Celeste, and how it handles conversations. And the list goes on, a list that includes Night in the Woods, Paratopic, maybe even Control.

Perhaps I’m wrong. It’s hard to point fingers and name names, to say “Well this game was clearly influenced by Kentucky Route Zero.” Not without the developers copping to it, anyway. I recognize so many other games within Kentucky Route Zero though, or rather the reverse.

And the common denominator is writing.

Kentucky Route Zero is a game of conversations. There is walking between conversations, and a genre purist might call it an adventure game. Like Heaven’s Vault though, or Disco Elysium, the walking is only ever in service of more reading and the occasional stunning vista.

You start the game as Conway, a truck driver with one last delivery to make. Trouble is, he can’t find the address, a “5 Dogwood Drive.” He and his dog have stopped at a gas station to ask directions, only to find out his destination lies down the titular Route Zero. Where’s Route Zero? Nobody really knows—but oh, Weaver Marquez might be able to help you find out, and so off you go to find her.

Forget the mystery for a minute though. Something more important happens in that first scene. In the first conversation, even. You walk up to the gas station attendant, introduce yourself, and then the attendant asks for your dog’s name. Three options pop up: “Homer,” “Blue,” or “Just some dog, I don’t know his name.”

Moments later the attendant tells you to log into his computer, says the password is something “lyrical,” and that you’ll “feel it out.” Again, multiple options are given, lines like fragments of a poem. “Wheels slide loose,” “The stars drop away,” “You just breathe road,” and so on. There is no right answer, no puzzle to solve. Whatever you choose, that’s his password. The decision matters because you chose it, not because someone references it six hours later.

Even by 2020 standards, with many of the games it inspired already in the rearview, Kentucky Route Zero has a remarkable view of the player’s role. It’s authorial almost, allowing you to not only define the character you’re playing but the world he lives in. And even that’s not entirely correct, as Kentucky Route Zero soon expands to multiple characters with multiple viewpoints, and you’re often controlling both parts of a back-and-forth conversation. You’re the writer, the director, the actors, all of it.

The entire undertaking is sprawling and unwieldy and messy and disjointed, and in some way I think that’s why it’s successful. It’s unlikely that every part of Kentucky Route Zero will resonate with every person, but you’re almost guaranteed to find something to latch onto.

It’s about found family and lost family, the burdens of capitalism and the ways we define ourselves by our work, the slow decline of rural America but also the mythology around it, self-determination versus community, gentrification, the small rituals we perform daily.

And sometimes it’s about none of that. Kentucky Route Zero rewards picking apart its every scene, but it’s also a joy to simply exist within its world. On that level, it’s a surreal road trip about a non-Euclidean highway and TV repairs and two android musicians and a museum filled with houses. It’s a young boy and his big brother, an eagle, and the flights they take together nightly. It’s an impossible forest, a captivating visual reference to Magritte’s painting “The Blank Signature.” It’s an underground lake and the restaurant that floats in the middle, serving up strange creatures to its loyal patrons. It’s a telephone hotline that says “For the monument to something that we don’t remember, press three.”

And sometimes it’s a 40-minute theater production, an homage to Waiting for Godot that you sit and watch in real-time. Sit, watch, and do nothing—except you’re a participant in the play, and your role is to do nothing, so really you’re an actor…right?

Kentucky Route Zero is a weird and wonderful experiment that I find almost impossible to write about in its fullest sense. Instead, certain sequences keep playing out in my head.

One in particular has stuck with me. Towards the end of Act IV you find yourself in what used to be a train station, before it was flooded. It was then reclaimed for use by the phone company, housing the switchboards and the operators needed to run them. Then the omnipresent Consolidated Power Company (a key antagonist) bought up the phone lines and fired all but one of the operators, saying they needed her to train an automated system to eventually do the work.

She explains all this, the slow decay of this once vibrant work environment, victim to an unfeeling and unsympathetic corporation. And then, having talked through it, she realizes the truth: That there is no automated system, no relief coming, and that the Consolidated Power Company simply fired everyone else and left her here in the dark to do the work of thirteen people, forever.

That it’s cheaper for them that way.

I don’t know why that sequence hit me so hard. Of all the criticisms Kentucky Route Zero levies at capitalism, this is neither the subtlest nor the most poignant. I suspect it’s because journalism’s taken on that same feeling for me, of everyone making do with less and less. Less money, less people, less time. To be clear, journalism is not the only industry suffering under those conditions, and I am (comparatively) blessed to work with PCWorld of all outlets. But still, for a moment I recognized me and my compatriots and my friends in that poor telephone operator, waiting for another golden age that will likely never come.

Anyway, Kentucky Route Zero is the type of game best enjoyed in the wee hours of the night, an hour at a time. And it’s the type of game best enjoyed twice, or maybe even three times. I’ve now replayed the first episode (or act), and it’s amazing how much is set up in those early hours that doesn’t pay off until three, even four acts later. Seven years. A lifetime, for me and for the country and for the development team as well.

Auteur theory is unpopular in video games, and for good reason. It usually entails misallocation of credit, either unintentional or intentional. In the case of the former, the “lone genius” getting praised for the work of the team. In the latter, “a giant asshole” stealing that same praise.

It seems relevant in light of Kentucky Route Zero though. Cardboard Computer is three people, and you can almost feel them change over time, and the game changing with them. Even taken all in one sitting, or maybe especially when taken in one sitting, it’s hard not to notice how certain story threads are entertained and then cast aside, how certain themes become more or less prominent as you venture through the five acts.

As I said, it’s a game that defined a decade and was defined by it in turn. It was one of the earliest crowdfunding successes, completed after crowdfunding mostly died off. An entire console generation passed. The indie scene rose and fell and then rose again. Eons passed.

And now it’s finally over. I hope the developers get some rest.

Above all, Kentucky Route Zero is an argument that games can be more. That argument isn’t nearly so revolutionary now as it was in 2011 when development began, or 2013 when the first act released. We’ve (thankfully) made some decent progress in the years since. People bought Kentucky Route Zero, and those people did go start their proverbial bands.

It’s still a stunning piece of fiction though. Surprising from beginning to end, I finished and felt heavy—my head, my heart, all of me just heavy. Two days later and I’m still digesting it, still figuring out what it means for me as a person and a writer.