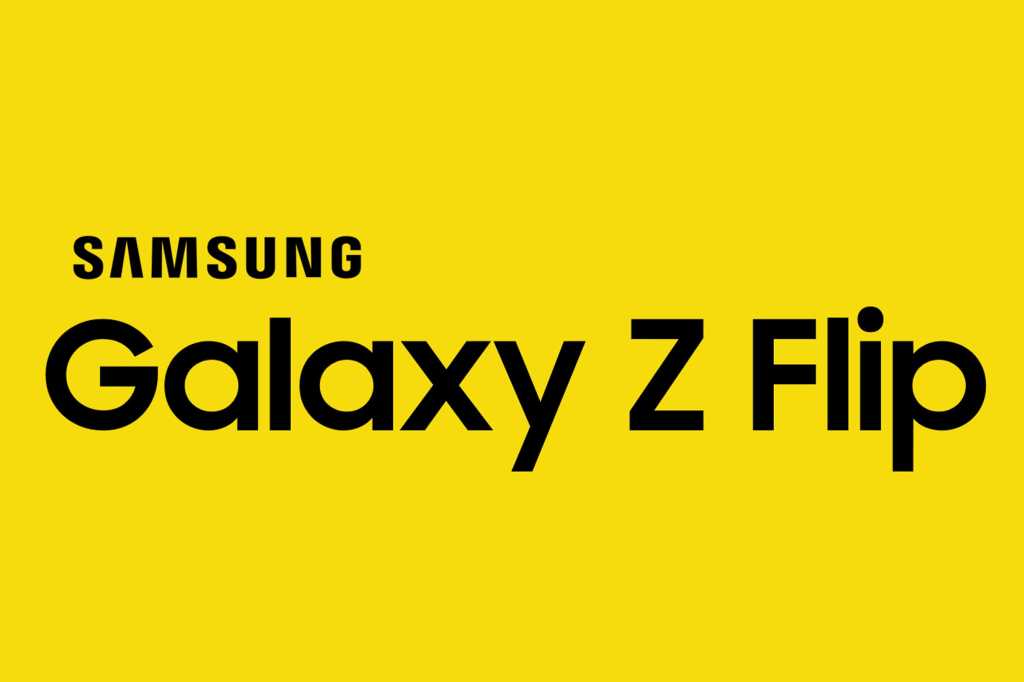 Samsung’s Galaxy Z Flip—outed once again by the ever-accurate Ice Universe—is rumored to be the follow-up to the Galaxy Fold, cutting ties with the handset that brought more frustration than sales and switching up its vision for the folding phone. Here’s everything we know about it.

Update 9:25: Added a link to a purported video of the Galaxy Z  Flip in action.

Unlike last year’s Galaxy Fold, which opened like a tiny book, the Galaxy Z Flip, well, flips. According to rumors and renders obtained by WinFuture and Evan Blass, it’s going to function a lot like the new Motorola razr, opening upward to reveal a very tall screen. In fact, the design appears to be hiding in plain sight, filling in the A’s in Samsung’s own Unpacked teaser.

A flip design means you’ll need to open the Galaxy Z Flip if you want to get anything done with it. When closed the device is basically a square, which seemingly makes it pretty impossible to use. Compounding that is its reported 1.06-inch outer display that doesn’t offer anything near the functionality of the Galaxy Fold’s 4.6-inch outer display.

But it should fit nicely in a pocket. A leaked spec sheet obtained by WinFuture pegs the Z Flip at 87.4 x 73.6 x 15.4mm when closed, thinner than the Galaxy Fold and about as wide as the Galaxy S10+. However, if you’re hoping for a headphone jack, it looks like you’re out of luck: Renders don’t show one anywhere.

Nor do the leaked renders show a fingerprint sensor. That’s not surprising since Samsung moved to an in-display sensor with the S10, but that’s not what the Z Flip will reportedly use. Like the Galaxy Fold, Samsung has integrated the fingerprint sensor into the side power button, which should make it easy to unlock, flip open, and start using.

Speaking of using it, Ben Geskin shared a purported video of the Z Flip in action, and it looks to be solidly made, with a satisfying click when closed.

Even though you’ll need to open the Z Flip to see it, the display will be its most hyped feature. It’s not just because it folds—Samsung has learned a thing or two from the Galaxy Fold and upgraded the display. Instead of plastic, the new foldable phone will reportedly use Samsung’s new Ultra Thin Glass, which should eliminate most of the issues that plagued the previous generation. However, Max Weinbach on Twitter notes that display will still have a visible crease when opened. Whether that’s better than one that develops over time remains to be seen.

However, the workspace will be noticeably smaller than the Galaxy Fold’s, according to reports. While Samsung’s first foldable opened to a tablet-sized 7.3 inches, the Z Flip opens to reveal a relatively basic smartphone screen. While WinFuture reports that it’s on the larger side at 6.7 inches diagonal, it’s going to be taller than it is wide (2,636 x 1,080 pixels), which will likely make landscape use quite tricky. It’s also notable that Winfuture pegs the display at Full HD (1080p) rather than rather than theS10’s Quad HD (1080p) or the 2K QXGA resolution in the Galaxy Fold.

Here’s another rumored spec sheet surprise: The Galaxy Z Flip won’t be running the latest Qualcomm Snapdragon processor. Instead, WinFuture says the new phone will use the slightly older Snapdragon 855+ that OnePlus uses in the 7T. There’s nothing wrong with that chip, mind you—and it’s still way faster than the Snapdragon 710 that powers the Motorola razr—but if the rumors are true, it won’t be much faster than the Galaxy Fold.

Elsewhere, the specs reportedly won’t match up with Samsung’s highest-end phones either. While the 128GB of base storage is plenty good, we’re likely looking at 8GB of RAM and a 3,300mAh battery, a far cry from the rumored 12GB of RAM and 5,000mAh battery in the Galaxy S20 Ultra. The battery is particularly small for a 6.7-inch screen—even a 1080p one—so we’re very curious to see Samsung’s hourly estimates.

While the Galaxy S20 phones will be loaded with cameras, the Z Flip will be relatively light on the lenses. According to renders and rumors, there will only be two rear cameras on the Z Flip, a stark contrast from the four on the S20 Ultra.

WinFuture’s spec sheet claims they will both be 12MP cameras, with the secondary one sporting an ultra-wide lens with a 123-degree field of view. That’s not bad—and actually matches up with the iPhone 11’s camera, which was one of our favorites of 2019—but like the processor and specs, cutting-edge phones carry an expectation that they will also take the best pictures. That’s not to say the Z Flip will take bad photos, they just won’t be on the same level as the S20’s.

Around the front, the Z Flip will reportedly have a pretty standard 10MP lens. One interesting point, though: Weinbach on Twitter says the tiny front screen “will also work as a viewfinder for the camera so you can use the better rear camera for selfies.” We’re not really sure how that will work, because the front screen is only supposed to be an inch tall, but consider us intrigued.

The Galaxy Z Flip will be unveiled at Samsung’s Unpacked event on February 11 in San Francisco, but we don’t know when we’ll actually be able to buy one. Last year’s Galaxy Fold took months to arrive after a long preorder period and production delays, but Samsung has presumably put those woes behind it. So we’d expect the Z flip to hit shelves at the same time as the S20, or maybe a week later if Samsung wants to give it its own spotlight.

As far as the price goes, we expect it to be significantly cheaper than the $2,000 Galaxy Fold. For one, the screen is smaller; for another, the hype has died down somewhat. Also, Motorola is selling the similar razr for $1,500, so the price is expected to be in that ballpark. Not a bargain, but also not that much more than a maxed-out Android flagship.