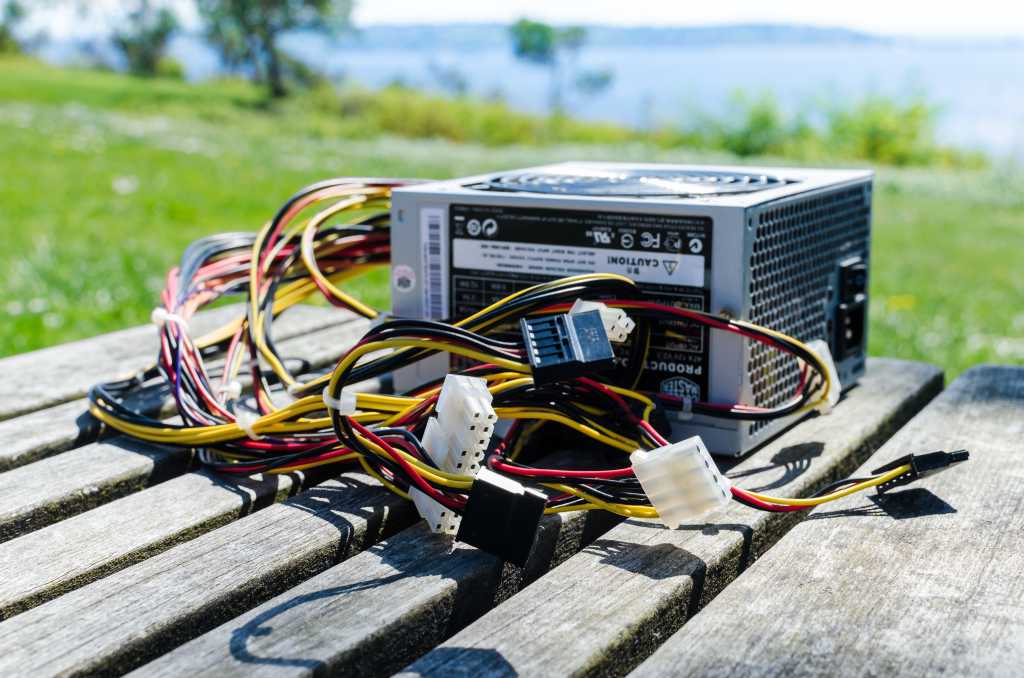 We don’t often talk about power supplies, but Intel’s new ATX12VO spec—that’s an ‘O’ for ‘Oscar,’ not a zero—will start appearing soon in pre-built PCs from OEMs and system integrators, and it represents a major change in PSU design.

The ATX12VO spec removes voltage rails from the power supply, all in a bid to improve efficiency standards on the PC and meet stringent government regulations. But while the spec essentially removes +3.3-volt, +5-volt and -12-volt and +5-volt standby power from the PSU, they aren’t going away—they’re just moving to the motherboard. That’s the other big change, so keep reading to find out more.

Don’t panic, DIYers: The PSU Enforcement Agents will not be coming to take away your 1,500-watt ATX PSU (there’s no such thing as PSU police anyway). ATX12VO is currently aimed mostly at PC OEMs and system vendors—some of whom have already started down this path on their own.

ATX12VO won’t be replacing ATX12V for individual PC builders. “Intel plans to continue to publish the ATX Multi Rail spec to maintain compatibility with existing motherboards and power supplies to provide the most options for our OEMs and customers,” Intel officials told PCWorld.

Efficiency (how effective the PSU is at converting the AC from the wall to DC that the PC needs) has evolved, too. The 2006 PSU operated at 78-percent efficiency, while the 2016 PSU has a 98-percent efficiency rating. That means the 2006 PSU would have to consume about 127 watts of AC from the wall to generate about 99 watts, while the 2016 PSU would consume about 100 watts to produce 98 watts of power.

Because ATX12VO removes so many rails, the thick 24-pin Main Power Connector would drastically drop down to a tiny 10-pin connector, similar to what we saw with Intel’s Compute Element earlier this year.

It’s about the efficiency

This efficiency gain is the main reason for the push toward ATX12VO. “As desktop computers continue to become more energy efficient, the power supply AC-to-DC conversion loss can be the biggest consumer of power in a computer at idle,” Intel officials told PCWorld. “Existing ATX multi-rail power supplies (5V, 3.3V, 12V, -12V, 5VSB) are not very efficient at low loads of today’s desktop computers when at idle,” according to Intel. Because the multi-rail power supply is sending very low current to all voltage rails, efficiency is just 50 percent to 60 percent.

The new ATX12VO spec significantly improves that efficiency. “By converting to a single rail power supply,” Intel explains, “the conversion losses can be minimized, reaching up to 75 percent efficiency at the same DC Load levels.”

Although you might expect California’s CEC to focus mostly on how much power a desktop or workstation burns under load, regulators are actually focusing on increasing idle and standby efficiency, which they believe yields the most benefit for power savings. The assumption is that desktops are idle far more than they are under load.

How ATX12VO could make PSUs cheaper

ATX12VO means change, and change can be scary, but it’s not all bad. One power supply maker told PCWorld that the move to ATX12VO should make PSUs “drastically” cheaper to build. Jon Gerow, director of research and development for another PSU maker, Corsair, agreed costs should go down while efficiency goes up.

But the power load isn’t really going away, because people still need those rails. “5V is still largely used,” Gerow explained. “It’s what powers your SSDs, your USB ports and all of your RGB lighting.” While 3.3V isn’t used as widely, according to Gerow, he added that Corsair uses it to power the LEDs in the company’s AIO coolers.

Instead, the power load is moving. Rather than being a small circuit board in a PSU, 3.3-volt and 5-volt power will be integrated into the motherboard.

There are pros and cons to this change. According to Corsair’s Gerow, the move offers more opportunities for customization. “You can scale the +3.3V and +5V for exactly what the build needs and no more than that,” Gerow said. On the downside, you’re adding features to the motherboard, which means most cost and more demand on the limited real estate of the board. And, of course, these circuits will need to be kept cool, making ventilation more of an issue.

PCWorld asked Gerow whether the motherboard or the PSU was better at power efficiency overall. Gerow said the answer depends. “Motherboards have to do it on such a smaller scale, so it’s easier to regulate these smaller loads with smaller components,” he explained. But as well all know, motherboards can be delicate creatures. “These smaller components are also more susceptible to damage from ‘bad power,’” Gerow said, “so the PSU and motherboard really need to work together as a team.”

Motherboard vendors whom PCWorld tapped for comment seemed largely optimistic about ATX12VO. One told PCWorld the move would let a motherboard better manage the power sequence during boot-ups, which can get sticky when a non-standard PSU is used. With the motherboard in control of all three rails, it can better monitor and calculate power consumption, and it can reduce the risk from abnormal PSU power spikes.

Motherboard manufacturers interviewed also believed local control of the 5-volt and 3.3-volt rails could be more dynamic, potentially benefiting power-sensitive devices like USB and audio controllers. Vendord also said having the voltage on the board could lead to better over-current and over-voltage protection.

Still, our motherboard sources said, moving both the rails and the power connectors to the motherboard means a greater burden of components, a larger PCB, and more PCB layers, meaning more complexity and more cost. Also as you move to higher-wattage needs—say 1,500 watts—heat dissipation becomes an issue.

Another board vendor said ATX12VO was “interesting” and really could help with the internal aesthetics of a systems. Today’s ATX12V Main Power Connectors are thick, awkward cables. ATXV12VO would make the connector smaller and the cables thinner, so they’d be easier to build with and easier to tie back or hide.

One vendor noted that controlling noise on the PCB could be a challenge, let alone performance. The first ATX12VO-compatible motherboard will likely be expensive as a result, but costs could come down as volume ramps up.

Not for DIYers just yet

Intel first released the ATXV12VO spec in July, 2019, but there’s no set timeline for hitting the streets. Intel said it’s really up to the OEMs to introduce hardware based on it when they’re ready.

Most of this doesn’t apply to the DIY crowd, at least not yet. Not only do consumers tend to freak out if they’re suddenly required to get a new motherboard, but supply and demand are stuck in what one vendor called “playing chicken.” PSU vendors don’t want to release ATX12VO products for DIY builders until there are motherboards that support ATX12VO. Motherboard vendors don’t want to create products until power supply makers support them.

We still don’t know what an ATX12VO motherboard will look like or what it will cost. The board itself is likely to be a little beefier, as the the 3.3-volt and 5-volt power conversion will be handled by modules on it. From reading the spec and talking to vendors, however, a future DIY build with ATX12VO would likely be similar to today’s builds.

Your ATX12VO Main Power Connector would be far smaller, and the cable would be more flexible. If the board has enough power from the single connector, the board maker may not even require you to plug in the auxiliary 8-pin power connector. The spec does allow for auxiliary 12-volt power through the EPS12V connector.

If you want to plug in an old-school Molex connector, the new spec allows PSU vendors to offer that directly from the PSU, but only with 12 volts, of course. If you’re hooking a really old 5-volt Molex device, you’ll need to get that from the motherboard power using a SATA-to-Molex connector.

For a DIYer, it really won’t be that different. The real question is how it’ll work with motherboards and PSUs.