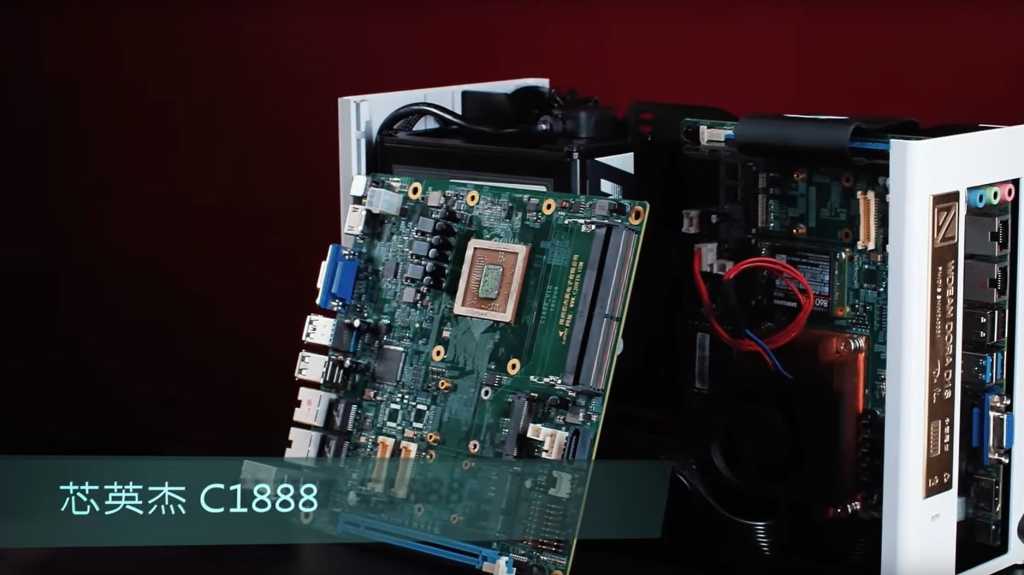 Decades ago, microprocessors from Cyrix, Centaur, and Via Microsystems competed directly against AMD and Intel. While those days may be over, Shanghai’s Zhaoxin wants to add another X86 PC processor supplier to the mix.

Tom’s Hardware brings word of the Zhaoxin KaiXian KX-U6780A, a new X86 chip. Zhaoxin has begun selling the chip on the Chinese online shopping site Taobao, bundled with a motherboard, for 4,300 yuan, or about $620. (According to Wikipedia, Zhaoxin is a joint venture between Via and the Shanghai government.)

Is the KaiXian KX-U6780A a worthy competitor to a chip like, say, AMD’s Ryzen? For now, the answer is no, not even close. The chip doesn’t even support hyperthreading, with eight cores and eight threads running at 2.7GHz. A Chinese YouTube channel put the chip and the related C1888 motherboard (designed by Cjoyin Electronics) through its paces, and discovered that the chip generated a Cinebench R20 score of 845—which, according to the database collected by the Maxon benchmark, puts it well behind the 1059 score recorded by a four-core Intel Core i5-3550U—an “Ivy Bridge” processor released in 2012.

Still, Tom’s Hardware notes that the chip is an engineering sample, and the performance could improve somewhat. The KaiXian KX-U6780A is a 16nm chip currently. It’s expected that Zhaoxin will try to hit the 7nm process node in 2021, a milestone which AMD has already reached.

Right now, the KaiXian KX-U6780A doesn’t sound like a chip worth buying. More competition is always good, however, and Zhaoxin appears committed over the long haul. It’s fair to say that Zhaoxin is probably a company worth keeping an eye on over the next several years.