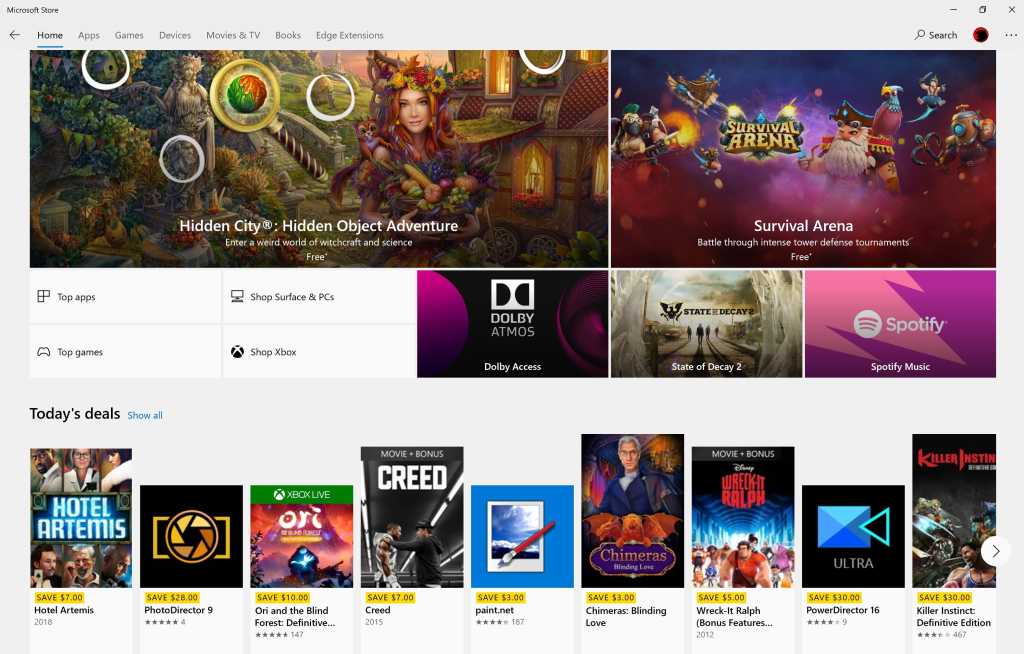 Microsoft has begun chopping at the roots of the UWP apps that populate the Microsoft Store, as it quietly announced plans to stop monetizing them using its own ad platform. That’s opened the door for traditional Win32 apps to play a larger role within the Windows ecosystem. Developers, however, may simply move on to other platforms instead.

In a small post, Microsoft said that it would shut down its Microsoft Ad Monetization platform for UWP apps by June 1, asking developers to find other means of funding their apps. “While this transition may be painful for developers who rely on the Ad Monetization platform today, we want to provide adequate time to make the transition to another ad platform,” the post reads.

UWP apps were originally intended to work across multiple Windows platforms: PCs, Windows tablets, Windows phones, the Xbox, and the HoloLens. But with the demise of Windows phone and the banishment of the HoloLens into the enterprise space, two key justifications for UWP apps disappeared.

Last May, Microsoft basically reversed its 2016 decision to bring UWP apps to the Xbox console, stating that it would begin adding traditional Win32 apps to the Microsoft Store. (Epic CEO Tim Sweeney had bitterly complained that UWP enabled Microsoft’s “monopolization” of PC gaming, but technical limitations also meant that UWP versions of games were less powerful than their Win32 cousins.)  That’s left the door open for Win32 apps, not just games, to play a larger role within the Microsoft Store.

In fact, migrating the Microsoft Store to Win32 apps seems inevitable. App stores run by companies and Apple implicitly assure users that the apps have been tested and approved, as one developer pointed out. Otherwise, it’s up to the user to decide whether the app itself is legitimate.

“General purposes apps that anyone can download from Web Sites are at least dangerous,” one developer from Mobility in Life applications wrote. “The user installs it and he has no idea or no control what’s going on behind the scenes (background services,malware,etc). In other platforms that apps are controlled from the OS provider, if an app breaks any privacy rule or a security breach then immediately it is removed from any Store. If the users download from everywhere no control can be done.”

The future is Win32

The debate over whether a multi-gigabyte game should be written as a UWP app or as a traditional Win32 app seems over, with Microsoft’s decision regarding Win32 games in the Store last year. More compact, everyday apps like Twitter, however, seem like they could go both ways.

Ideally, users would neither know or care which version of these apps they’d receive, trusting that they’d simply receive the best, most full-featured version regardless of whether it was written as a Win32, UWP, or even a Progressive Web App (a Web page that acts as an app).

That future may already be here. I previously downloaded the Win32 version of Slack, and downloaded a separate version from the Microsoft Store. Though two apps reside on my machine, clicking on either app appears to launch the Win32 version. Or maybe they’re so identical that I didn’t notice. (Slack doesn’t use in-app ads.) Either way, I’m simply using Slack.

As users, we can applaud the demise of UWP apps. But it’s also worth noting that development doesn’t take place in a vacuum. Without Microsoft’s ad platform, developers will either have to charge for apps, or find another ad platform entirely.  In a separate thread, developers bemoaned the lack of options: AdDuplex, possibly, and not may others. “We don’t have any choice from now on. The only thing we can do is to make our apps paid! And only paid!” one developer from Mobility in Life applications wrote. Others were debating moving from the Windows to the iPhone platform.

Chasing away developers doesn’t help the Windows ecosystem, either.  Microsoft’s Store is already rather devoid of apps; game developers have a number of storefronts to choose from (Epic, Steam) besides the Microsoft Store. Meanwhile, the launch of major creative apps like Adobe Lightroom seems problematic, as the comment section seems full of negative reviews about the app’s instability.

Microsoft’s decision, then, isn’t necessarily black or white. Users will experience it one way, and developers possibly quite another. In any case, Microsoft’s great UWP experiment seems to be slowly dying.