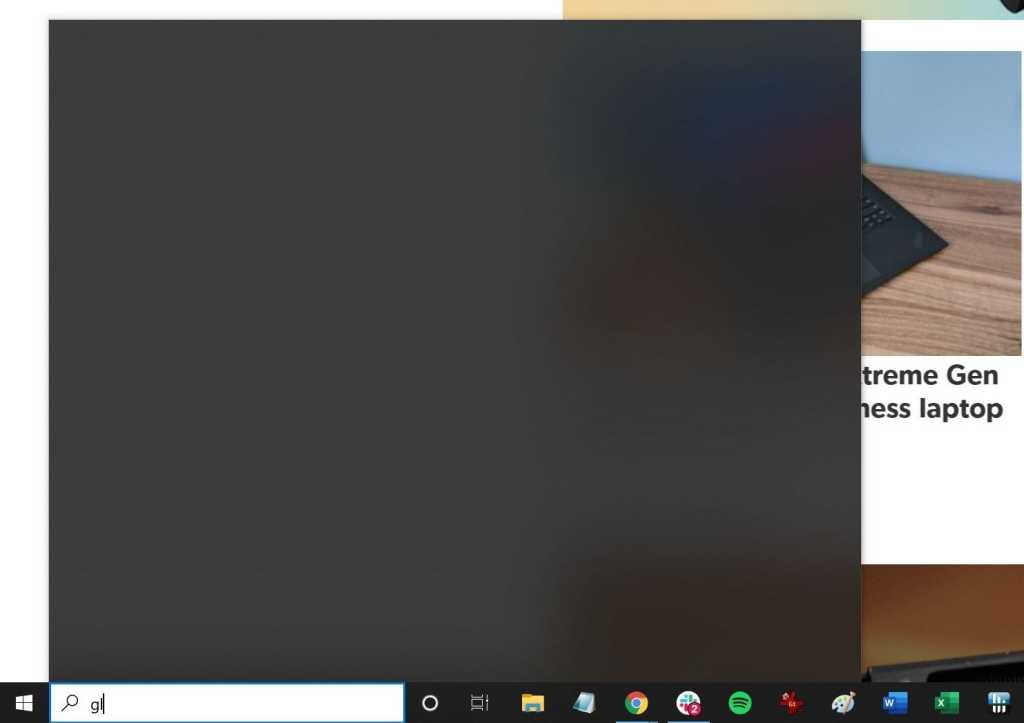 Nope, it’s not just you. Windows 10’s search bar is broken for many people, according to reports flooding in across social media. Mine’s broken too. It sucks.

Trying to use Windows 10’s native search tool results in an empty, unresponsive black box, rather than the expected list of results. Rebooting doesn’t help. It appears something’s broken on Microsoft’s end.

Update 12:33 PM: According to Microsoft, the search issue is a “server-side issue” that Microsoft is fixing, though it’s not fully solved. Here’s Microsoft’s statement: “We are aware of a temporary server-side issue causing Windows search to show a blank box. This issue has been resolved for most users and in some cases, you might need to restart your device. We are working diligently to fully resolve the issue and will provide an update once resolved.”

Tying into that theory, some users have reported that disabling Windows search’s native Bing integration fixes the issue. How To Geek has a step-by-step primer on how to do just that, and if you don’t find the Bing results useful in general, they’re worth disabling anyway.

I found a simpler workaround: Open File Explorer and use its search bar instead to find local files. Works like a charm on my system.

It’s not a good look a mere month after Windows 7 and its rock-solid search were put out to pasture. Windows 10’s search results have never been as good as Windows 7’s, in my opinion.

If you want a quick, awesome third-party tool that behaves much better and won’t ruin your day when Bing freaks out, check out Everything by voidtools. It’s an excellent no-cost program, but the developer accepts donations, so if you wind up liking it, toss a coin to your searcher. We covered it in an older article on 9 free tools that make Windows much better—especially today, it seems.