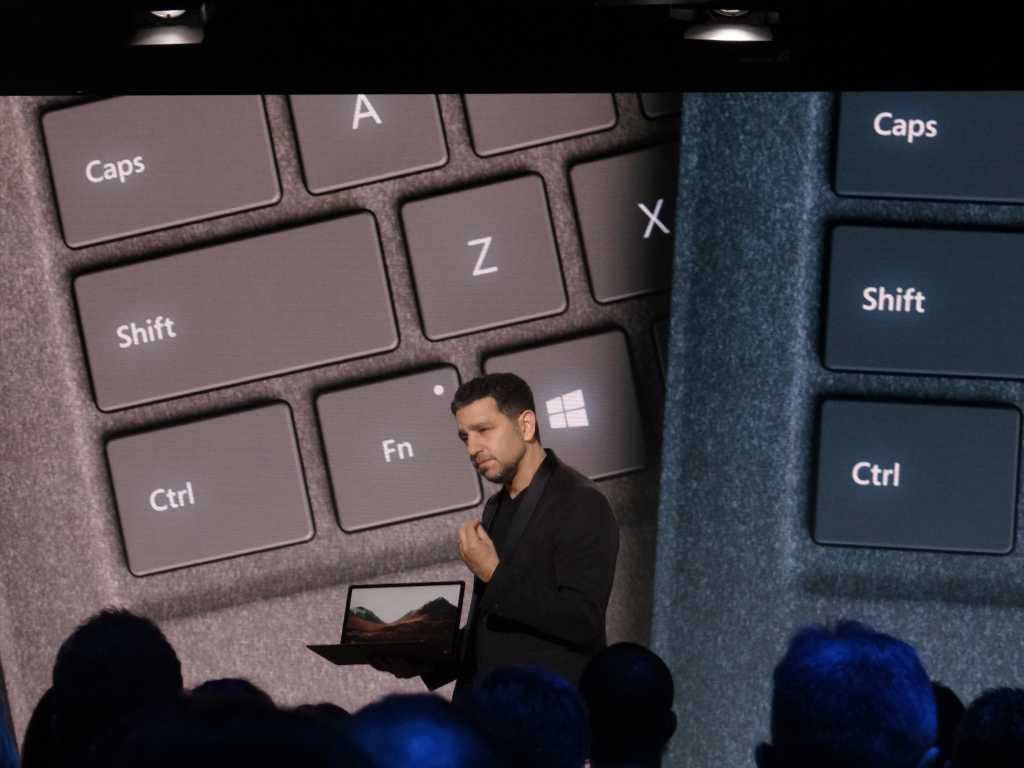 Microsoft is combining its Windows client and Surface teams into a dedicated unit led by product chief Panos Panay, according to a report Wednesday, potentially aligning its operating system and PC hardware under the same roof.

According to ZDNet’s Mary Jo Foley, the combination will be named “Windows + Devices,” and will be led by Panay. Joe Belfiore, who leads the Windows Experience team, will move over to the Office side of the house later in the year. A source close to Microsoft confirmed the report, though Microsoft’s not confirming it publicly for now.

“Personally I’m very excited to lead the Windows Client for Microsoft, which will help us streamline our decision-making processes, be clear on our priorities, and deliver the best end user experiences from silicon through operating systems across all Microsoft apps and service connected devices (OEMs and Surface),” Panay wrote in an internal memo, as reported by Foley. “We believe this will make the Windows Client experience better for the entire PC ecosystem.”

The combination will align Windows and Microsoft’s PC business even closer, in much the same way that Apple’s software and hardware teams work closely together, or Google’s Chromebook and Pixel teams talk to the Android and ChromeOS developers. That’s worked out well for Apple, of course, and the Android ecosystem is thriving.

The PC industry, of course, is a much more fragmented and fragile business. A surprising jolt in sales during 2019 was immediately being followed by predictions of a corresponding drop once the industry navigated the transition from Windows 7 to Windows 10. Microsoft, meanwhile, saw its Surface sales grow to nearly $2 billion even as company executives noted execution problems within the consumer Surface business.

Obviously, the Windows teams and the Surface hardware group work at the same company, so a certain amount of collaboration would be natural. This does take it to the next level, however. Microsoft has traditionally synchronized its Surface announcements with corresponding updates within Windows, although it was really the October, 2018 Surface launch when Panay and Yusuf Mehdi, Microsoft’s corporate vice president of what Microsoft then called Modern Life and Devices, overtly tied products like the Surface Pro 6 to collaboration, Office, and Windows.

PC makers worried that Microsoft was trying to take over the PC business when Microsoft launched the original Surface many years ago. In response, Microsoft positioned devices like the Surface tablet and the Surface Studio as trailblazers, establishing a market that PC makers could then fill out.

Of course, Microsoft’s “trailblazing” efforts haven’t always led to a surge in similar products. Consider the Windows tablet market: The Surface Pro (2017), Surface Pro 6, and the recent Surface Pro 7 simply haven’t faced much competition, as OEMs somewhat de-emphasized tablets in favor of more traditional clamshell designs. On the other hand, Microsoft will follow companies like Lenovo and its ThinkPad X1 Fold into the market with the foldable Surface Neo, due this fall.

Does Microsoft’s reorg pose a dire threat to the greater PC industry? Of course not. But it might have a demoralizing effect on PC makers, some of which have to feel that Microsoft’s moves make it tougher for everyone to compete. Microsoft’s recent emphasis on the cloud—and in effect, away from the PC—likely fuels such concerns.

It will be up to Microsoft to make the case that the move benefits the PC industry as a whole, and not just Microsoft. We’ll have to see what Microsoft says in that regard as it publicly spins its latest reorganization.

Updated at 10:02 AM with additional details.