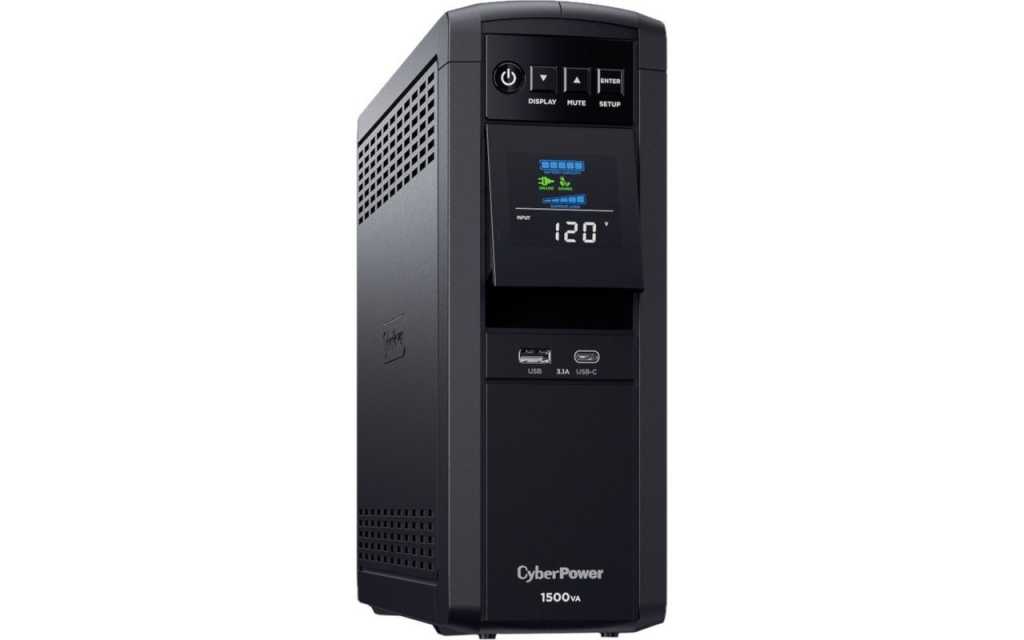 Protecting your precious data doesn’t mean making backups alone. If you’re not using an uninterruptible power supply, a sudden power spike or outage can ruin whatever you’re working on. Today, B&H Photo Video’s offering an utterly fantastic deal on a pure sine wave UPS. The CyberPower CP1500PFCLCD PFC Sinewave UPS is just $130Remove non-product link. That’s a $70 savings, which you’ll see once the UPS is added to your cart. The deal ends just before midnight on Monday evening Eastern time.

We’ve talked before about how important it is for desktop PC users to have an uniterruptible power supply (UPS). If the lights go out, these handy boxes give you a few minutes of electricity to shut down your PC gracefully so you don’t lose any data from a sudden power outage.

What’s so great about this particular CyberPower UPS is that it offers pure sine wave output. That means it delivers a purer form of power that supports a more reliable transition between grid and battery power. This UPS also supports power factor correction (PFC) and standard components.

This 1500VA UPS features 12 power outlets on the back, six of which offer battery support as well as surge protection. The other six are surge protection only. There are also in and out ports for hooking up your router, a serial port, and printer-style USB. There’s also a standard USB port and USB-C on the front.

Do yourself a favor and grab this UPS for your PC, home server, home entertainment set-up, or any other sensitive electronics that would benefit from an easier shutdown during blackouts.