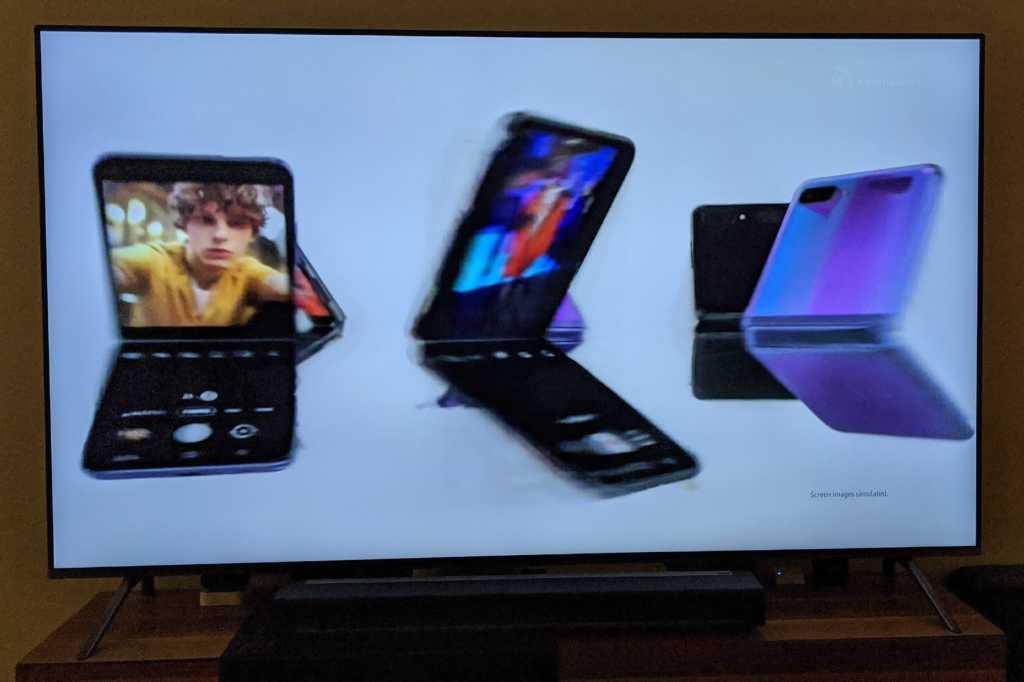 Apparently Samsung is as tired of all the leaks as we are. The first Unpacked event of 2020 doesn’t kick off for another day or so, but Samsung has already gone ahead and taken the wraps off its newest phone. In a surprise TV ad rolling moments after Brad Pitt won his first Oscar for Best Supporting Actor, Samsung showed off its latest folding Galaxy phone for the first time.

Update 2/10/20: The post has been updated with a new leak about a supposed Thom Browne edition.

The whimsical 15-second ad was set to French swing song “Comic Strip” by Serge Gainsbourg and features numerous shots of the new phone opening and closing. We didn’t learn much that we didn’t already know, though we did get to see the tint front display in action, so we know for sure you’ll be able to answer or dismiss incoming calls. We also got a clear look at the dual camera, as well as the phone’s purple or black shell.

Samsung’s second folding phone will reportedly be called the Galaxy Z Flip, but it’s unclear whether it’s a follow-up or a companion to the $2,000 Galaxy Fold. With a smaller screen, this phone is rumored to be significantly cheaper.

Hours later, another semi-official ad broke cover, in the form of a partnership with fashion designer Thom Browne. Leaked by Twitter user Walking Cat (@h0x0d), the cryptic ad for Thomas Browne Edition of the Galaxy Z Flip features a male model walking toward a waterfall that parts after he picks up the special-edition Flip, which has the company’s iconic red-white-and-blue stripe down the center of the case. The ad also shows a matching Galaxy Watch and Galaxy Buds, which look to come as a bundle in a special box.

Just last week, Mototola launched its own foldable flip phone in a revival of the iconic RAZR brand, and based on the images in the ad, the two phones have a very similar look. Motorola’s phone is already off to a bumpy start, however, after it barely lasted 27,000 folds during CNET’s torture test.

The slogan “Change the shape of the future” appeared just before the end of the ad along with a teaser for Unpacked on February 11. Of note, all of the images shown treated the two screens separately, with the top showing an image and the bottom featuring controls.