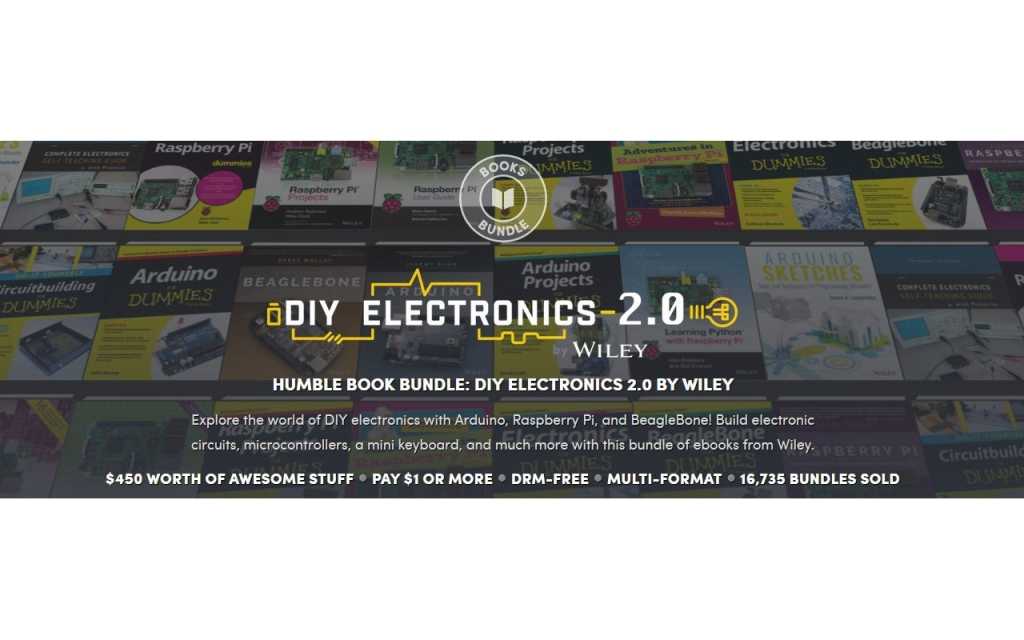 If you’re constantly looking at tweets from Adafruit with jealousy wishing you could weave DIY wonders like other hobbyists, today’s the day to get yourself on the path to electronics mastery with the Humble Book Bundle: DIY Electronics 2.0 by Wiley for as little as one dollarRemove non-product link.

The bundle features a ton of awesome DIY books from the venerable instructional publisher. First up at the $1 level you get five books including Exploring Arduino, Learning Python with Raspberry Pi, Raspberry Pi Projects, BeagleBone for Dummies, and Raspberry Pi for Dummies (third edition).

That is a crazy amount of knowledge you can pour into your brain for less than the cost of an actual Raspberry Pi. The sale ends Monday, so act fast.