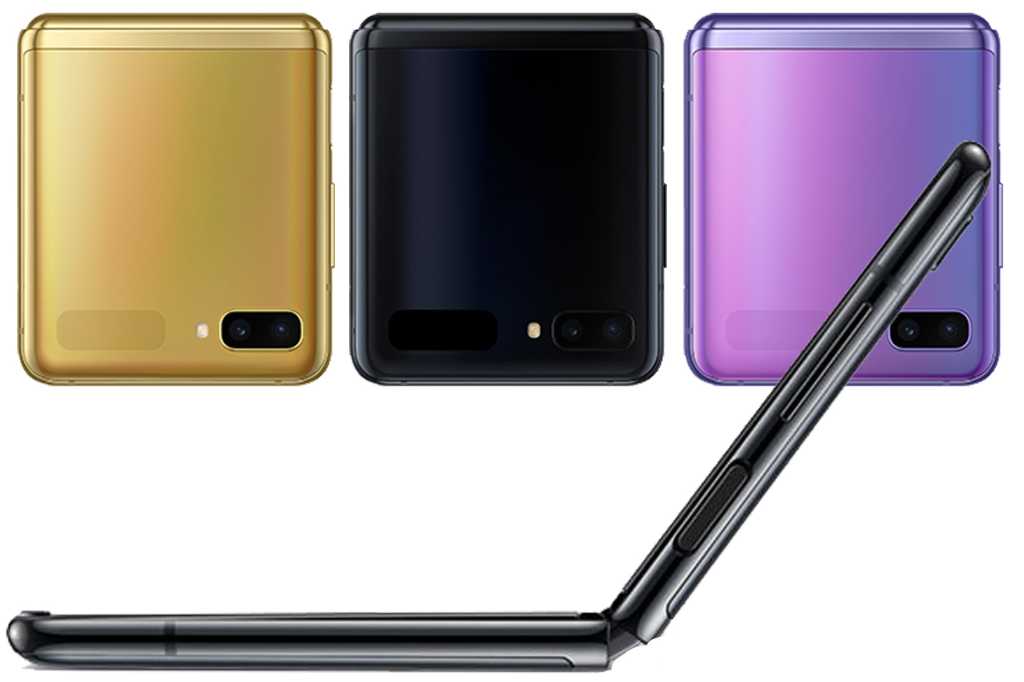 Samsung wasted little time in getting to the good stuff at its first Unpacked event of 2020. Right off the bat, it took the wraps off the Galaxy Z Flip, its second folding phone and the first one that’s actually kind of affordable. Seriously, it’s cheaper than the Galaxy S20 Ultra (which has a starting price of $1,400).

As far as the specs go, the Z Flip isn’t a midrange device like the Motorola razr. Along with the Flip’s 6.7-inch 1080p display, the Flip has a very speedy processor. I’m not sure exactly which chip it is, but the specs say it’s a 7nm, 64-bit Octa-Core Processor with a max speed of 2.95GHz, which is actually faster than the S20. It also boasts 256GB of storage and 8GB of RAM. Its 3,300mAh battery seems small, however.

But if you’re wondering whether to rush to drop $1,380 on it when it ships on Valentine’s Day (February 14), here are six features and facts you need to know first:

The hinge has vastly improved

After last year’s Galaxy Fold debacle, Samsung had to work on the hinge for the Galaxy Z Flip. It remains to be seen whether Samsung’s claims are believable, but this new model sports a Hideaway Hinge that uses a fibrous shield to protect the phone from the dust, dirt, and debris that brought down the first round of Galaxy Folds. Samsung says the Flip can be folded and unfolded more than 200,000 times, which is a thinly veiled shot at the Motorola razr and its own folding issues.

You can take selfies without opening it

The outside of the Galaxy Z Flip has an extremely small, 1.1-inch Cover Display. That’s good for checking the time and date or getting a glance at incoming texts, calls, and other notifications, but it’s also hiding another trick: You can use the tiny screen to take a full-sized selfie with the rear camera. It’s not entirely clear how that would work—whether it’s voice-controlled or accessible via a hardware shortcut—but you won’t need to open your Flip to snap a quick selfie.

The screen is made of glass

The Infinity Flex screen on last year’s Galaxy Fold felt weird. That’s because it’s not made of glass. Rather, it was bonded with thin layers of innovative materials crafted into a polymer that felt just like plastic. Compared to the glass of the Galaxy S10, it wasn’t great, so Samsung went to work. You can see the results of its efforts in the Galaxy Z Flip’s Ultra Thin Glass display. That’s right: It’s actually made of glass, so it should feel just like a smartphone when you run your fingers over it.

You can use it as a mini laptop

The Galaxy Z Flip’s design is a major departure from the Galaxy Fold. It’s not just that it flips open rather than folds, it’s also that you can use it without fully opening it. It’s called Flex mode, and Samsung describes it as having a viewing area and an interaction area, kind of like a very tiny laptop. When opened halfway, certain apps (camera, YouTube, Duo, Gallery, etc.) will split into two parts, with images at the top and controls at the bottom, whether that is a keyboard, trackpad, or buttons. It’s a neat trick that transforms the Flip’s somewhat cumbersome 6.7-inch screen into something much more usable. And even when you need to open it all the way, Multi Active Window lets you stack apps, so multitasking is just as easy as it is on your PC.

Google played a surprisingly big role during Unpacked this year, unveiling deep Duo integration that lets you video chat as easily on your S20 as you do on the Pixel. But the coolest announcement was the free YouTube Premium subscription you get with your Galaxy Flip purchase. Unless the subscription is open-ended, the benefit seems to be tied to the Flip itself, because Samsung didn’t put a cap on the offer. But even if you need to use the Flip to enjoy the subscription, that’s still a great deal for a service that normally costs $12 a month.

It doesn’t have 5G

Samsung talked a lot about 5G during Unpacked, so it’s surprising that the new Galaxy Z Flip doesn’t support it. There are any number of reasons why—heat, cost, battery—but if you’re hoping for blazing download speed on your Flip, you’ll have to wait ‘til the Flip 2.