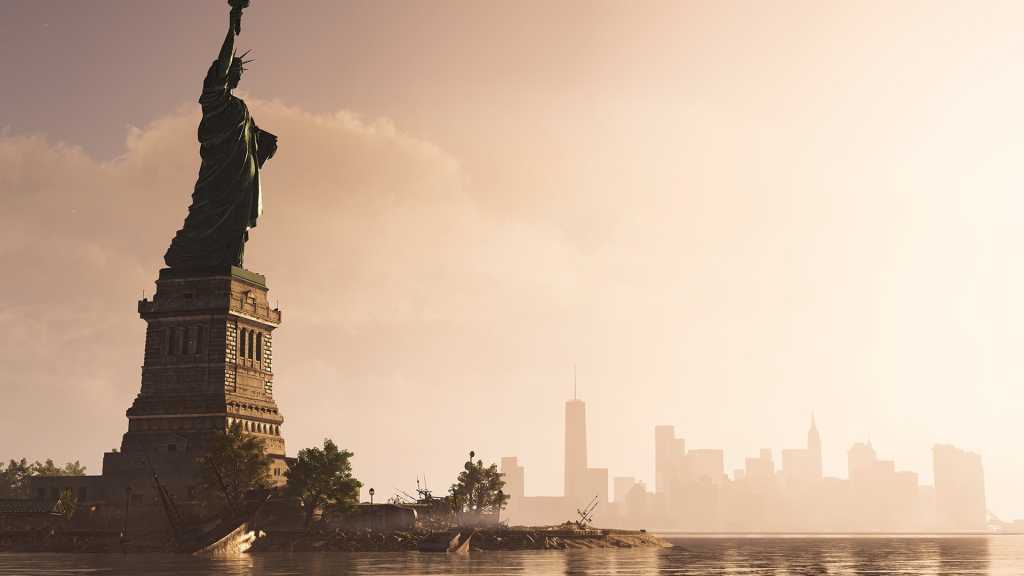 The Division 2: Warlords of New York

When The Division launched, bringing with it a snowy section of Midtown Manhattan, people assumed more would follow. Rumors of a Brooklyn-based expansion began circulating almost immediately, people filling in the blanks on the map. But whether planned or not, that expansion never manifested.

Until now, that is. Four years later, we’re finally headed to Brooklyn—not in The Division, but in The Division 2. Announced this morning, The Division 2’s new expansion Warlords of New York is taking players back to where the series began, albeit a few miles south and a few (in-game) months later.

It’s an expansion so ambitious you wonder why The Division needed a sequel at all—and whether we’ll ever see another.

No sleep ‘til Brooklyn

The Division 2 isn’t the first series to face these questions, nor will it be the last. This console generation has been marked (or marred) by “Games as a Service,” or the idea that games evolve past their initial release. They are living works, to be honed and added onto and reworked ad infinitum.

The term might be new, but it’s an old concept. A game that never ends? Up until a few years ago, that usually meant an MMORPG. World of Warcraft, Everquest, these were games designed for the long term. You needed a constant drip-feed of content to keep players satisfied, i.e. paying a monthly subscription. Of course, “constant” meant something very different in 2005 or 2010, but keeping a game fresh with regular expansions and updates isn’t new. The Division and its ilk merely weld these ideas to a singleplayer (or at least smaller-scale) framework, and pushed for faster and faster updates.

The business model hasn’t caught up though. Developers and publishers borrowed the idea of a forever-game from MMOs, but tried to fit it into a studio system that prizes sequels more than expansions. And thus, the loop keeps getting broken. Developers spend years adding new quests and new locations, fixing bugs and balancing weapons, making a game better than could ever be expected on release. Then all that work gets dumped for a sequel, and the cycle starts over.

It’s baffling, and unsustainable, and I suspect it won’t continue like this for much longer—that this generation will be chalked up to growing pains. Destiny 2, Ghost Recon Breakpoint, the past few years are littered with sequels that probably shouldn’t have been sequels.

The Division 2 may be one of the last, if we’re lucky—which brings me back to Warlords of New York. Yes, the series is going back to New York City. Yes, I’m excited.

Warlords of New York picks up shortly after The Division 2’s main story. Aaron Keener, a rogue Division agent, was a shadowy behind-the-scenes villain in both the original game and the sequel. Here, he finally graduates to the primary antagonist, with a crew of his own to take down. It’s the culmination of a story Ubisoft’s been weaving for four years now.

Returning to New York feels like coming home. Warlords of New York is set in a different part of the city—Lower Manhattan and part of Brooklyn—after it’s been ravaged by a hurricane, but it feels familiar. The skyscrapers, the yellow cabs, the subway, this is The Division at its most confident again. There’s an ominous feeling to post-apocalyptic Manhattan that I just never got in Washington D.C., despite loving the museum setpieces and other bits of The Division 2’s story.

What could have been

It makes you wonder: What if we’d never left New York City behind to begin with? That’s not to say The Division 2 shouldn’t have existed, but rather to imagine a world wherein The Division 2 was additive. You pay your $60, you go to Washington D.C., you play through the same campaign we got last year. Loot system? Overhauled. Guns? Retuned. All the myriad problems that The Division 2 addressed still get fixed.

Everything’s the same, except The Division 2 is actually just an ambitious expansion to The Division. At any time, you can depart Washington D.C. and head back to New York, play the three (and now four) years of The Division content Ubisoft already worked on.

In this hypothetical scenario, Warlords of New York is the long-awaited expansion to The Division’s New York map, finally letting people walk from Midtown Manhattan down into Lower Manhattan and out to Brooklyn in one contiguous stretch—and then back again. Aaron Keener’s story is less of an aside, more a continuous throughline that’s built upon in installments over five years. All the old modes carry over, and the Dark Zones, and the characters.

I don’t want to imply that this would be easy, or that it was even possible here. Perhaps the tech underpinning The Division wouldn’t allow it, and we didn’t get a Brooklyn expansion in The Division for a reason. Maybe the changes Ubisoft needed to make to The Division 2 were too far-reaching.

Or maybe it’s simply easier to market a sequel than “Another Big Expansion,” especially to those who fell off early. The Division certainly didn’t impress right out the gate.

It’s strange to keep starting over though, and I hope it doesn’t happen as often with the next console generation. If games like The Division are going to become a standard part of the landscape (as seems likely), then I want them to be designed from the get-go to keep evolving and expanding. Reward the people who stick with these games for three years, for five years, for ten years. Let them go back and revisit old zones, old campaigns. Let them get attached to their characters and their gear.

In other words, be an MMO. Be a Warframe or a World of Warcraft or a Final Fantasy XIV or an Elder Scrolls Online. Be a platform, and stop trying to apply an archaic business model onto a new format with new needs.

The cruel irony of course is that it seems like developers are starting to understand this after releasing sequels. Thus the games that will course-correct and continue onward are branded Destiny 2 and The Division 2 and such, forever frozen in time as a mistake of the old order. As I said, growing pains of an industry in flux.

Warlords of New York has made me curious about The Division 2’s second and third year in a way I wasn’t before. Is this the way of the future? I hope so. I looked at The Division 2’s New York City map during the demo and allowed my imagination to once more run wild, envisioned an update in a year that adds Midtown Manhattan back to The Division 2, or even adds another city to the mix. Los Angeles? Chicago? Paris?

Do I think it will happen? That The Division 2’s continued expansion can delay the existence of an eventual sequel? I don’t know—but it should. This is the right direction for games like The Division 2, even if it’s tougher in the short term. It’s healthier for developers, freed from the expectations that sequels be always bigger, always better than games that took literally years to build (See: Ghost Recon Breakpoint.)

I’m excited to go back to New York City—but then, I never wanted to leave in the first place.