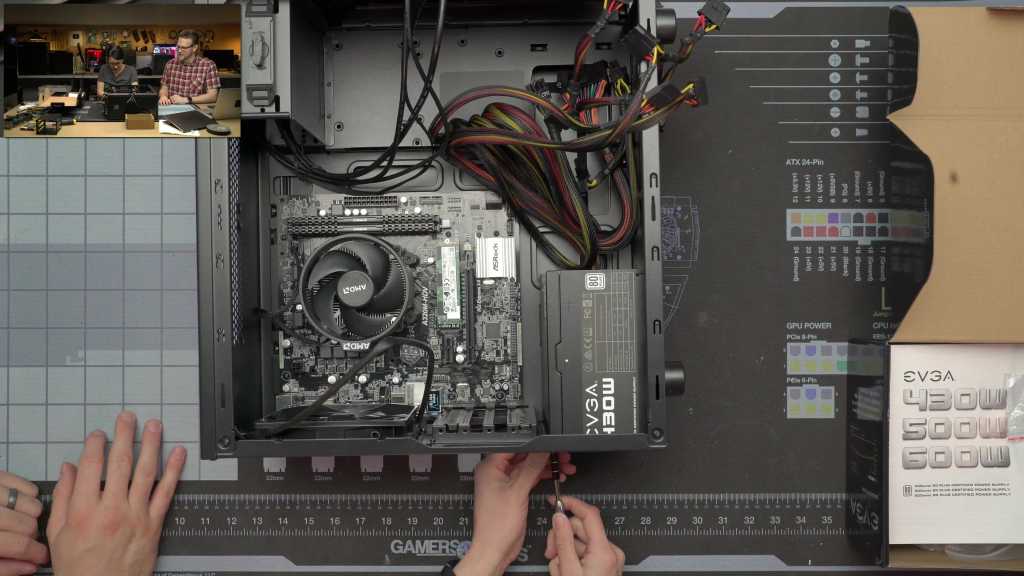 The glamour in PC gaming surrounds headliners like AMD’s 3950X, Intel’s 9900K, and Nvidia’s RTX 2080 Ti, but many people live on the opposite end of the spectrum when it comes to their budgets. So if you don’t have much to spend on a PC, AMD’s $50 Athlon 3000G can be just as exciting.

The 2-core, 4-thread 3000G APU launched in mid November 2019 and comes with Vega 3 graphics—so when paired with a budget motherboard, RAM, and storage, you can roll a modest gaming PC for just $300. (It’s possible to do it for even less, if you really need to cut your budget closer to the bone.) And now that GeForce Now has launched, you can combine the game streaming service with a low-end PC to play today’s biggest games (a few of them with ray-tracing!), something that previously required the highest-end hardware.

Given the possibilities, we decided to put together an Athlon 3000G system and put it to the test. And we did it live!

Want to build your own $300 PC? Read how in our detailed guide.

Overall, the build itself was straightforward and uneventful. Once it came down to testing gaming performance over local games and GeForce Now, though, it got a little wild. In fact, trying to answer the question of “Can it run Crysis?” led to a whole separate part 2 to our experiment.

Check out our videos if you want to see all our discoveries in real time, like how Crysis doesn’t play nice with some 64-bit Windows 10 installations. And if you want to build a similar PC of your own, you can use the part list below as a guide.

*For our stream, we had a couple of part substitutions based on what was available in our lab, but they were similar to these suggestions above.