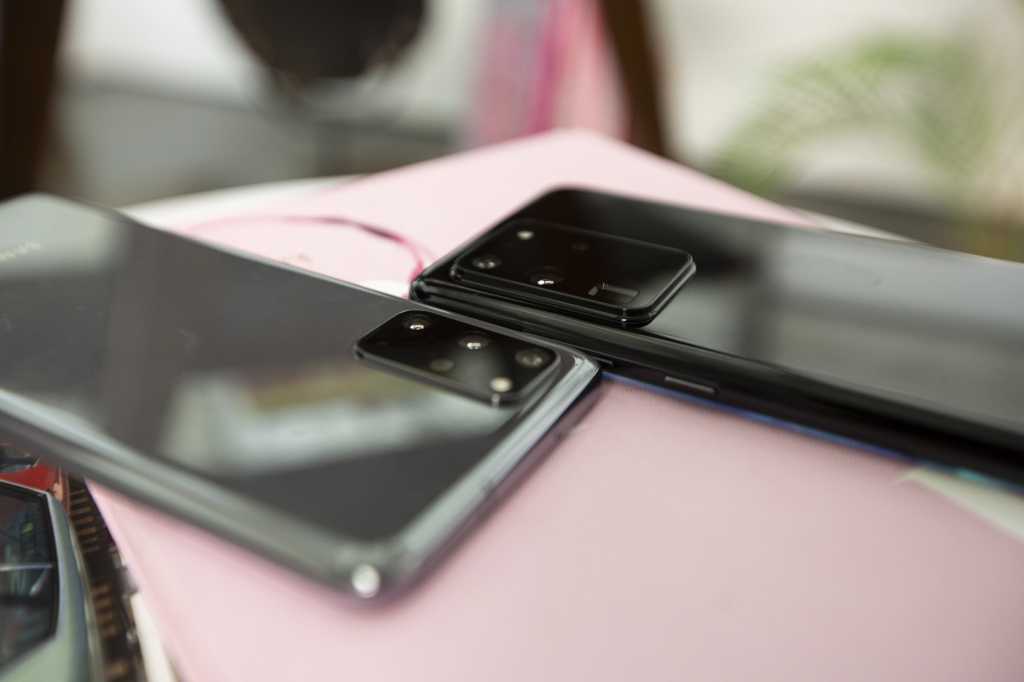 If you’d told me two years ago that Samsung would be selling a phone that starts at $1,400, I wouldn’t have believed you. At the time, you could get a Galaxy S9 with the latest Snapdragon processor, a Quad HD OLED screen, and a headphone jack for as low as $720, while Apple charged a then-outrageous $1,000 for the iPhone X. Samsung was selling affordable luxury, while Apple was pushing the most expensive phone ever made.

Then last year, Samsung bested the iPhone XR’s aggressive price tag with its own Galaxy S10e. It featured an OLED display instead of an LCD one, twice as many cameras, and double the storage for the same $750. So naturally, when Apple went ahead and trimmed the iPhone 11’s price of admission to $699, I assumed a cheaper Samsung Galaxy S20 was on the way as well. I imagined it would challenge our expectations of affordable premium phones, with 5G, a 120Hz screen, and a triple camera in the usual beautiful package.

But that’s not what happened. While the entry-level Galaxy S20 has all of those things, it doesn’t start at $700. Or $750. Now you’ll need to drop a grand just to get in the door. Samsung has loaded up its new phones with so many high-end components and features, the end result feels like an innovation tax. If you want the best, you need to pay.

All that would be fine if Samsung had made a low-end Galaxy S20 that cost less than a thousand bucks. It didn’t. This year’s third model, the Galaxy S20 Ultra, is a lavishly equipped superphone that tops off at $1,600, more than twice the cost of a new Galaxy S10e. Where the Galaxy S10e sacrificed just enough to trim the price and still retain its premium status, the newest member of the Galaxy S lineup adds so many bells and whistles, it costs $200 more than the already astronomical Galaxy S20+.

With each new Galaxy phone, Samsung seems to be caring less about what the devices cost and more about what they claim to do. The first all-5G lineup. The biggest camera sensor. The largest screens. Loyal Samsung customers have no alternative but to buy a pricier phone, whether they like it or not.

I had the same problem with the Note 10+ when it launched last year. Yes, it’s the best Note Samsung ever made and one of the best phones I’ve ever used, but at $1,100 it also has one of the highest starting prices of all time, tacking on $100 to the Note 9.

Granted, the Note has always been a pro-level device. The Galaxy S is supposed to be Samsung’s answer to the iPhone–a high-end Android phone for the masses, with good looks and top-notch specs that are still affordable for everyone. The thousand-dollar-and-up S20 stomps that notion, and turns Samsung’s affordable premium phone into just another high-priced handset with too much power and too much screen, all in the name of being first.

Now, I’m willing to admit that this isn’t all Samsung’s fault. Part of the pricing blame rests with Qualcomm for a) forcing phone makers to pair a 5G modem with the newest Snapdragon 865 processor, and b) not offering an integrated and cheaper alternative. But the rest of the S20 feels like Samsung’s effort to add features to justify a higher price, not the other way around.

Remember, just a year ago, the most expensive Galaxy S9 topped out at a 6.2-inch display, and it felt plenty big. Now that’s the smallest Galaxy S phone you can buy. Also, that phone had 6GB of RAM, while the S20 has 12GB. 64GB of storage vs. 128GB. Two cameras vs. four.

Call it the Samsung Tax. In just two years, just about everything about the Galaxy S has doubled, and Samsung has charged us accordingly. More phone for more money. Never mind that most people aren’t asking for bigger screens and more megapixels. Samsung wants to build the biggest and best phone, price be damned.

If Samsung’s trying to top Apple, it’s going about it all wrong. Where Samsung keeps reaching for more, Apple exercises an almost Zen-like serenity. It hasn’t changed the size of the iPhone in three years, though it sells plenty of them. Apple builds each new iPhone to hit a price point. Each year a new iPhone arrives, we know what it’s going to cost. The Apple Tax is static.

No doubt Samsung fans will have access to trade-in deals and bundles and BOGO offers that will nudge those prices down to something more reasonable. In fact, right now you can trade in your $800 Pixel 4 and Samsung will give you $600 toward a new Galaxy S20. That’s very generous, but remember, the Pixel 4 only launched in October. We shouldn’t need to swap one premium phone for another just to reach an affordable price. On its face, Samsung is tacking too many features and high-end components onto its newest flagship Galaxy phones, making the Samsung Tax unsustainable. A $1,400 phone is acceptable if there’s a $700 counterpart. With the S20, there’s no affordable alternative.

The kicker is, none of it is necessary. We don’t need a 108MP camera. We don’t need 12GB of RAM. Heck, we don’t even really need 5G, at least not yet. By going with an all-5G lineup for the S20 and pricing the phones out of reach for most consumers, Samsung is forcing fans to pay a premium with no compelling reason to do so other than fear of missing out.