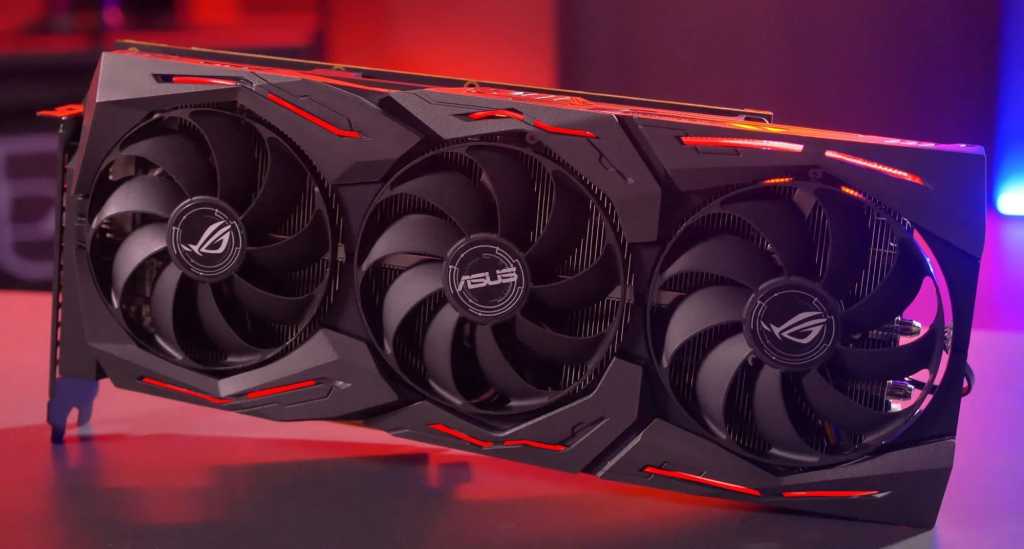 The Asus ROG Strix Radeon RX 5700 XT is one of the most premium custom RX 5700 XT models around, pairing a top-end PCB with the company’s beastly bespoke cooler and a hefty overclock. But it’s been plagued by a worrisome issue: overheating. Numerous buyers have reported that the card runs hot, and after BIOS updates failed to fix the concern, Asus is now blaming AMD’s design guidelines for the issue. Fortunately, though, there’s (finally) a fix.

Update: Six days after it published its findings and pointed the finger at AMD, Asus has quietly updated its post, tweaking the verbiage in some crucial ways. We’ve weaved the changes into the article below, with additional context as needed. It also deleted the PSI range graph originally published in the post. You can still see it in our coverage below.

The ROG Strix Radeon RX 5700 XT’s woes were well-chronicled by Hardware Unboxed in the video below. In short, the screws mounting the cooler to the card weren’t turned tightly enough, leading to higher-than-expected temperatures, and since the Strix’s custom cooler is so heavy, gravity can potentially make the problem worse over time. Users found that tightening the screws or adding washers to increase pressure could improve thermal performance.

Having to jerry-rig something together to get decent performance out of your $400-plus graphics card is a bummer, to say the least, especially in one of the most expensive models available.

In a post published Friday afternoon, before a long holiday weekend in the U.S., Asus confirmed the issue and said AMD’s design guidelines are to blame. “Initial batches of ROG Strix RX 5700-series graphics cards were built following AMD’s guidelines,” the post said as first published. It’s worth noting that this isn’t a widespread issue with custom Radeon RX 5700 models from other companies, and the ROG Strix packs a much beefier design than most graphics cards.

We asked AMD for comment when Asus published the first version of its post, but did not receive one.

Asus has since updated the post, walking back the blame somewhat. “Initial batches of ROG Strix RX 5700-series graphics cards were torqued to 30-40 PSI based on AMD’s baseline recommendations,” the post now reads (emphasis ours). “While those guidelines provided leeway to apply more torque, we took a cautious approach because were dealing with a new 7nm GPU and didn’t want to risk damage to the die.”

After performing additional testing in the wake of user complaints, Asus says it discovered that the optimal range for its Radeon RX 5700 graphics cards is actually between 50 and 70 PSI. “As a result, all ROG Strix Radeon RX 5700-series graphics cards shipped from January 2020 forward feature new screws that increase cooler mounting pressure to 50-60 PSI, resulting in improved heat transfer from the GPU to the heatsink,” the company says.

If you’ve already bought a ROG Strix RX 5700-series GPU and want the newer mounting screws, you can contact an Asus service center starting in March and they’ll swap the hardware out for you.

Critically, Asus’s testing found increasing PSI past 75 PSI exceeds the specifications it recommends, so performing at-home modifications could wind up negatively affecting performance. When Hardware Unboxed tightened the cooler on its Radeon RX 5700 XT, it found that the GPU’s memory temperatures skyrocketed, though not to dangerously high levels—likely because of better heat transfer from the GPU to the heatsink, which is shared with the memory modules. It remains to be seen if the new Asus specifications suffer from the same issue or if the 50 to 60 PSI provided by the new mounting hardware is just enough to bring GPU temperatures down without affecting the memory.