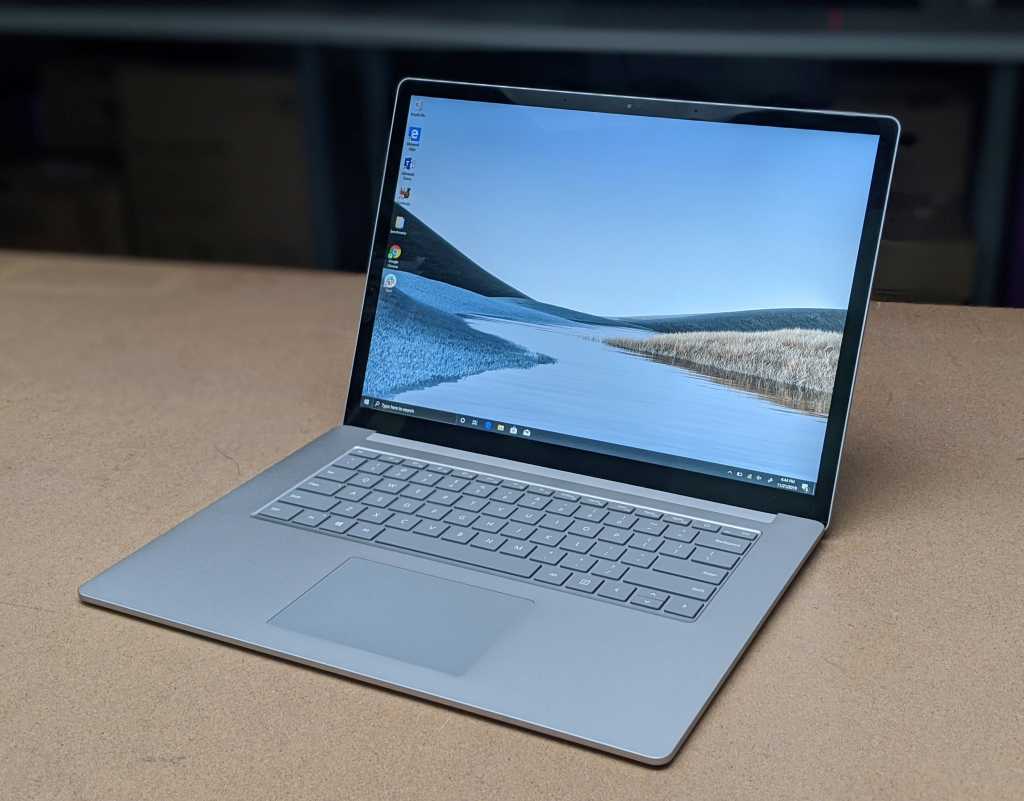 An unknown number of Microsoft Surface Laptop 3 notebooks have developed cracks in their screens that the owners say spontaneously occurred.

A collection of links compiled to enthusiast Barb Bowman point to complaints across social media and other online forums, including Microsoft’s own support sites. In it, users report cracks spontaneously appearing, although Microsoft representatives were initially skeptical. In her post Bowman adds, “it appears that these devices are all the non Alcantara variety and are Aluminum only.” A quick scan of the posts she references, however, suggests that at least one or two might be different models.

In one thread, for example, a user claimed that the crack spontaneously developed.  “My device has been carefully sitting on my desk in it’s box since purchase,” she wrote. “It has not been dropped or damaged in any way. Yet I noticed after I set it up that it has a hairline crack in the glass on the right hand side of the screen.”

“Physical damage do not happen if there is no external force,” a Microsoft representative replied. “You’re right that regular use with touch and opening/closing its lid should not lead to this.”

Microsoft appears to be telling customers that while cracks are not covered under the standard manufacturer’s warranty, they are covered under the Microsoft Complete Warranty Plan’s accidental coverage. Under the latter scenario, users must pay a $49 deductible to get the screen repaired. Some users seem to be grumbling about a potential design defect, however, which would potentially open up the possibility of a more lenient exchange / repair policy.

So far, Microsoft has said nothing more other than that the company is looking into it, according to ZDNet’s Mary Jo Foley. (We’ve since heard back from Microsoft ourselves, and representatives reiterated that they’re looking into it.) We’ll have to wait and see if the issue is a possible manufacturing issue, a design defect, or just a run of bad luck by some users.

This story has been updated to note that Microsoft representatives responded to our request for comment.