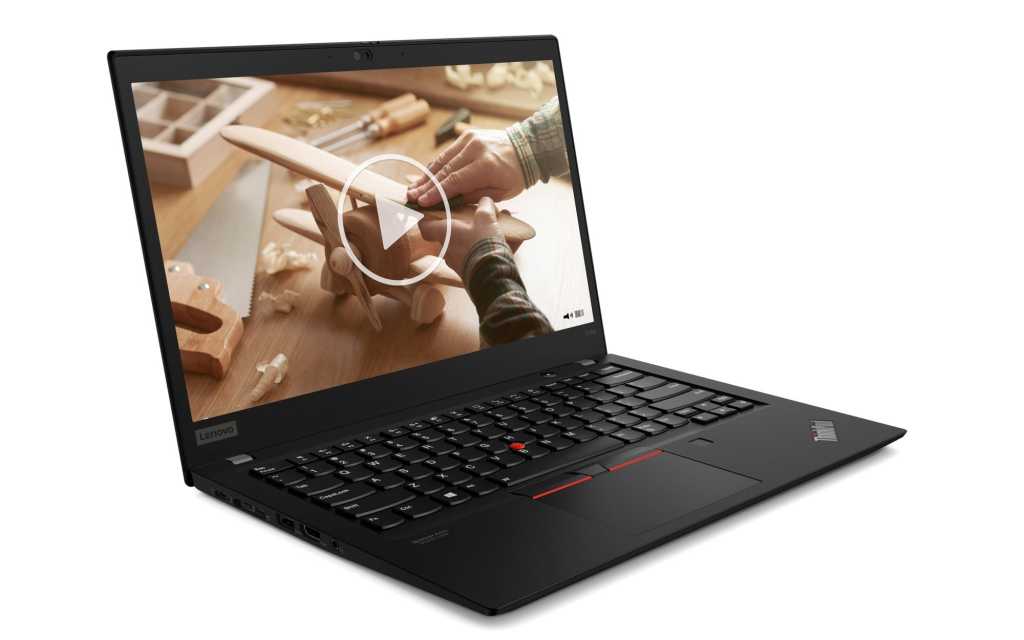 Lenovo said Monday that a number of its upcoming ThinkPad laptops will use the AMD Ryzen Pro 4000 Mobile series of mobile processors, a strong endorsement for AMD’s new chips.

Both Lenovo’s premium T-series, X-series and L-series line will offer Ryzen Pro 4000 models, which will be offered alongside Intel’s 10th-gen Comet Lake chips, in business-oriented vPro versions. Lenovo was originally scheduled to launch the new laptops at the MWC show in Barcelona, which was cancelled over coronavirus concerns.

Lenovo said that all of the new ThinkPad models will offer Wi-Fi 6 (802.11ax), regardless of processor. The sliding ThinkShutter webcam shutter will be included on all of the models, too. PrivacyAlert, which uses the IR camera to determine when someone is peering at your screen, will be optional on ThinkPad devices with an IR camera, Lenovo said.

Of course, the most interesting aspect is that the new laptops will be using the AMD Ryzen Mobile 4000 series of processors, which AMD announced at CES. Those chips move AMD’s mobile Ryzen offering into the 7nm generation with its Zen 2 design. Lenovo appears to be using a “Pro” version of the chip, presumably AMD’s equivalent of the vPro architecture used by Intel. Though we haven’t tested AMD’s latest mobile Ryzen chips ourselves, they’re expected to offer comparable performance to that of Intel’s own 10th-gen Core chips.

Unfortunately, Lenovo hasn’t told us how many Lenovo ThinkPad models will use AMD’s mobile Ryzen, as opposed to the Intel’s 10th-gen mobile chips. Basic spec sheets provided by Lenovo indicate that the new ThinkPad laptops will use Intel’s 10th-gen processors, but not the specific model, either—including whether they’ll use Ice Lake or Comet Lake. And no, we don’t know the names, clock speeds or any other details of the new Ryzen 4000 Mobile processors.

Of the specs Lenovo provided, here’s what we do know: The most powerful T-series ThinkPads—the T14, T14s and T15—will apparently all include both AMD mobile Ryzen 4000 options as well as Intel’s 10th-gen parts. Features include Modern Standby, Wake on Voice, Dolby Audio Speaker System and brighter displays with optional Dolby Vision. Prices will begin at $849 for the T14, $1,029 for the T14s, and $1,079 or the T15, and the laptops will ship in the second quarter.

The premium ThinkPad X13 and X13 Yoga will offer screens with options that include the 500-nit PrivacyGuard option. Both 10th-gen vPro and Ryzen Pro 4000 Mobile processors will be included. Both the X13 and and X13 Yoga will be available in the second quarter, at prices starting at $849 and $1,099, respectively.

The more mainstream L-series—the L14, and L15—will also be refreshed with both the 10th-gen Intel Core and AMD Ryzen 4000 Mobile chips. New features that Lenovo is touting include rapid-access unified communications keys on the L15 and L14, plus Dolby Audio. Lenovo is quoting starting prices of $649 for both. Lenovo’s L13 and L13 Yoga are also included, but Lenovo has said little beyond that they’ll include an Intel 10th-gen vPro processor. Prices will begin at $679 for the L13, and $799 for the L13 Yoga.

While we don’t know exactly how AMD’s mobile Ryzen 4000 chips will compare to Intel’s Core, Lenovo’s endorsement is a strong indicator that they’ll be competitive.