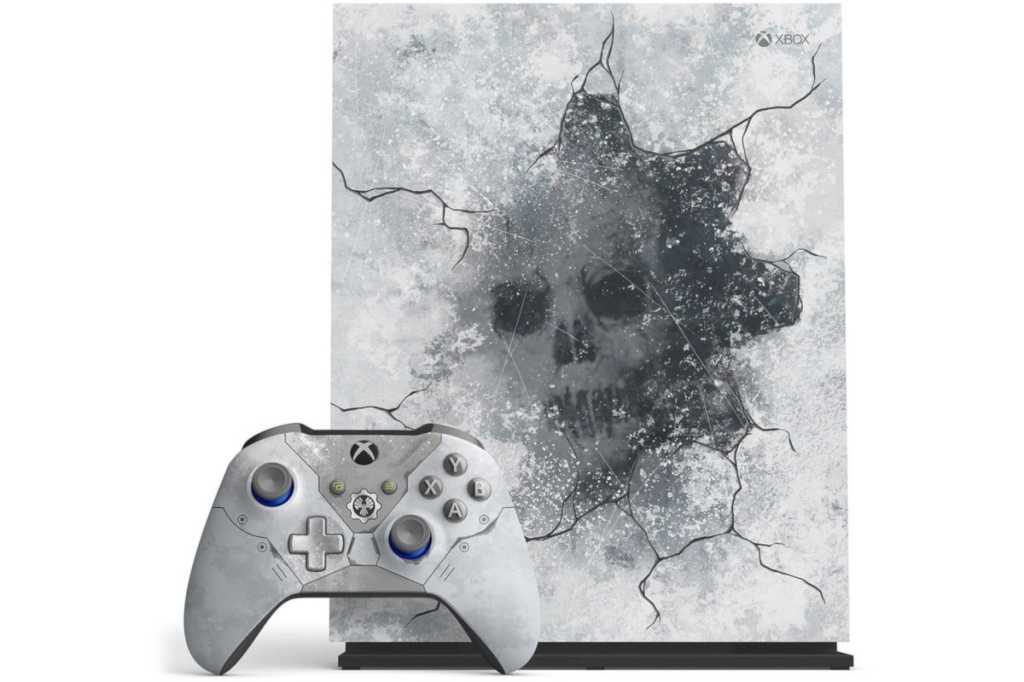 If you missed the delectable Xbox One X bundle deal at Dell a few weeks ago, there’s a similar deal right now at B&H Photo & Video. The retailer is selling the Xbox One X Gears 5 Limited Edition Bundle for $300Remove non-product link. That’s well below the $500 sticker cost, and a much better price than you’ll find elsewhere right now.

The Gears 5 bundle features a 1TB Xbox One X console with a pretty awesome looking case design, as well as a matching wireless controller. You also get the Complete Gears of War Collection. If Gears doesn’t strike your fancy, B&H is also selling Star Wars Jedi: Fallen OrderRemove non-product link and NBA 2K19Remove non-product link bundles for the same price. Those bundles lack a fancy custom paintjob on the console itself, though.

Microsoft’s Xbox One X is the most powerful console available by a long shot, delivering a surprising amount of power in a very small box. Even at its full $500, the Xbox One X delivers a value proposition that gaming PCs just can’t match. “The Xbox One X is the best price/performance ratio on the market at the moment,” we said in our review. “Sure, you can build a PC that outperforms it at every turn—some of you reading this probably have. But native 4K gaming for $500? And in a form factor this small and this quiet? That’s pretty incredible.”

With a mere $300 price tag, it’s hard to ignore the current console champion, even with the next-gen Xbox Series X slated to launch later this year.

Gears 5 is great, but if you want access to a bunch of other games without paying too much, don’t forget to sign-up for Xbox Game Pass Ultimate. It combines the benefits of Xbox Live Gold and Xbox Game Pass. The service normally costs $15 per month, but Amazon’s running a deal that gives you three months of Game Pass Ultimate for just $25.