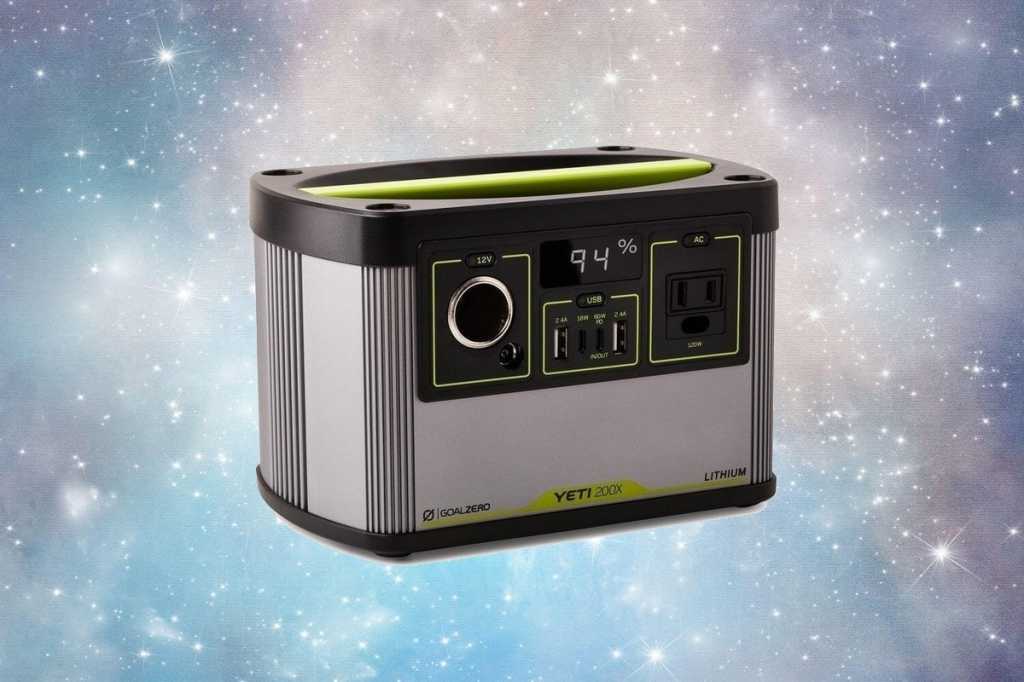 The Goal Zero Yeti 200X is a small power station to keep your devices going, whether you are away from home or lose power in an emergency.

Portable battery packs come in handy when you’re traveling or when you need to ensure your phone’s battery stays powered through a concert. But for long weekends away from an outlet—say, a camping trip—or as an emergency power source, most battery packs are not going to last long enough.

For those situations, power stations are better equipped. The latest station I tested  is the Goal Zero Yeti 200X. As its name implies, this station has a battery capacity near 200Wh—187Wh to be precise. It sports six different ports in its compact form factor.

The 200X weighs five pounds and measures 7.9 x 5.1 x 5.1 inches. There’s a handle on top of the station that makes it easy to carry. The top and bottom of the housing are made of plastic, while the midsection is encased in a metal shell. I learned the housing is sturdy when I inadvertantly dropped the station from about five feet onto a hard surface, which the Yeti 200X surivived without even a scratch.

From left to right, the front of the 200X segments its six ports into three sections: a 12V car charger port and a 6mm barrel plug; a USB-A port, two USB-C ports, and another USB-A port; and a standard wall outlet. Above each of those sections is a power button. Press the respective power button once to wake the station and activate its display, which will tell you how much charge remains. Press the same button again to activate its related port/s for use.

The USB ports have varying levels of output. The standard USB connections are capable of 5V/2.4A. One USB-C port can handle up to 18W, while the other port can output up to 60W—as well as be used to charge the power station. The 110V outlet can handle devices up to 120W, with a surge level of 200W. The 60W USB-C port along with the wall outlet are more than capable of charging your laptop or fast charging a phone.

On the back of the 200X is an 8mm barrel plug for charging the station with the included power supply, or using a solar panel. You can also buy a 12V adapter ($39.95 from Yeti) to charge the station using your car’s 12V outlet.

Testing the battery’s overall efficiency by measuring its output from 100 percent until it powered off, I recorded a total of 159.644Wh of output. That output gives the 200X an efficiency of 85.37 percent, which is just slightly lower than the 86.56 percent average efficiency of the other stations I’ve tested.

At the end of each rundown test, I always press the power button on whatever battery pack or power station I’m testing to ensure it’s completely empty. With the Yeti 200X, it always stopped charging with three or four percent of a charge left. 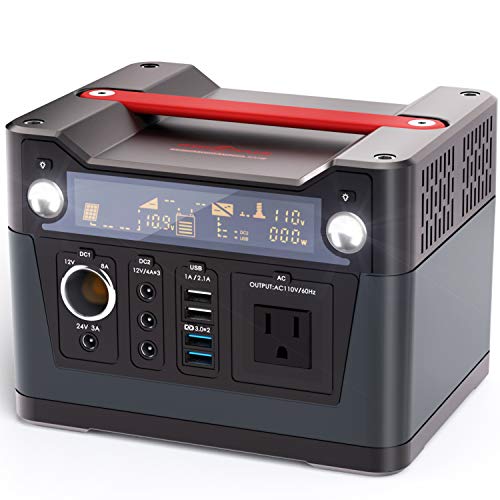 Using the same lamp I’ve used in previous tests, and a time-lapse video captured with a Wyze Cam, I was able to record the 200X powering the lamp for five hours and four minutes. As with the standard battery tests, the power station turned off with 3 percent of a charge left. I turned on the lamp again, but it turned off after just a couple of minutes. The Yeti 200X is the smallest power station I’ve tested thus far, and yet it came close to matching the larger Anker Powerhouse 200, which powered the lamp for five hours and 18 minutes.

Using the same camera setup, I was able to record the station charging from empty to 100 percent in four hours and four minutes when using the included power supply. That’s a relatively short amount of time, and right in line with what I experienced when testing the RockPals 300W Power Station. Goal Zero recommends charging the station every three months if you plan on leaving it on a shelf.

At $300, the Yeti 200X isn’t cheap. But it’s an investment in the peace of mind of having access to a respectable amount of power, be it at home or in your car. It’s the same price as the Anker Powerhouse 200, and has a couple of extra ports and is more efficient.

If you’re looking for a power station that’s not huge and handles its capacity well, the Yeti 200X is a respectable choice.