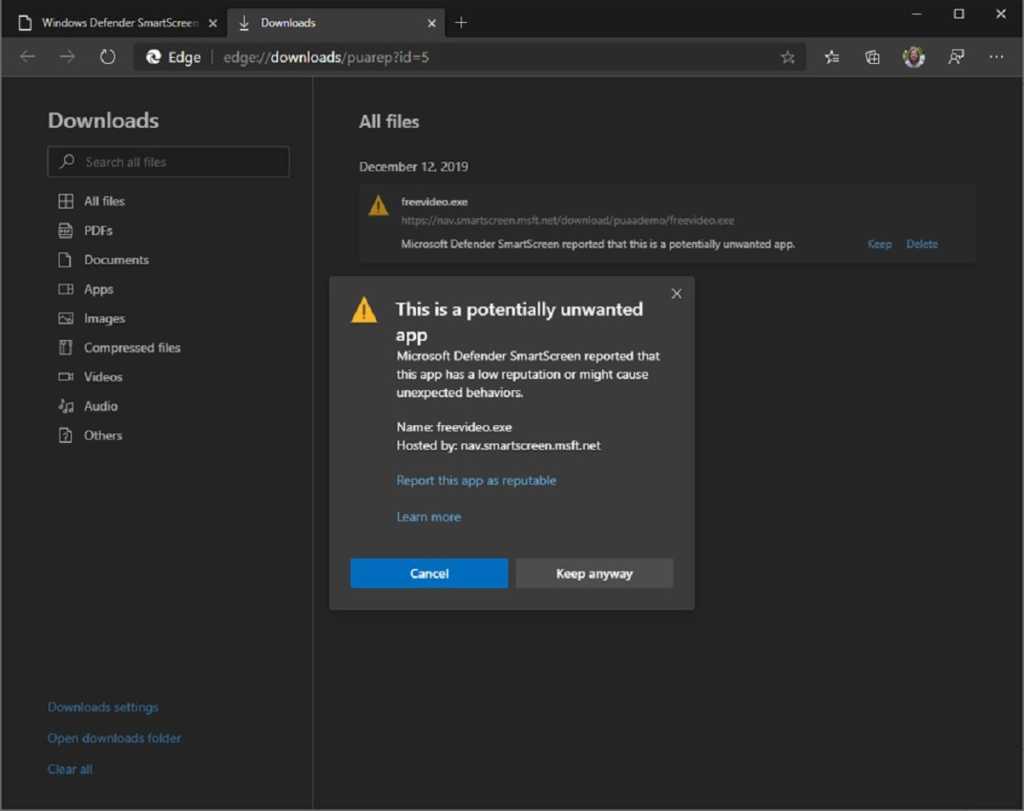 Beginning with the current version of Microsoft Edge, Microsoft will begin blocking adware, Bitcoin miners, and other unwanted apps that sometimes accompany apps that users download from the web.

Microsoft Edge version 80 contains a new Settings menu with the option to “Block potentially unwanted apps,” which works in conjunction with Windows’ Microsoft Defender SmartScreen to detect and warn against what Microsoft calls PUAs, or Potentially Unwanted Apps. (Microsoft has listed what it considers to be common PUAs here.)

If turned on, Edge will block these apps by default, though you’ll have the option to override Microsoft’s decision and allow the app to download and install.

The new option takes Windows’ own built-in protection in a different direction. To date, Microsoft’s efforts have been focused primarily on malware. The company’s answer to that has been the Microsoft Store, which has a list of curated apps that Microsoft has already approved. But far more applications can be downloaded from third-party app stores or from the web itself, where users must depend on the trustworthiness of the app’s author.

Microsoft makes clear, moreover, that PUAs are not malware, per se. Adware or cryptominers don’t necessarily harm your PC; they simply slow it down. Some anti-malware applications already identify applications like cryptominers and block them. Microsoft’s code now attempts to sniff out piggybacked applications that come bundled with apps that are otherwise harmless.

Edge’s protections against PUAs are off by default, though they can be turned on by going to Edge’s Settings menu, then to Privacy and Services > Services > Block potentially unwanted apps. If a PUA is detected, you’ll see a notification, like the images shown in this article. You’ll then have the option to reject the app entirely, or let Microsoft know that it’s okay to download. Microsoft will take this feedback and incorporate it, Microsoft said in a blog post.