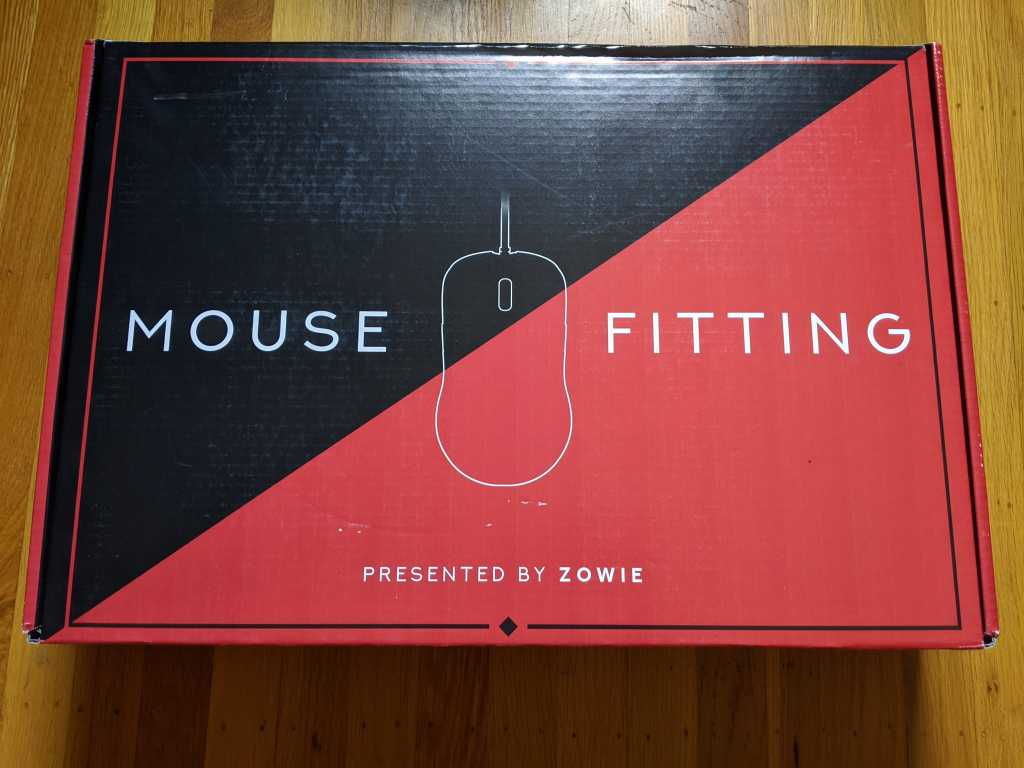 Mouse reviews are extremely subjective. I’d argue that they’re the most subjective hardware reviews we do at PCWorld, and that makes them some of the toughest. Sure, I can tell you if anything is obviously busted, rattle off some facts about the sensor and the number of buttons. But that doesn’t really tell you much.

It’s the shape that matters, the feel of the mouse in your hand. You don’t really know how a mouse performs until you give it a spin—and unfortunately the rise of the internet has made that difficult. Where do you go to try a mouse before buying?

Enter Zowie with an ingenious idea: It brings the mice to you.

A mouse for all seasons

It’s not a new idea, obviously. The internet is rife with these sorts of schemes, be it for clothing, jewelry, glasses, skincare products, and so on. The move from retail stores to a shipping economy has made it hard to feel sure about anything you buy online, but especially anything with a highly subjective design.

That includes mice. As I said, there are very few hard facts to throw around when writing a mouse review. Ambidextrous or right-hand scoop? Sure, that’s easy enough—but the degree of the slope, or the way the rear of the mouse sits against your palm, or the way the buttons react differently to fingertip and claw grips, that’s all personal preference. 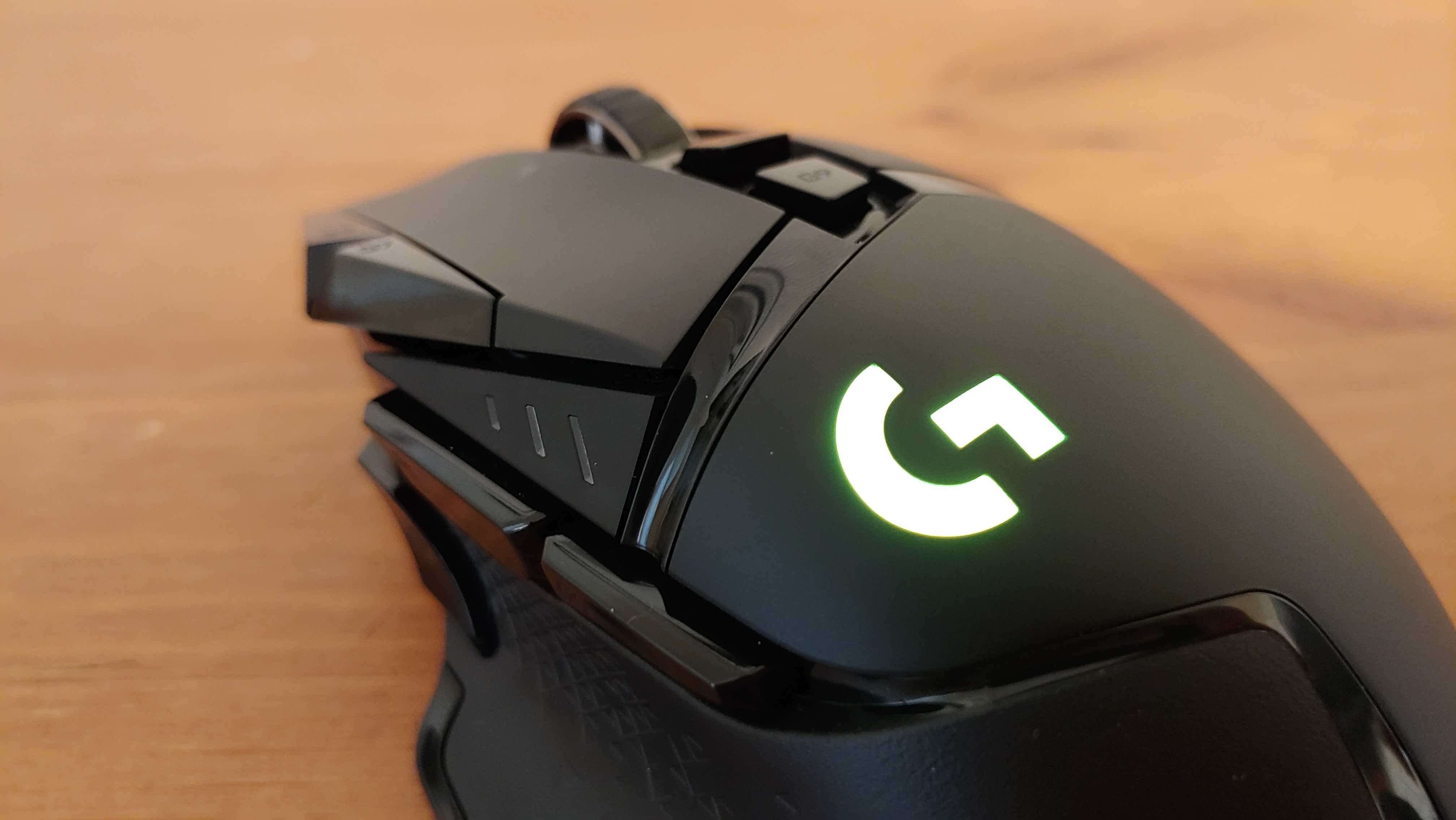 I love Logitech’s G502. I’ve made no secret about it. It’s the only mouse I’ve given top marks to at PCWorld. I’ve used one consistently for five years, and I could keep using a G502 for the rest of my life, no joke. You might read that and think, “Well damn, I should get a G502.” Maybe! And yet some people hate the G502. They think it’s too heavy, or it drags too much, or it has too many buttons, or cite any of a hundred other reasons why the G502 is a no-good-very-bad mouse.

Are they wrong? No, but neither am I. It’s all subjective.

You can’t get a G502 in Zowie’s new Mouse Fitting Kit, of course, but the kit does offer 10 different Zowie mice you can try before making a mouse purchase. The kit will run you $10 up front (plus a $250 hold on your credit card). In return, Zowie ships you the 10 mice in an enormous briefcase-sized box.

I cannot stress enough how large the box is in person. It’s comical. With 10 mice, however, you’ve got a lot of options. The Fitting Kit contains every mouse in Zowie’s current lineup, which further subdivides into four distinct categories:

Okay, so we have four mouse types, three of which are variants on an ambidextrous or symmetrical design. But which one is right for you? It’s hard to know, right?

To make matters worse, Zowie offers all of its designs in various sizes. That’s how we get from four mice to 10. The EC and S lines come in two sizes, while the ZA and FK come in three each. Most manufacturers don’t bother with such granular changes, so a DeathAdder is always a DeathAdder, same size and same shape. But Zowie evidently believes getting the right mouse can mean a difference of millimeters in size.

That all-but-requires you get your hands on these mice in person. Thus, the Fitting Kit.

For what it’s worth, my favorite is the FK2, closely followed by the ZA12. While I usually use a right-handed mouse these days (the G502), I still have a soft spot for Zowie’s ambidextrous design, and these two remind me of my beloved Zowie AM. The FK2 is a bit narrower, and the switches a bit stiffer than I remember, but I find both it and the ZA12 exceedingly comfortable, with that muscle memory that only comes from rediscovering an old mouse you once used for years on end.

Your opinion may differ though, and that’s fine. Hell, that’s arguably the point of going through this process. With the Kit, you have two weeks to test all 10 mice. Then at the end of that two weeks you simply box everything back up and take it to your local FedEx. A prepaid shipping label gets the kit on its way back to Zowie.

My main issue: You have to send back all 10 mice. Most of these services apply the “rental” fee to any product you end up purchasing, and I expected that from Zowie. If you fall in love with a mouse during your two-week trial, surely you just keep it and send the rest back, right?

Wrong. As I said, you have to send back all 10. Then, you purchase the mouse separately, either from Zowie directly or a third-party site. It’s probably easier on Zowie’s end to keep the inventory straight, but it’s clumsy for the end-user.

I’m also bewildered that Zowie’s Mouse Fitting Kit uses its last-gen hardware—specifically, the EC1-A and EC2-A. That means all the mice in this box are built around the same PMW 3310 sensor.

The 3310 was a legend in its day, but has long since been superseded by the PMW 3360 and its variants. Hell, Razer and Logitech are both one generation beyond the 3360 at this point. The 3310 is still perfectly fine for most people, but there are definitely limitations. Hailing from an age before every peripheral needed its own software utility, the 3310 caps the DPI at 3,200 and—more annoying—locks it to four discrete steps of 400, 800, 1600, and 3,200 DPI. You cycle between these four steps with a button on the bottom of the mouse.

While not the end of the world, it does feel distinctly old-school in 2020—and limiting as well. Most modern mice cap out at 10,000 DPI or higher, and while I don’t necessarily think anyone needs a DPI that high, I definitely know people on 4K monitors who would chafe at a 3,200 DPI limit. Not to mention all the people who use intermediary DPIs, like 1,200 or 2,400, supported by most competitors nowadays but not by Zowie.

I’ve long respected Zowie’s plug-and-play approach to peripherals even as other manufacturers trended towards 1GB software utilities. These are stripped-down products that enthusiasts can rely on. But it does feel like Zowie, once known for its cutting edge advances in liftoff tech, has fallen behind the rest of the field here.

Still, I love the idea of the Mouse Fitting Kit and I hope it inspires others to follow suit. Razer for instance sells about a dozen different mouse models at this point, and it would be great for prospective buyers to get their hands on a range of options before putting down cash. That function used to be served by Best Buy and Fry’s and the like, but nowadays? It’s tough.

And the Fitting Kit is better, really. You get to test Zowie’s mice with your own PC on your own desk and in your own home—for just $10. Hard to beat that, unless Zowie let you keep a mouse at the end instead of mandating a second purchase. That would be the ideal system, I think.