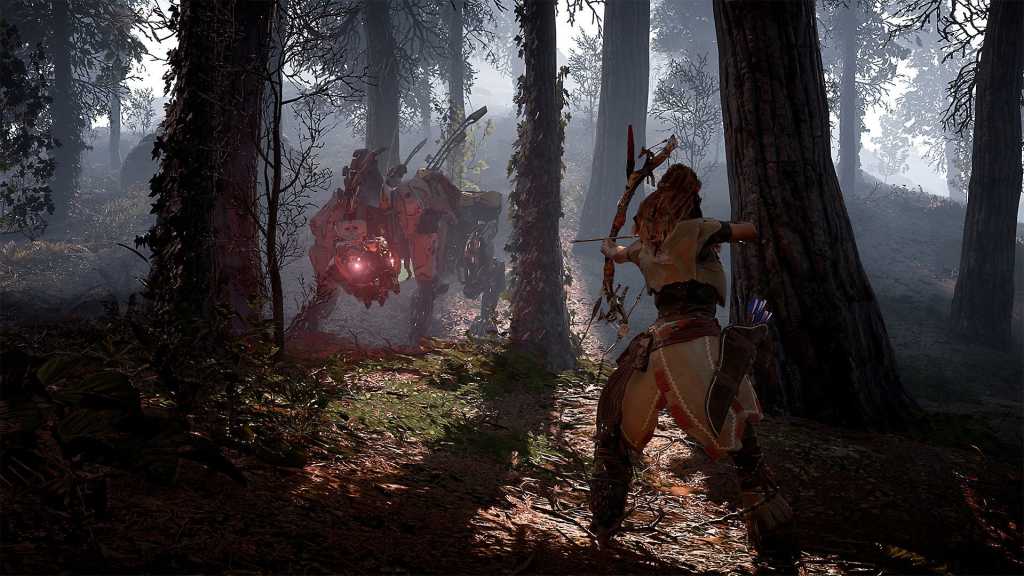 Horizon Zero Dawn is not the first Sony exclusive to make the leap: All of Quantic Dream’s games released on the Epic Games Store last year, as well as Journey and Flower. But it’s the first of Sony’s first-party tentpoles to cross over.

What’s next? To hear Hulst put it, perhaps nothing. Speaking to the PlayStation Blog, Hulst said, “To maybe put a few minds at ease, releasing one first-party AAA title to PC doesn’t necessarily mean that every game now will come to PC. We don’t have plans for day and date [PC releases], and we remain 100% committed to dedicated hardware.”

Hulst is not exactly ruling out future ports, but that’s not the Sony-competes-directly-with-Microsoft war cry I was hoping for. Still, Hulst also said, “Horizon Zero Dawn was just a great fit in this particular instance,” which makes you wonder what else might be considered a “great fit” by Sony.

Probably not God of War, not Uncharted, not The Last of Us 2. If Sony’s going to commit to making people buy a PlayStation 4 (or 5) for a handful of games, then those are the system sellers. You could perhaps make an argument for ports way after the fact, but if Sony isn’t all-in on PC, then I doubt we’d see such iconic characters come over.

What about Bloodborne, though? Or Until Dawn? Shadow of the Colossus? Those are all fantastic games—ones I own on the PS4—but they aren’t necessarily Sony mascots in the same fashion as Kratos and Nathan Drake. Five years after its release, you have to imagine From Software is itching to sell Bloodborne to a legion of rabid PC fans—and sell a second copy to a bunch of PS4 owners. Wishful thinking perhaps, but there’s potential.

For what it’s worth, I’d love to see Media Molecule’s Dreams come over. Part game, part game engine, Dreams is one of the most intuitive and powerful creation suites I’ve seen short of downloading Unreal or Unity. It’s perfect for PC, where you have the added precision of a mouse and keyboard, and where people generally sit down to do modeling and programming and level design work already. Sure, you could argue they should just download actual game development tools at that point, but there’s something about the instant collaboration of Dreams that I find innately appealing. I think that would make it an interesting fit on PC where it perhaps hasn’t found an audience on the PS4.

Who knows? Horizon Zero Dawn certainly isn’t a promise of future PlayStation and PC cross-pollination, but it’s a good sign at least. Tensions are thawing. The console wars are coming to an end. A decade ago, I never would’ve guessed this was possible, and I’m excited to see what the landscape might look like a decade from now.