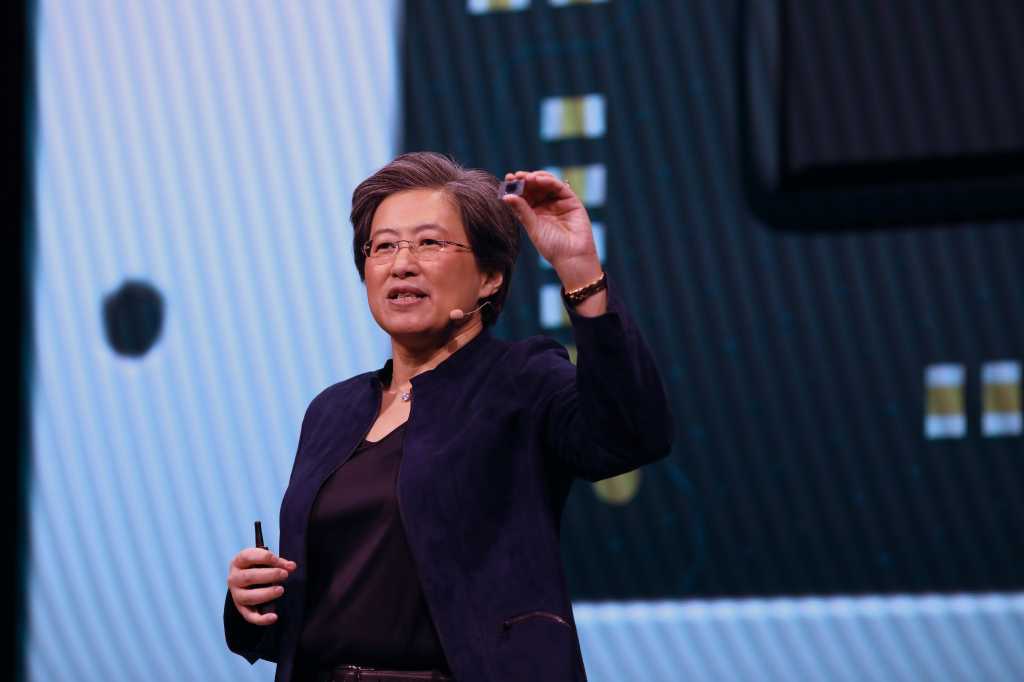 AMD’s upcoming Ryzen 4000 mobile CPUs are expected to leave Intel’s laptop processors in about 7nm of dust when they’re released. But what hasn’t been confirmed is just how well AMD’s new Ryzen 4000 CPUs will compete on the most important number for many laptop users: battery life. It’s worth digging into, as battery life has been an Achilles heel for Ryzen in notebooks thus far.

On Monday, AMD finally unveiled battery numbers that it claims make it competitive with Intel’s best and brightest in unplugged run time—and advocated for a new way to look at testing.

The upcoming Lenovo Slim 7 is expected to hit 18 hours of runtime with the 8-core Ryzen 7 4800U inside. That figure, which company veep Rick Bergman alluded to at AMD’s financial analyst day, is achieved in standard video rundown tests and in the industry standard MobileMark 2014 test made by BAPCo.

You may be surprised AMD is using BAPCo’s MobileMark, considering its well-documented antipathy toward the organization. AMD officials told us it just recognizes the reality that the vast majority of battery life metrics that PC makers publish are based on MobileMark 2014.

For its comparison, AMD said the Lenovo Slim 7 was configured with a 14-inch 1080p screen and 60-watt battery. AMD also tested a Dell XPS 13 2-in-1 7390 with Intel’s 10nm Core i7-1065G7, a 13.2-inch screen, and 50-watt-hour battery, which hit 16 hours and 58 minutes in MobileMark 2014. The comparison isn’t perfect because of the display and battery differences, but AMD said there wasn’t a 13-inch laptop with similar battery capacities among its partners’ designs.

So yes, on a test that AMD doesn’t really believe in, and that has long been seen as over-inflating battery life claims, Ryzen 4000 does just great. But rather than continue using MobileMark 2014, AMD is hoping to change how we all measure it.

The problem, AMD said, is everyone uses a laptop differently. Video playback is a light load, gaming is a heavy load, idling is a super-light load, and web browsing and productivity are moderate loads.

AMD said it’s developed its own way to gauge battery life by using a “blended battery test,” a suite of benchmarks to represent a variety of workloads:

For each category, AMD maps out the battery life doing that one task, and it applies a weight to each category. For example, AMD believes a person might spend 8 hours a day browsing the web and using an Office app, 30 minutes on an intensive all-core CPU task, 1.5 hours gaming and another 30 minutes watching video. For three hours, the laptop might be idle with the screen on while you stare out the window thinking about where to get lunch. Finally, 8 hours could be spent with the laptop in Connected Standby mode, which means the screen is likely off, but the laptop is in an elevated mode that still updates Outlook and other applications in the background.

Obviously, even with AMD’s method, your mileage may vary. While AMD’s approach merits examination, what might be better is to present the raw data for consumers to decide on their own. AMD did that with battery life estimates that project where each laptop would fall on each specific task.

The obvious caveat to all of AMD’s claims is we can’t independently verify any of them until we can test shipping units. Even so, AMD’s ideas have merit—just as some of Intel’s Project Athena plans do. It looks like AMD’s Ryzen 4000 will be very much in the battery life ballgame with Intel.