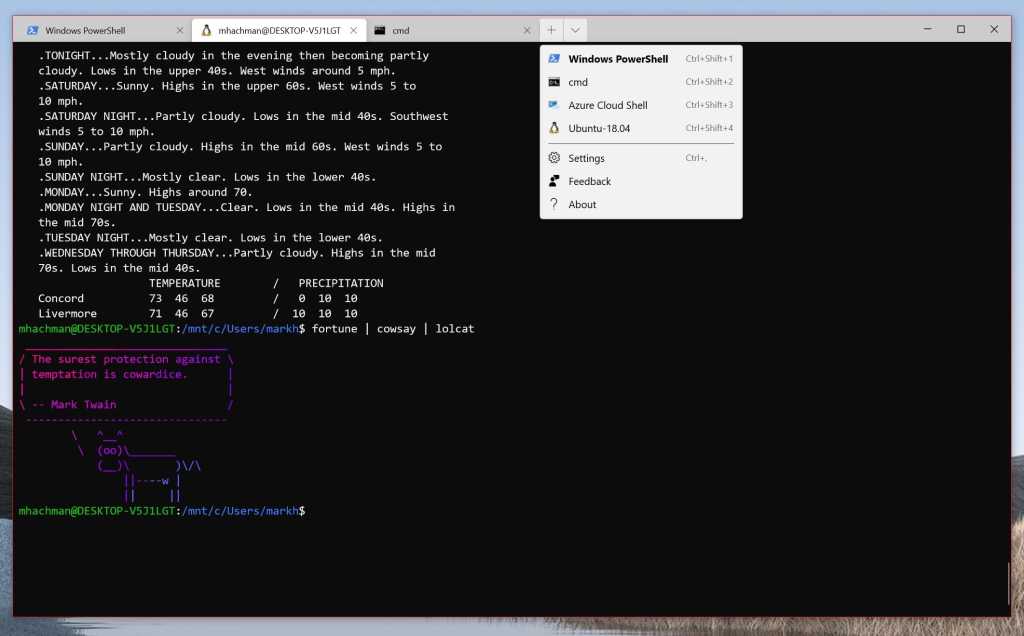 Microsoft confirmed Friday that it will ship Windows Subsystem for Linux 2 in the upcoming Windows 10 20H1 (2004) release, though updates will be handled though Windows Update, and not the app.

As we noted in our review of Windows 10 20H1, Windows Subsystem for Linux 2 (WSL2) is an optional feature that you can add to Windows, or ignore entirely. Basically, it’s a text-based version of Linux that now runs on top of its own Linux kernel, one of the key upgrades over WSL1. Performance should increase as a result.

Before, the kernel shipped as part of Windows, within Windows Insider builds that we used to construct our review. Now, in version 2004, Microsoft is saying that the Linux kernel—again, an optional feature—will be separate, and sent to your PC via Windows Update if you’ve enabled WSL2. Subsequent updates will be handled by Windows Update as well.

“This change will give you more agility and flexibility over Linux kernel updates in WSL2,” said Craig Loewen, a program manager at Microsoft responsible for WSL, in a blog post. Windows Update, Microsoft’s mechanism for updating Windows, already has a feature that allows you to update drivers for firmware and some peripherals drivers, if they’re supported. Now, Microsoft will use Windows Update for updating Linux, too.

Basically, it’s a similar strategy to what Microsoft has done with any number of apps within the Microsoft Store: if you can separate them from Windows proper, they can be developed and upgraded at their own pace.

The idea, though, is that by enabling the Linux kernel to be upgraded via WSL, all of the necessary Linux kernel updates will occur behind the scenes. “Our end goal is for this change to be seamless, where your Linux kernel is kept up to date without you needing to think about it,” Loewen wrote. “By default this will be handled entirely by Windows, just like regular updates on your machine.”

Note that it’s just the Linux kernel that Microsoft is updating via Windows Update. Apt-get update or apt-get upgrade, the way to fetch new packages, won’t be affected, Loewen confirmed via Twitter.