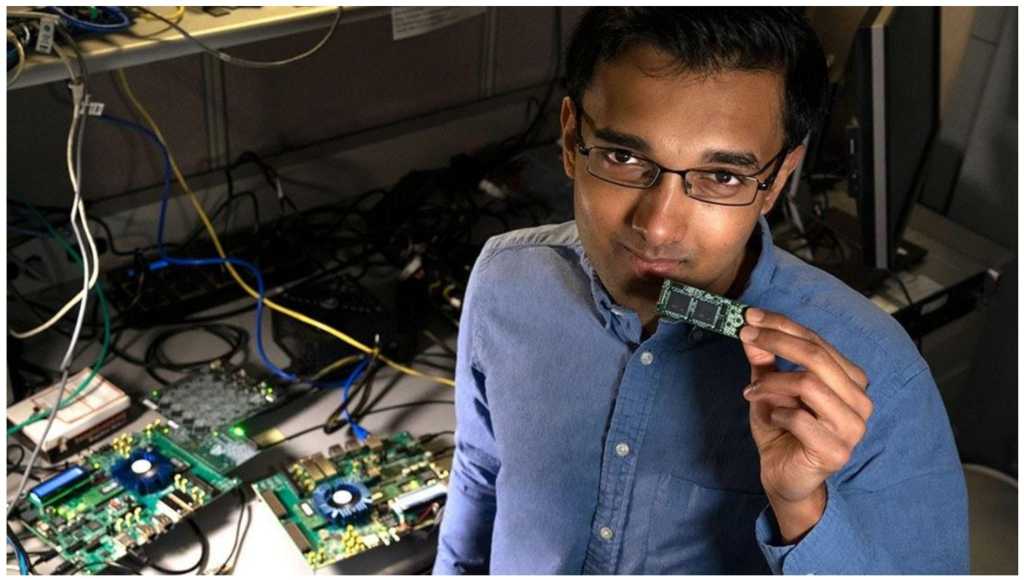 Intel said Monday that it had successfully trained its “Loihi” neuromorphic chip as a sort of artificial nose, identifying the scents of ten different hazardous chemicals.

In a paper scheduled to be published Monday in Nature Machine Intelligence, Intel will describe how it teamed up with Cornell University to train Loihi to interpret and distinguish smells associated with potentially hazardous chemicals. In the future, the electronic noses could be used to identify harmful substances, even diseases. Parkinson’s, for example, has been associated with a particular smell.

Intel said it paired Loihi with the output of 72 chemical sensors, “teaching” Loihi that a particular response corresponded to the presence of a particular chemical. Loihi, which has tried to mimic the way in which the brain works, was taught through machine learning that the sensor’s output corresponded to a particular smell, among them acetone, ammonia, and methane. Intel said that it also used potentially interfering smells as a test to see how well Loihi could do.

According to the Department of Homeland Security, the handheld explosive trace detectors that “sniff” your bags at the airport sample either extremely minute particles given off by explosive materials, or the vapors emitted by such. While those sensors are trying to detect the chemicals themselves, Intel’s work with Loihi is a bit more abstract, trying to model what electrical signals your brain would generate when your olfactory cells fire.

Intel developed the Loihi chip in 2017, a neuromorphic research chip that emulates the human brain. Though the chip was originally designed with 130,000 silicon “neurons” connected with 130 million “synapses,” Intel increased its goal to over a billion synapses in 2019—about as “smart” as a mouse—and even a cluster of 64 interconnected Loihi chips.

“My next step is to generalize this approach to a wider range of problems—from sensory scene analysis (understanding the relationships between objects you observe) to abstract problems like planning and decision-making,” said Nabil Imam, a senior research scientist in Intel Lab’s neuromorphic computing group, in a statement. (Imam is holding a Loihi test chip in the image above.) “Understanding how the brain’s neural circuits solve these complex computational problems willprovide important clues for designing efficient and robust machine intelligence.”