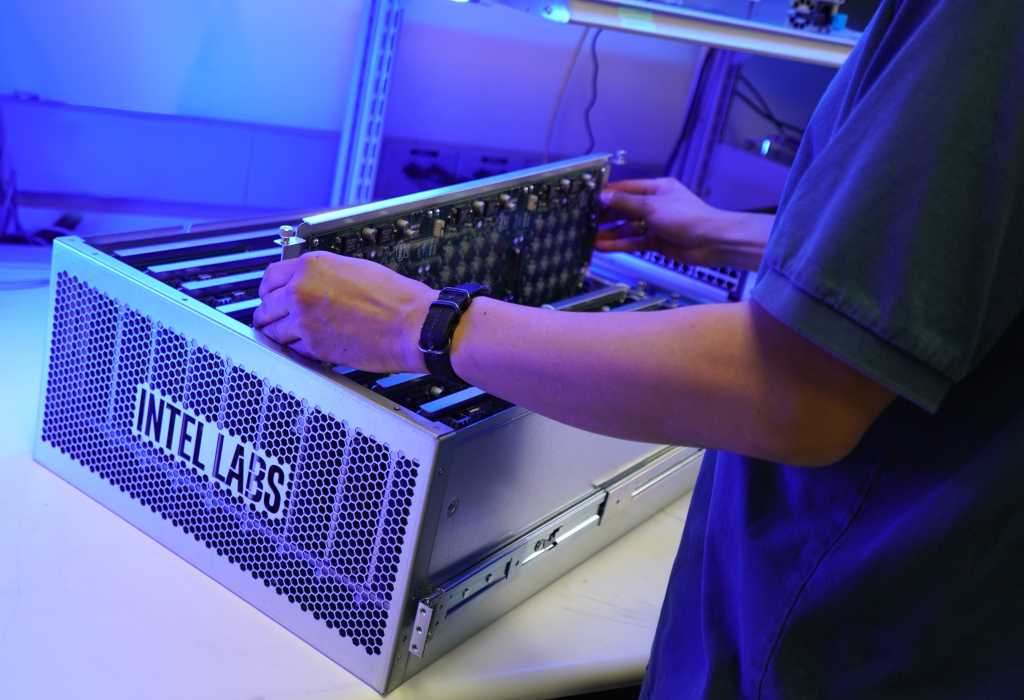 Intel said Wednesday that it has completed “Pohoiki Springs,” the name for its network of 768 of its Loihi neuromorphic “brain chips.” The company will use Pohoiki Springs for machine learning applications, including a possible look at how the coronavirus spreads.

The launch of Pohoiki Springs comes a bit later than expected. Intel’s roadmap that it established last July called for it to be delivered to researchers by the end of the year. Mike Davies, director of Intel’s Neuromorphic Computing Lab, described Pohoiki Springs as having the computational intelligence of about a mole rat, with the equivalent of 100 million neurons inside of it.

The cloud-based Pohoiki Springs system “will be made available to members of the Intel Neuromorphic Research Community (INRC), extending their neuromorphic work to solve larger, more complex problems,” Intel said in a statement.

Intel thinks about Loihi in the same way that it treats Core CPUs: as a fundamental architecture that can be scaled up and scaled down depending upon the needs of the application. For example, a related two-Loihi “Kapoho Bay” device is used for edge processing, taking direct input from cameras and other sensors and interpreting that signal. “Nahuku” combines 32 Loihi chips together.

“So Loihi is kind of hitting a medium sweet spot point, where we have 128 cores in it, we can scale out with multiple chips to go to the high end,” Davies said during a conference call with analysts and reporters. “But it’s also not too big to be useful as an edge device.”

Loihi’s goal, as it as always been, is to be used as a research device for machine learning. It simulates how the human brain works, in an attempt to determine if that approach is in fact a more efficient way to perform ML functions such as identifying and categorizing images according to their content. Earlier this week, Intel taught Loihi to smell.

Another function that Loihi could be used for, Davies said, would be to model what’s known as “small world” statistical models. Small-world models are of interest currently because they model real-world social networks, where people interact and re-interact with others.

Those models “could very well be used to say, model different scenarios for how coronavirus might propagate through the world based on how you cut down links in those graphs, those connections or social interactions, or at least slow them down,” Davies said—a real-world study of how “social distancing” actually works to slow the spread of disease.

Such studies could be performed by a more generic X86 chip like Intel’s Core. But Loihi is designed to be much more efficient under these types of scenarios, consuming only 100 watts in a form factor of a 5U server. “So we’re we’re very excited by these results that we find so far,” Davies said. “And we’re interested in seeing what we can get as we explore this direction of scale.”

Eventually, Davies said, Loihi could indeed end up in a laptop, where a Loihi core or cores could be used to process a user’s visual cues and “enable a more natural way of interacting with your computer,” Davies said.