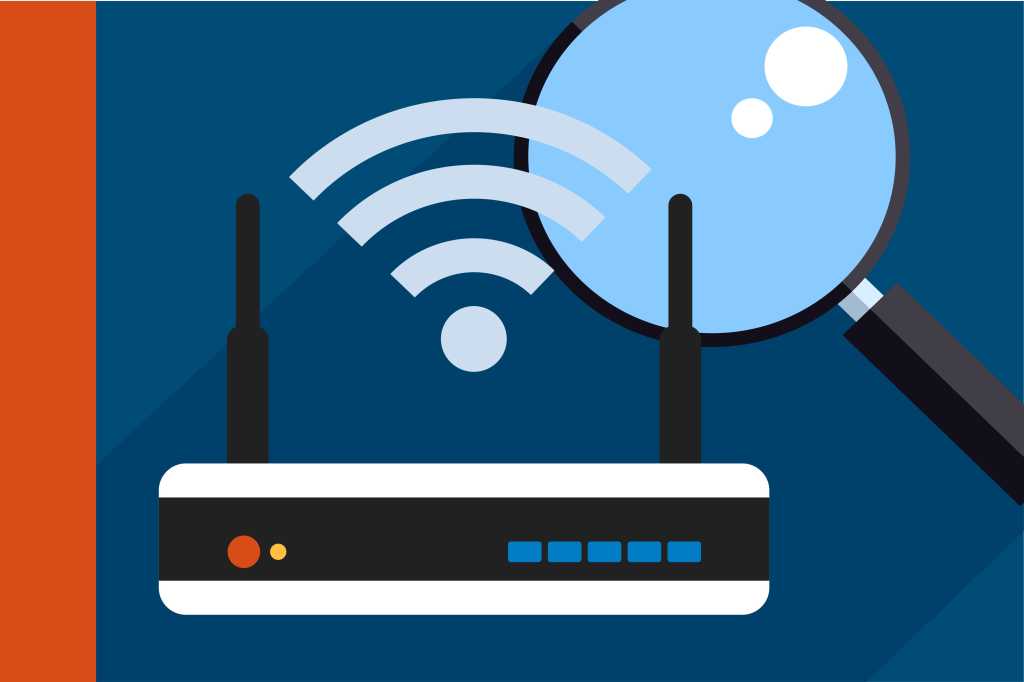 As American businesses are forced to shut down because of COVID-19 (the novel coronavirus), customers are anxious about their bill for Internet access. Data caps, an annoyance in the best of times, suddenly can mean paying additional fees if a family sheltering in place goes over their limit.

Think of it: you’re working from home, videoconferencing over Skype or Zoom, while your kids are playing games and chatting with friends. There’s streamed movies to watch in the evenings. Disney+ and Netflix may be in constant rotation, adding to the bandwidth strain. That’s a lot of data!

In response, some ISPs and cellular service providers are providing relief for customers. Some are merely adhering to the FCC’s Keep Americans Connected Pledge (PDF), which asks the signees not to terminate a customer’s service for non-payment. Others are removing data caps and lowering bills in response to COVID-19.

And others, as you will see in our list below, are doing nothing at all.

All AT&T consumer home Internet customers, as well as Fixed Wireless Internet, can use unlimited data through June 30.

An automatic 10GB of data per month is being temporarily added to customers’ capped phone plans, though that appears to have expired on June 24. Mobile hotspot data was also increased by 15GB per month for those on unlimited cellular plans, through June 30. Navy personnel on select ships are also able to make free calls to military bases, also through June 30.

For the next 60 days, AT&T also pledged not to terminate the service of any customer who can’t pay their bill, and will waive the fees associated with late payments. (Waivers can be applied for here.)  That too expires on June 30. It will also waive domestic postpaid wireless plan overage charges for data, voice or text for residential or small business wireless customers. AT&T will keep its public Wi-Fi hotspots open to everyone, and has automatically increased hotspot data by 15GB per month per line.

Effective April 8, AT&T waived Guam-based international roaming charges for AT&T Mobility accounts through April 30 and retroactively to April 1. New AT&T TV/DirectTV customers will receive a free year of HBO. An AT&T “Summer Camp” collection of content has been added, and AT&T also added a number of free channels to those customers who didn’t already have them.

Until June 30, CenturyLink said it has committed to waive late fees and to not terminate a residential or small business customer’s service due to financial circumstances associated with COVID-19. The company is also suspending data usage limits for consumer customers during this time period due to COVID-19. It has committed to the FCC’s Keeping Americans Connected Pledge.

Consolidated has joined the Keep Americans Connected Pledge, although its support page doesn’t list an expiration date. Consolidated already does not have data caps, the company said.

On March 13, Comcast said that it would pause enforcement of its data caps for 60 days, essentially giving all of its customers unlimited data for that period. (Comcast normally gives its Xfinity customers two “grace” months for every 12, allowing them to exceed their data cap without penalty.)

Comcast is also making its Xfinity WiFi service free for everyone, regardless of whether you’re a Comcast subscriber or not. (Here’s a map of Xfinity WiFi hotspots.) Comcast is also pledging not to to disconnect a customer id they can’t pay their bill, and will waive late fees.

Cox said on March 16 that it is eliminating data usage overages for the next 60 days. Customers with a 500GB or existing Unlimited plan will receive credits. New subscribers to the Cox Starter Internet plan will be able to sign up without an annual contract and receive 50Mbps download speeds.

Cox previously said that it would not terminate service for any residential or small business customers, and would open its Cox WiFi hotspot network to keep the public connected. That will be extended through June 30.

Cox is offering free support calls and the first month free to its low-cost Internet service, Connect2Compete. (It will be free through July 15, Cox added.) Customers on its Essential plan will see their speeds increased from 30Mbps to 50Mbps, and Starter, StraightUp Internet and Connect2Compete packages will be automatically upgraded to speeds of 50 Mbps as well.

Charter Communications’ Spectrum services do not have data caps, and will not terminate service for home or small business users who can’t pay because of the coronavirus pandemic through June 30. Charter said that it will offer free Spectrum broadband and Wi-Fi for 60 days if that household has K-12 students or college students who do not already have a Spectrum broadband subscription. (That offer was extended until June 30. ) Charter also said it will open its Wi-Fi hotspots for public use.

All of Charter’s existing HBO subscribers, including subscribers in its Spectrum Silver and Gold video packages, will automatically be given access to HBO Max for no additional charge.

Earthlink is also participating in the Keep Americans Connected Pledge, and has pledged (as of March 16, 2020) for the next 60 days to not terminate the service of any residential or small business customer because of their inability to pay their bill due to disruptions caused by the coronavirus pandemic, as well as not charge late payment fees a residential or small business customer may incur because of economic hardship related to the coronavirus pandemic.

Earthlink does not offer data caps on its residential service.

Frontier does not have data caps, and this will continue through the COVID-19 pandemic, the company said. It also plans to increase its capacity.

“Google Fi has joined the Keep Americans Connected Pledge,” according to a company spokesman, who has not said to which date it will be effective. Google Fi is also temporarily increasing its limits for full speed data to 30GB per user, for both Flexible and Unlimited Plans as of April 1. After the 30GB limit is reached, a user can pay $10/GB to return to full-speed data for the remainder of the billing cycle.

Google is also extending its billing grace period to 60 days beyond the billing date.  All of these measures are effective as of June 24, Google said.

Mediacom has paused monthly data allowances through June 30 across all broadband service tiers, it said on April 30. New customers who sign up for Mediacom’s Access Internet 60 broadband service can do so for $19.99/mo for 12 months, rather than $29.99/mo. Mediacom’s Connect2Compete service is raising its speeds from 10Mbps down/1Mbps up to 25Mbps down/3Mbps up, and it will be free for the first 60 days. It has also made its Wi-Fi hotspot network publicly accessible, for free, for 60 days.

Through June 30, Mediacom will not disconnect service or assess late fees to any customer who calls and informs the company that they cannot pay their bill.

On March 16, the company said it would make its hotspots, accessible in its office parking lots, available for free public use, and added a  a 15 Mbps internet plan for $10 per month for the next 60 days. On April 28, the company said that it would extend this through June 30, as well as pledging not to disconnect users if they can’t pay their bills. Late fees are also waived, as per the  Federal Communications Commission’s Keep Americans Connected Pledge.

(As of April 1, Sprint has completed its merger with T-Mobile.)

Sprint said on March 13 that it has extended its network to include T-Mobile’s network as well for the next 60 days. Sprint has also signed the Keep Americans Connected Pledge and will waive fees and not terminate services if customers are unable to pay because of the coronavirus for the next 60 days. Customers with metered data plans will now receive unlimited data for 60 days. They will also receive an additional 20GB of hotspot data for the same period.

Customers will be able to place free international calls to CDC-designated Level 3 countries.

Wireless broadband ISP Starry has made Starry Connect, a broadband program for public and affordable housing owners, free through May. Normally, the program, which provides 30Mbps symmetrical speeds, is $15/mo. Starry has also agreed to suspend cancellation of service due to nonpayment due to the coronavirus. It already does not charge additional fees or late fees. Starry’s service does not include data caps, either.

TDS said on March 16 that it will be providing free broadband access to customer households with K-12 or college students. (Proof will be required.) Other than that, TDS is adhering to the FCC’s “Keep Americans Connected” pledge only by agreeing not to disconnect customers who can’t pay their bills for the next 60 days, through June 30. TDS has also opened its Wi-Fi hotspots for the next 60 days to the public, for free.

“We do not have an offer available for 60 days of free service and encourage consumers to be cautious of social media posts that may include fraudulent numbers,” T-Mobile added. The company has also posted resources to help protect customers from scammers.

T-Mobile is extending its commitment to the FCC pledge through June 30, continuing to offer support for postpaid wireless, residential and small business customers impacted by the COVID-19 pandemic.

Verizon will waive late fees and keep residential and small business customers connected if negatively impacted by the global crisis, the company said on March 13. Verizon now says on a new, consolidated COVID-19 response page that that its waiver plan will run until June 30, it added.

Verizon is also upgrading the data plan on its Verizon Innovative Learning program for Title 1 middle schools from 10GB/month to 30GB/month for the next two months, effective March 16. There are no data caps on Verizon home Internet subscribers, a company representative said.

On March 23, Verizon updated its coronavirus relief plans, noting that it will waive overage charges, upgrade fees and activation fees. Verizon has also pledged to not terminate service and waive late fees. Verizon is also adding 15GB of 4G LTE data to consumer and small business plans for free, and adding some free overseas calls to some countries. Verizon will waive the next two months of billing cycles on its Lifeline plan. On April 3, Verizon will launch a new broadband discount program; customers may select any Verizon Fios speed in its Mix & Match plans and receive a $20 discount per month.

Windstream has not announced any relief for customers affected by the coronavirus. The service does not implement data caps, however.

Updated on June 25 with additional information.