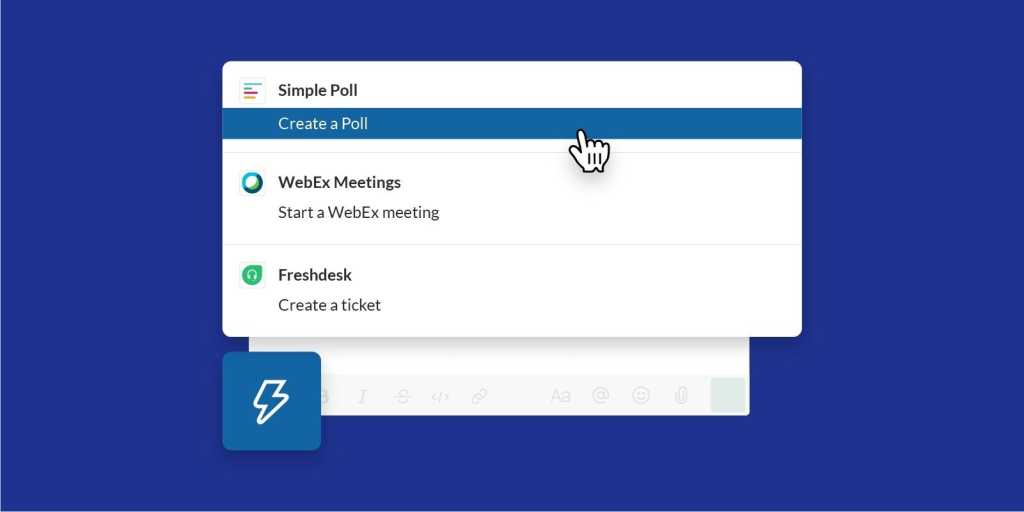 Editor’s Note: Slack said Wednesday, May 13 that it’s updating its iOS and Android apps to add to additional functionality there, too. Part of the interface includes the ability to swipe right to view workspaces and swipe left to view the last channel or direct message you were in. A screenshot of the mobile interface is below.

Beginning Wednesday, Slack users will receive a user interface update that allows them to reorganize the channels in the left navigation bar, along with a tweak that makes shortcuts to related apps much more prominent via a new “lightning bolt” icon.

Though Slack touts the new UI changes as “simpler,” the reality appears somewhat more complex. Slack’s UI adds more visual details than the current version, continuing Slack’s current trend of placing unfinished or “draft” messages at the top of the channel stack. Now, in addition to the “All unreads” messages option, Slack will add a “Mentions and Reactions” option, too.

Slack is also reworking the message compose box at the bottom of the screen. The redesign pushes the “paper clip” attachment icon to the far right, replacing it with a “lightning bolt” icon that encourages users to put shortcuts to popular apps that can be integrated, both smaller (Simple Poll) as well as more popular, such as Cisco’s WebEx. The app shortcuts are essentially a replacement for what Slack considers to be powerful but little-known “slash” commands, such as the “/giphy” command that allows you to insert a GIF. Apps will receive their own dedicated index page as well.

Slack, once the ruler of enterprise chat, has been feeling strong competitive pressure from Microsoft’s own Teams application, which has leveraged Microsoft’s existing relationships with enterprises as well as its Microsoft 365 subscriptions, combining Office 365 and device-management functionality. Teams, for example, has sold itself in part on its close ties to other apps within Microsoft’s Office suite.

Microsoft said last July that Teams has 13 million daily active users, ahead of Slack at the time. (Slack says it has “millions” of users.) In 2018, Teams added a free version, and said it would end Skype for Business in favor of Teams. Meanwhile, Zoom, a videoconferencing app with basic chat capabilities, has also reportedly surged in popularity due to working from home during the coronavirus.

The average paid user spends more than nine hours each workday connected to Slack, including around 90 minutes of active use, Slack said Wednesday. Customers perform 5 billion “actions” each week while interacting with the app. Slack wants to increase that frequency.

A compose button will be added to the top left-hand corner, in case a user can’t decide upon the recipient of the message before they send it, Slack said. And, of course, in the messaging section, the “lightning bolt” icon will summon a list of shortcuts, including apps that can be added to the menu.

”With this new experience, users on paid plans will also be able to organize their channels, direct messages, and apps into personalized sections within the sidebar,” Slack said. “For example, an app like Jira or Asana can be placed in a projects section, so it’s easier to stay on top of issues and tasks.”