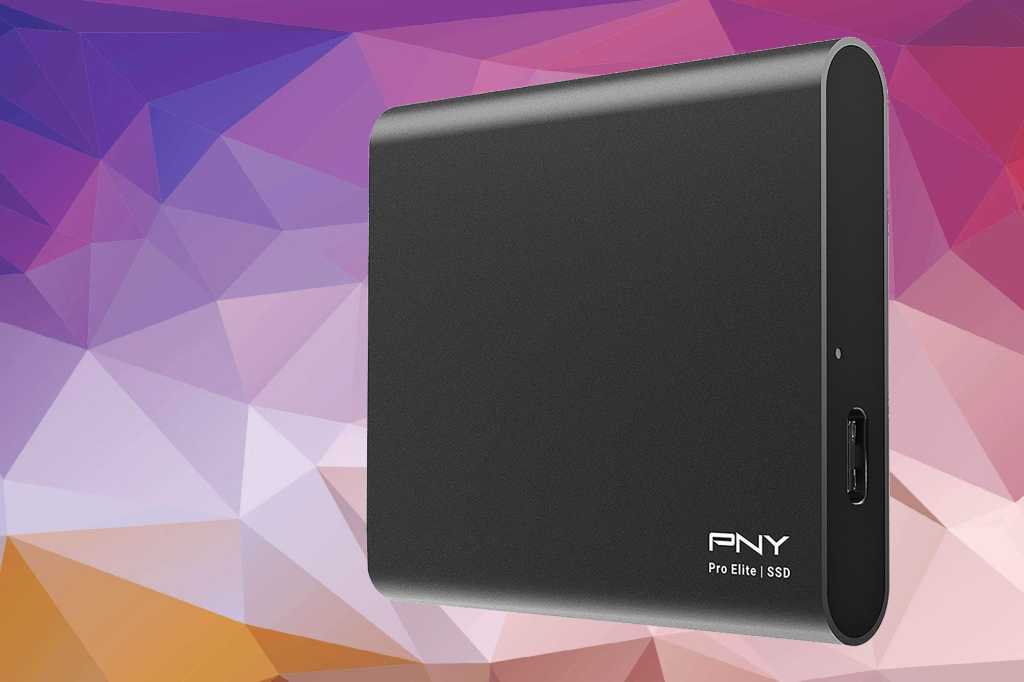 The PNY Pro Elite (CS2060) is a portable SSD that doesn’t break the bank. In real-world testing, it performed on a par with pricier drives. It also comes with the requisite cables and Acronis True Image.

The PNY Pro Elite (CS2060) is a portable SSD that doesn’t break the bank. In real-world testing, it performed on a par with the Samsung T5, and even the newer T7 Touch, but it costs about $20 to $70 less. It comes with the requisite cables and Acronis True Image (one of the best backup programs you can buy), perhaps surpassing Samsung’s amenities, so you miss out on nothing. It’s a great value that earns our Editor’s Choice.

PNY includes both Type-A- and Type-C-to-Type-C cables, as well as a serial for Acronis’s True Image backup software. Two musts and a generous add-on. As I said, you’re not giving up any perks compared to the Samsung T5. The drive carries a three-year warranty and uses a Phison controller, though PNY wasn’t disclosing the type of NAND employed. Given the capacity and state of the industry, it’s likely layered TLC.

The Pro Elite is a good performer. It didn’t match the competition’s numbers in CrystalDiskMark and AS SSD, but actually surpassed three of the four competing drives in real-life transfers. Go figure. We’ll take real-life anytime.

The news above didn’t seem particularly positive, but our transfer tests, shown below, were rays of golden sunshine piercing the synthetic benchmark gloom.

When it comes to the real world, you give up nothing with the PNY Pro Elite SSD except when compared to the SanDisk Extreme Portable Pro, which is easily the fastest external USB SSD we’ve tested.

The PNY Pro Elite SSD offers more bang for the buck than the Samsung T5 and it’s actually a little smaller. It’s a great little portable SSD. That said, the Samsung T7’s fingerprint scanner will be a nice perk for some, and the SanDisk Extreme Portable Pro offers a speed advantage for power users. Buy according to need.