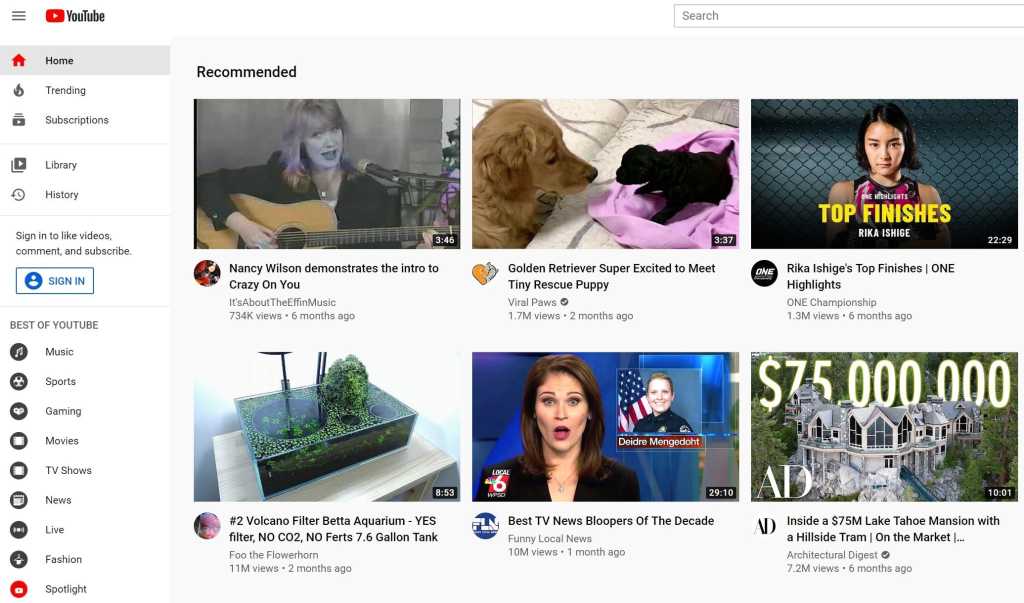 By default, YouTube will begin lowering the quality of its streams around the world to standard definition, reflecting the reality that the more people stream, the greater the toll that video places on internet infrastructure.

Fortunately, that doesn’t mean you’ll be cut off from HD streams. YouTube told Bloomberg that while the SD option will be on by default, you can still manually dial up a stream’s resolution by adjusting settings. Just click on the Settings gear at the lower right-hand corner of the video, choose the Quality button, and select the resolution you want to stream. The default resolution change will begin rolling out on Tuesday and will be in effect for the next 30 days, YouTube said.

The company told Bloomberg that it is changing its default settings because it recognizes that video streams take a toll on networks, many of which are shared with people working from home. With millions more working at home due to the coronavirus, the networks owned by private ISPs are stressed far more than they would be if those workers were using their corporate networks.

“We continue to work closely with governments and network operators around the globe to do our part to minimize stress on the system during this unprecedented situation,” Google said in a statement to Bloomberg.

Last week, both Netflix and YouTube began limiting the quality of their streams in Europe. The European Union’s Internal Market and Services Commissioner, Thierry Breton, asked both streaming platforms to limit their bandwidth consumption in response to the additional strain on the network caused by workers now working from home.

To date, Netflix has not said that it will reduce its resolution on its U.S. streaming service. The company said last week that even its various service tiers (for example, ultra-high-definition, or UHD) have numerous streams within each tier at various bandwidths. What the company did in Europe was simply remove the highest-bandwidth tiers in each category, according to a company blog post.

Netflix has said that it has received similar inquiries by ISPs in other regions about taking similar steps to lower bandwidth consumption, though it hasn’t announced any other changes.  “For other networks, we’ll stick with our normal procedures—until and unless they experience issues of their own,” Netflix said.