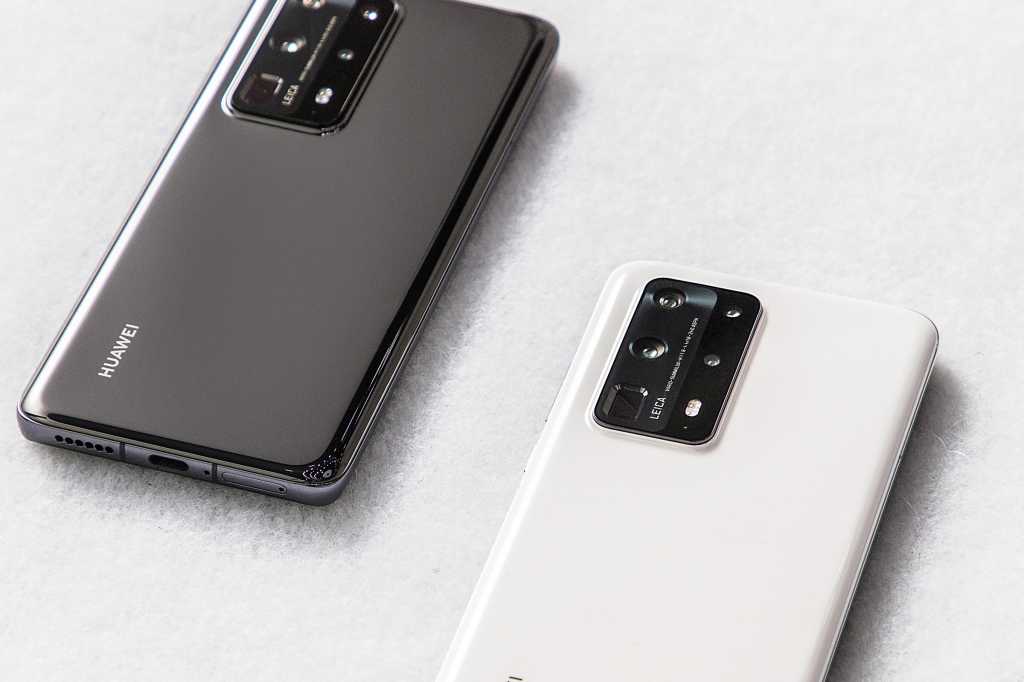 In case you missed it, Huawei unveiled a few new flagship phones in late March. The newest members of its high-end P series, the P40, P40 Pro, and P40 Pro+, are unlikely to make much of a splash outside of China due to the lack of Google apps, Google Assistant, and the Play Store, but they’ll still have a major impact on the global Android smartphone landscape. Here’s how Huawei’s latest flagships will influence the phones you’ll actually buy.

Samsung phones have long had Infinity displays with curved edges that slightly wrap the screen on the right and left sides of the phone, but the I quad-curve overflow display on the P40 Pro and P40 Pro+ takes it to a whole new level. Here’s how Huawei describes it: “Inspired by the art of motion, the display takes on a curved edge on all four sides, creating a shape that is reminiscent of water on the cusp of overflowing from the rim of a filled cup.” In other words, the top and bottom of the glass are curved like the sides, with extremely skinny bezels and a near-all-screen aesthetic.

Where it gets really funky is at the corners. The P40 Pro’s aluminum sides rise at the corners to give the illusion that the display is dipping. It’s a cool look, but even more than that, Huawei has put some thought into the ergonomics. Where phones like the Galaxy S20 Ultra are blowing past the limits of what’s comfortable with bigger and bigger screens, the P40 Pro is designed to feel as good as it looks. I fully expect phone makers to take notice. Don’t be surprised if quad-curved displays become the new hotness in 2021.

We’ve seen some serious advancements in both wired and wireless charging over the past few years, with reverse wireless charging, super-fast 45W charging, and 15W wireless charging. The P40 Pro brings a whopping 40W wireless when using Huawei’s proprietary SuperCharge Wireless Charger Stand. Those kinds of speeds could eliminate the need for cables and lead to the launch of a completely port-less phone. While I wouldn’t expect that anytime soon, it’s likely that next year’s phones will see a huge boost in wireless charging capabilities—meaning you’ll need to swap out all of those stands you have.

Samsung went big with the megapixel in the Galaxy S20 Ultra, opting for a massive 108MP camera to deliver incredibly detailed images. While the main cameras on the multi-camera P40 Pros are “only” 50MP, they pack incredibly large 1/1.28-inch sensors, the biggest Huawei (or anyone, for that matter) has ever put in a phone. It also supports pixel binning to achieve a pixel size of 2.44μm (microns), a massive uptick over the S20 Ultra’s 0.8µm. That should deliver on Huawei’s claim of “massive light, high dynamic range, and low noise” in any lighting and rocket it to the top of the smartphone camera leaderboard.

Huawei’s phones were already among the best in the business, and its new sensors should make the P40 even better at night shots without needing to rely as heavily on AI-powered algorithms. If smartphone makers start to put a heavier emphasis on sensor pixels rather than megapixels, it could bring a massive leap in low-light photography akin to Google’s Night Sight mode on the Pixel 3.

As bezels have shrunk, we’ve slowly lost the biometric convenience and security on our phones. The P40 Pro fixes that by offering 3D face unlock as well as an in-display fingerprint sensor that’s 30 percent faster than in previous generations. That makes the P40 Pro one of the few 2020 phones that offer multiple biometric unlocking options, which will hopefully start a trend among Android phones. The in-display fingerprint sensors on the S20 still aren’t great, and the face unlock on the Pixel 4, while awesome at unlocking, doesn’t have widespread app support. Combined, however, they would work incredibly well. Here’s hoping the S30 and Pixel 5 bring it.

From 5G to Wi-Fi 6, wireless speeds are about to explode. As expected, the P40 Pro supports both next-generation connectivity standards. Along with broad 5G band support (outside of the United States, anyway), it also brings something that the S20 and iPhone 11 and other modern phones don’t have, at least not yet. Huawei calls it Wi-Fi 6, and it uses dynamic narrow bandwidth, which “seamlessly adjusts the bandwidth in environments with poor Wi-Fi signals, and delivers more stable connections,” as well as greater ability to pass through walls and obstructions. Granted, you’ll need the GigaHome 650 Wi-Fi 6+ router and Huawei’s W650 chip to take advantage of it all, but it demonstrates the potential that these next-gen networks can bring to future Android phones.