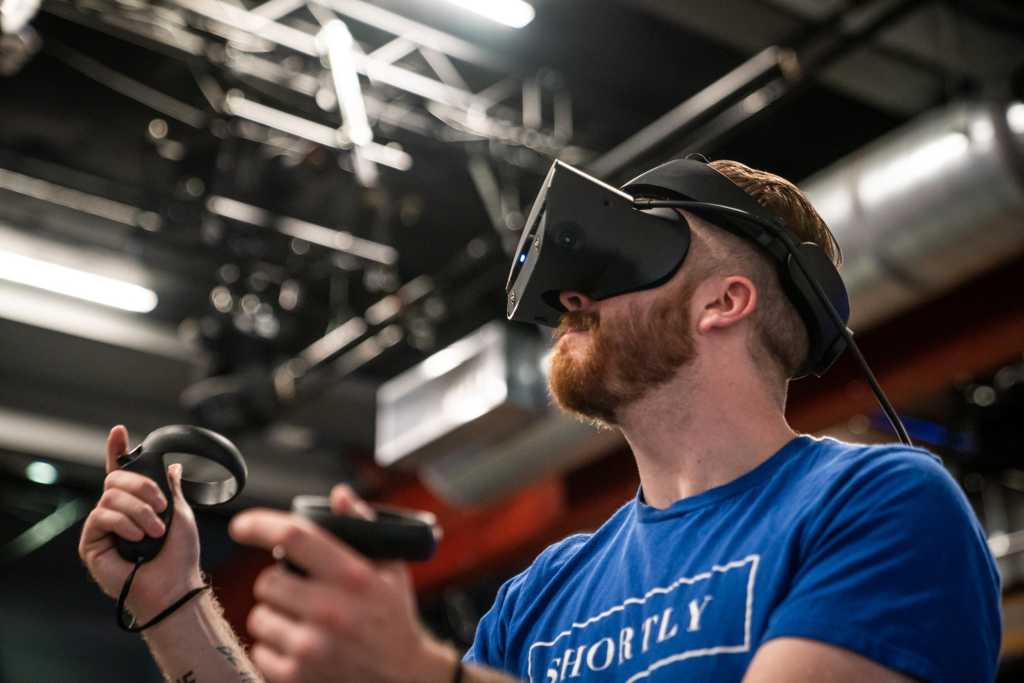 Quarantine, day six. I’m standing in Paris, in one of my favorite spots. It’s a fountain in the Tuileries, near the Louvre. There are green metal chairs scattered around, inviting people to sit and relax for a few moments, or for an afternoon. Wind mixes with birdsong as I stand and take it all in. It feels as if I’m the last person on Earth, standing here alone in an empty park—but at least I’m outside.

Quarantine, day seven. I’m in a different city, vaguely Soviet in appearance. Again, there is nobody else around—or nobody living, anyway. City 17 is quiet, but for the headcrabs. I holster my pistol and admire the crumbling remains of the North Star Hotel, imagine it in happier times.

Day eight, I’m in space. Day nine, I’m on a safari. Every day a new experience without ever leaving my house. Virtual reality is keeping me sane in isolation.

I’ll admit, I’m weathering San Francisco’s shelter-in-place better than a lot of people. I feel fortunate on that front. I’ve worked from home for going on eight years. My desk is here, my PC is here, and I’m (disconcertingly) used to spending hours in my bedroom without seeing anyone else. And hey, there are video games releasing. Doom Eternal, Animal Crossing, the first Control expansion—I’ve been busy.

Still, I’ve started to feel cooped up these last few days. It’s like breaking a finger or something. You don’t really notice how often you use your ring finger until you can’t. Similarly, I didn’t really appreciate how often I’d step outside day-to-day until I couldn’t anymore. Taking a walk to mull over an article idea barely registered in a world where I could leave my house, y’know, whenever I wanted. But lately I’m feeling nostalgic about popping out to buy potato chips.

Luckily, virtual reality is having a moment. Last week I got access to Half-Life: Alyx, which prompted me to pull my Valve Index off a shelf and plug it in. I’d been putting it off since moving to this apartment last summer, using the Oculus Quest and recently the Oculus Link cable for the rare VR excursion. This was Half-Life though, and I was going to use the good hardware even if it took 30 or 40 minutes of furniture arranging and setup.

That process still sucks. It’s not difficult per se, but it’s annoying—like summoning the energy to go to the gym after a while away. But then it was done, and that meant not just Half-Life but the entirety of virtual reality was once again open to me. I’ve been spending a lot of time with the headset on this week, and I think it’s helping.

There’s a practical aspect to it, obviously. It gets me out of my chair and away from my desk. That alone is important, forcing me to get up and walk around instead of staying sedentary all day. And I’m back to using VR as exercise on a daily basis. Beat Saber and Pistol Whip are my games of choice, raising my heartrate for an hour or so at a time. It might not be as strenuous as going to the gym, but…well, that option’s not available right now. I can almost guarantee some basic cardio is better than sitting motionless for eight to ten hours.

Exercise is only one small facet though. It’s just nice to be somewhere else for a few hours. Anywhere that’s not my small San Francisco bedroom-apartment.

I don’t get that escape from normal games. Not to the same extent, at least. Sure, video games are great time-wasters—and that’s vital, when you’re stuck inside for days on end. But I’m always very aware I’m playing a video game, at my desk, in my bedroom. I spent a kickass couple of days with Doom Eternal, but it still felt like binging in isolation.

Virtual reality is different though. It feels like it’s happening to me. Not all the time maybe, but in its best moments. Layers of artifice fall away. The headset brings me into the world. The controllers let me interact with it.

I’ve always found Google Earth VR fascinating, but this week rekindled my love affair. Berlin, Paris, London, Dublin, Sydney, Mexico City, New York, all the world’s cities are here in my bedroom. And sure, Google Street View images are a pale imitation of reality—but with reality off-limits, virtual reality is the next-best option. It’s even reassuring in a way, traveling to popular tourist spots and seeing the crowds of people frozen in time, like a connection to “normal.”

Half-Life was just as important though. Maybe more important. City 17 isn’t a real place, but it felt real enough for the three or four days I spent reviewing Alyx. I’ve already written at length about Alyx and won’t belabor the discussion here, but suffice it to say combat wasn’t much of a highlight for me. Instead I enjoyed walking around a run-down zoo, or exploring a decommissioned distillery.

There wasn’t much to do in those places except shoot headcrabs, but when I think back on this past week it still feels like I left my house. As far as my brain is concerned, I wasn’t just cooped up in this bedroom the entire time treading the same 12-foot by 10-foot patch of floorboards. I was in that zoo. I was in that distillery. I was exploring.

That’s what has made virtual reality such a vital part of my day-to-day in lockdown. Earlier this week I visited London’s Natural History Museum and chatted with David Attenborough, courtesy of Hold the World. Today I plan to visit the Smithsonian, as well. I even walked through Van Gogh’s Starry Night reimagined as a 3D space, courtesy of Art Plunge.

There are also the old standbys of course. I’ve restarted Lone Echo again, floating through space all by my lonesome. Tetris Effect and Tilt Brush are there when I need to relax. I never finished Arktika 1. That’s tempting given I loved Metro Exodus.

And then The Room VR released last week, giving me another collection of places to explore. I don’t know why developer Fireproof chose to release the same week as Half-Life, but they did and I’m grateful. Fireproof has always been great about setting up “a room,” as you might expect from the title. Every location I’ve seen in The Room VR is imbued with layer upon layer of secrets hidden in the scenery. The scale is smaller and the environments less realistic than Half-Life, but it’s immensely satisfying tinkering with these overwrought machines and deciphering how they work one onion-layer at a time.

I’m already hooked—and just like that, another day has passed.

Anything is possible, and that’s the joy of it. I didn’t need a global pandemic to recognize the merits of virtual reality, but it’s certainly bolstered my appreciation. What was once only theoretical—possible applications of VR touted (in particular) by Facebook—now feels very real and very pertinent to my day-to-day life.

That doesn’t mean I’m all-in on social VR yet, and I haven’t held any meetings with the headset on or anything. I’m not that deep into it. It’s helping though. VR is the barest substitute for real-world interaction, but I’m finding it at least takes the edge off the isolation. There’s a world beyond my bedroom, and if I can’t go to it then I can at least bring it to me for a few hours at a time.