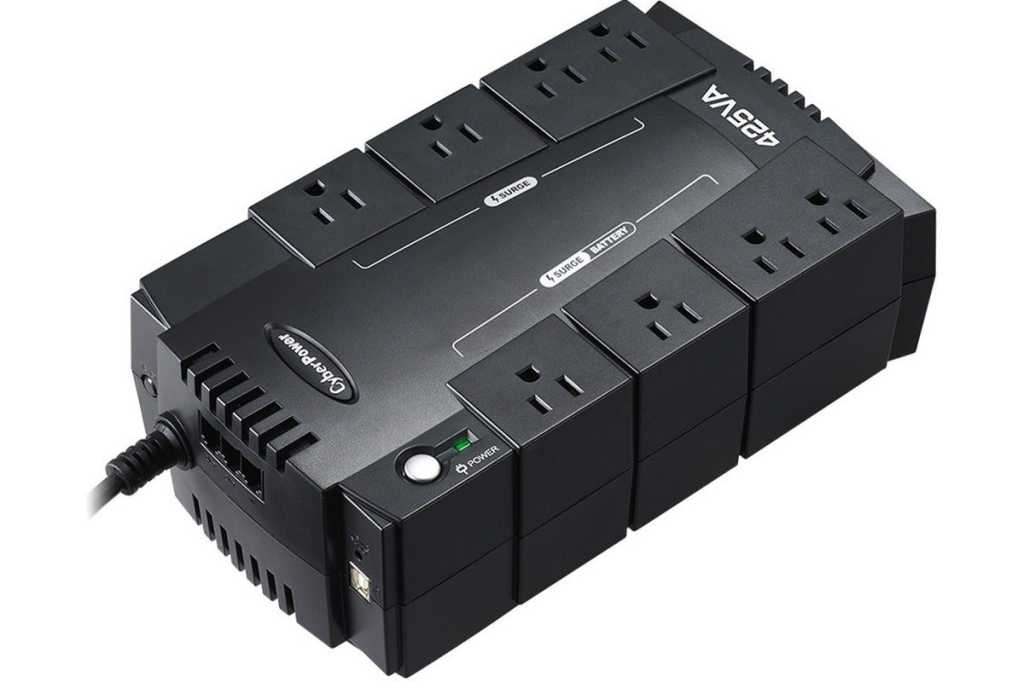 Electricity is a fickle beast. One minute it’s supplying you with Internet, Netflix, and Zoom. The next minute it’s surging through your wires blowing out your gear, or a power outage makes you lose your progress in whatever you were working on. Today’s deal helps protect against both concerns. B&H Photo Video is selling a CyberPower Standby UPS Backup for just $30Remove non-product link. This unit usually sells for around $50.

The CyberPower CP425SLG features eight standard power outlets. Four of them have basic power surge protection. The other four protect against power surges and work with the uninterruptible power supply (UPS) battery.

The basic idea with a UPS is that it offers enough power to safely shut down your gear when the power goes out. This particular UPS supports up to 255 Watts of power, with up to two minutes of runtime under full load or seven minutes under half load.

This UPS has enough juice to support a standard home computer that’s handling tasks like editing a spreadsheet, document, or photo. If you get into anything much heavier like gaming or video editing–basically anything with a beefy graphics card under load–this UPS won’t fit the bill.

It’s also a solid choice for the living room, or for laptops without a trustworthy battery.