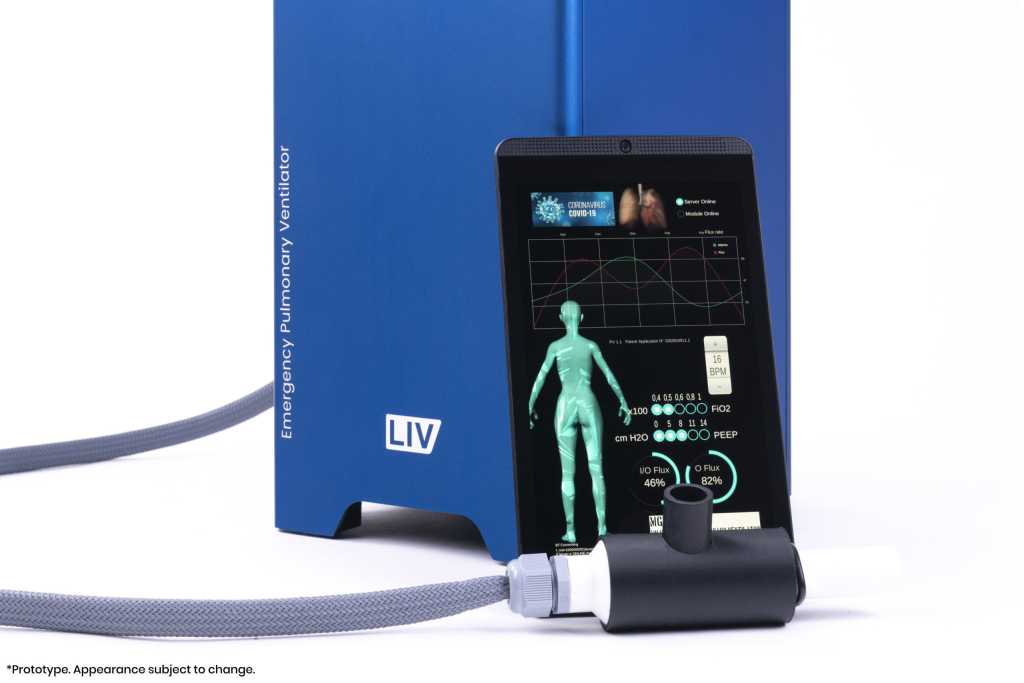 Maingear, a boutique PC maker, has shifted to making ventilators. On Thursday, the company announced the Maingear LIV, which the company will make and sell to hospitals and other healthcare providers.

The idea for the emergency pulmonary ventilator was sparked by Rahul Sood, Maingear’s chairman, according to a video published by Maingear and its CEO, Wallace Santos. In it, Santos shows off the prototype ventilator, designed in conjunction with a board of advisors made up of medical personnel.

Maingear is based in New Jersey, a state which has been hard-hit by the coronavirus. Neighboring New York state has more than 140,000 confirmed cases, as of Thursday, and New Jersey has over 44,000.

“Within days of assembling our team, we had our first prototype ventilator ready to go,” Santos said in a statement. “Besides the lack of medical supplies and equipment, we think there will be a shortage of medical professionals who can operate these devices, especially in field hospitals, so we also made it incredibly simple to use. Now we need help getting the word out to the appropriate people.”

The LIV looks like a PC, small and squat, and Santos said that that was deliberate to make sure it was simple and easy to use. The LIV contains multiple sensors and redundant power supplies, and can be operated by a tablet interface. (Perhaps more importantly, Santos went on to say that the LIV doesn’t require it to be run using the tablet, probably a good thing in an overcrowded, overstressed hospital environment.)

Maingear and state and local officials are in discussions to place LIV ventilators where they are needed most, the company said. However, the company hasn’t estimated how many LIV ventilators could be produced at a time, and it hasn’t said when those could be up and running. It has not been FDA-approved, either, though it hopes for quick certification. The company did say, however, that it’s re-tooling much of its production space for mass assembly of the LIV.